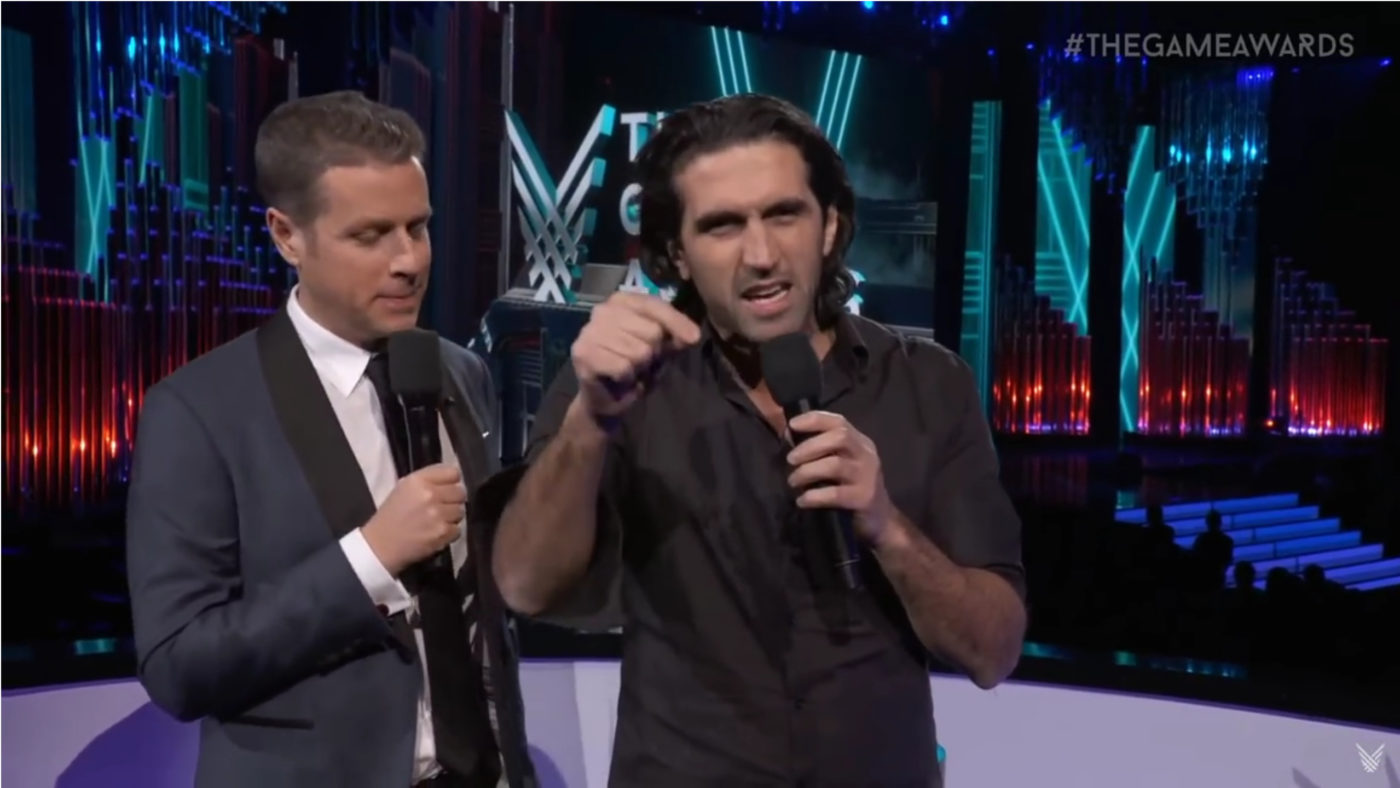 The Game Awards is often described by many as the Oscars of video games; a way of validating the awards show as something that should be taken seriously for what it represents for the gaming industry. For many, this validation of the art, of the field, is crucial for the future of video games. For others, such as the writer and director of A Way Out Josef Fares, The Game Awards doesn’t need that validation.

As Fares stated during his bombast on The Game Awards late last week, “the Oscars should fuck themselves up, this is the shit. I’m telling you — this is, this is the real shit.” The rant went viral but left many bewildered as to why Fares had such a disdain for the Academy Awards, as well as if the developer lamented what he said.

To find out, Polygon reached out to Fares for a phone interview to pick the brain of the passionate developer.

I can’t change who I am, it’s very hard to control. When I get excited, it’s like — it’s hard to control. Like, it’s almost like: In my head I want to say something, but my mouth, it kind of, like, takes out everything.

“I mean, I would probably do the same thing now,” Fares continued, standing by his words and showing no regret.

When asked why he continued to call out the Oscars, Fares said that people need to stop treating The Game Awards like it’s the Academy Awards, and that “it’s time for people to understand that games are, like, a serious art.”

This sentiment that people don’t consider video games to be art or at least serious art has been decades in the making. Many people not familiar with the gaming industry, its artists, designers, producers, developers, etc., believe that video games are nothing but child’s play.

However, that attitude has been dwindling, as illustrated by a awards show that, as host and creator of The Game Awards Geoff Keighley says, had more than three times as many viewers as last years rendition.