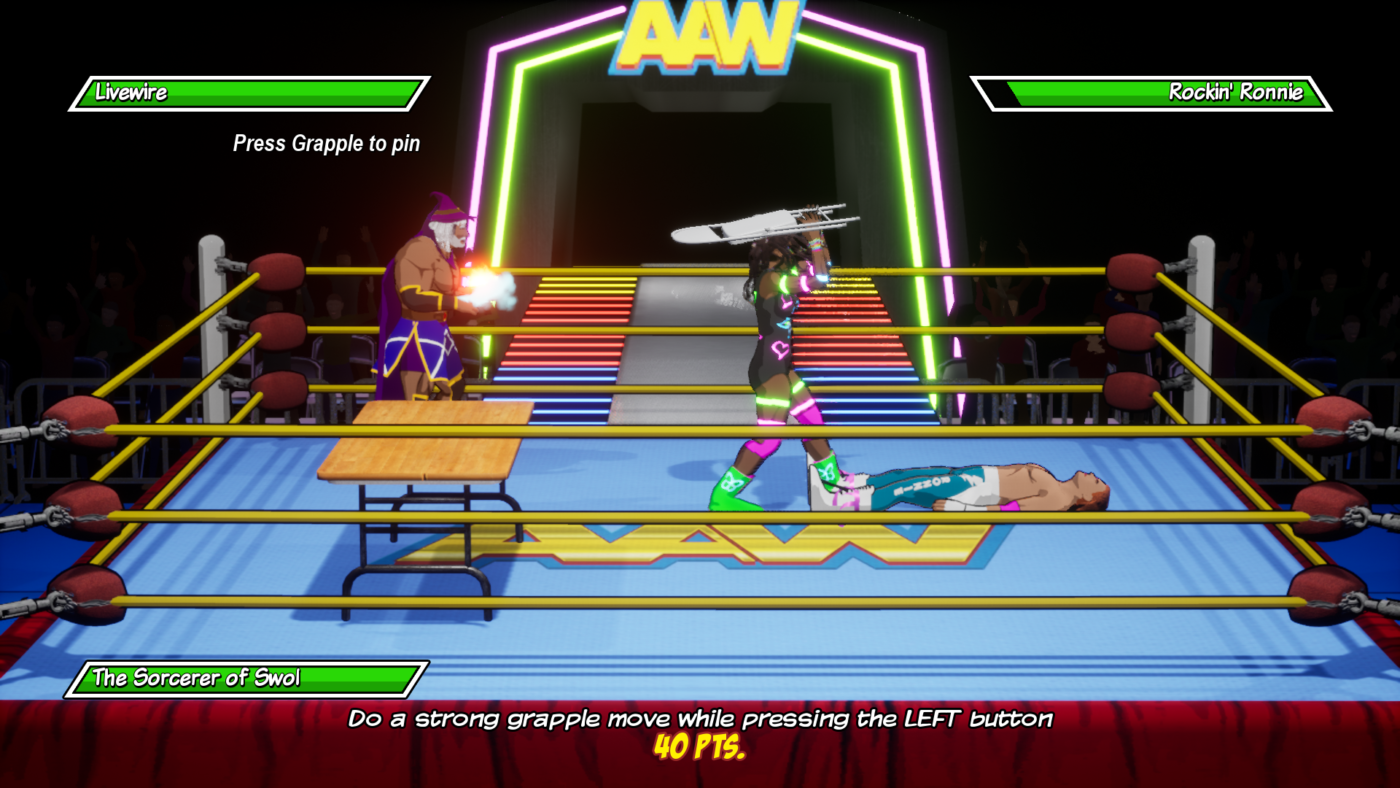 If you’re looking for a new wrestling to play with friends or just fool around in, indie developer VICO Game Studio has announced Action Arcade Wrestling! It’s an arcade wrestling game set to come to the PS4, Xbox One and Nintendo Switch in Spring 2021!

Check out the trailer and first details below.

Action Arcade Wrestling brings everything you love from ‘90s wrestling games with its own twist of chaos and fun. Join the action and step through the ropes in this fast-paced, arcade wrestling extravaganza to superkick the overly simulated wrestling games out of the ring! Choose from a roster of 30+ outrageous wrestlers executing powerful attacks and superhero-like abilities in the most over-the-top wrestling game ever conceived.

Action Arcade Wrestling will feature over 30 wrestlers, and these won’t just be able to do your standard bodyslams and whatnot, but they’ll even be able to do superhero-like abilities, and other over-the-top moves! The game will also feature the AAW Wrestle Lab where players can imagine and create their wrestling hero/villain (which should come in handy in replicating familiar WWE faces).

For arcade wrestling fans, mark your calendars. Once we know the full release date for the game, we’ll let our readers know.