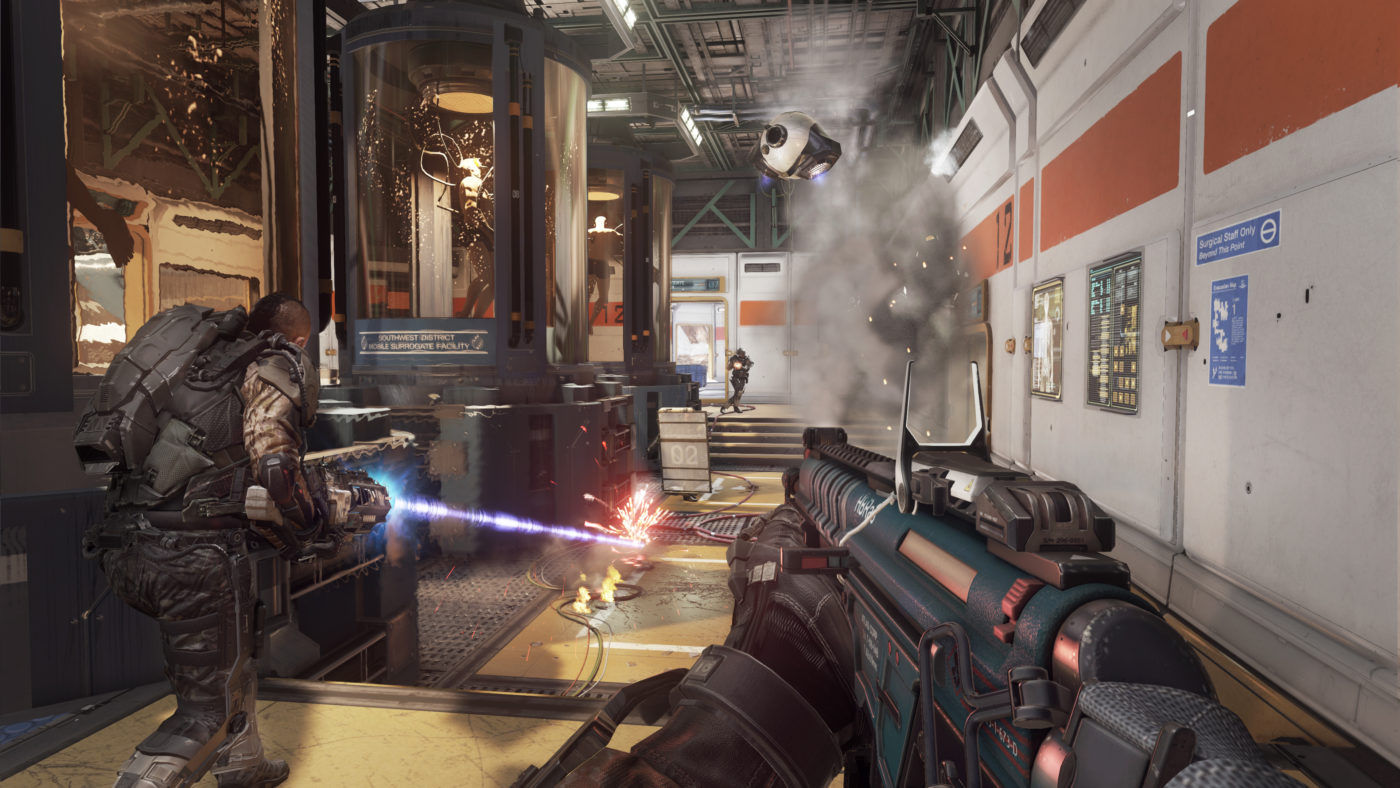 What was rather ambiguous during the reveal of Call of Duty: Advanced Warfare’s multiplayer is now becoming clearer as Sledgehammer Games co-founder Michael Condrey continues to interact with fans of the studio’s upcoming shooter.

On Twitter, Condrey was able to confirm to one questioner that practice bots will be featured in a mode the studio is tentatively calling the “Combat Readiness Program.” Practice bots have been a heavily requested feature since they were last available in Treyarch’s Call of Duty: Black Ops 2 and Infinity Ward’s Call of Duty: Ghosts and it appears Sledgehammer continuing the trend.

Elsewhere, Condrey dropped a few more details on Advanced Warfare’s Supply Drops feature, confirming that they will unlock multiplayer content through the game’s single player campaign and will offer rewards based on difficulty level. He also mentioned that weapon camos can still be unlocked traditionally, in addition to camos earned through Supply Drops.

Lastly, Condrey offered a few specifics on aim assist in Advanced Warfare and confirmed that a third-person view mode will not be available at launch.

Check out his Tweets below:

@GaryHamlett3 @GlenSchofield yes, in a mode we are tentatively calling Combat Readiness Program, and yes, in every mode.

@OpTicMiDNiTE @z0mgItsHutch Aim assist has not been reduced. However there are now options to turn it off.

@JestoniOpinaldo yes, some will be like that and rewarded off challenges completed.

Condrey’s been on a bit of a streak with intriguing multiplayer announcements. Earlier, he confirmed that Advanced Warfare will offer a traditional multiplayer playlist that does away with Exo Abilities and Exo movements. He also touched on dynamic maps, hardcore game modes, and prestige details.