Anthem Customization Allows You to Choose Textures, Here Are Examples How Detailed the Cosmetics System Is

Yesterday, BioWare did a livestream of Anthem where the studio showed off the shared world action games’ customization elements when it comes to how your javelin looks in the game. While being able to customize your appearance in multiplayer games isn’t anything new, the level of detail and how deep the cosmetics customization is in Anthem is on another level. 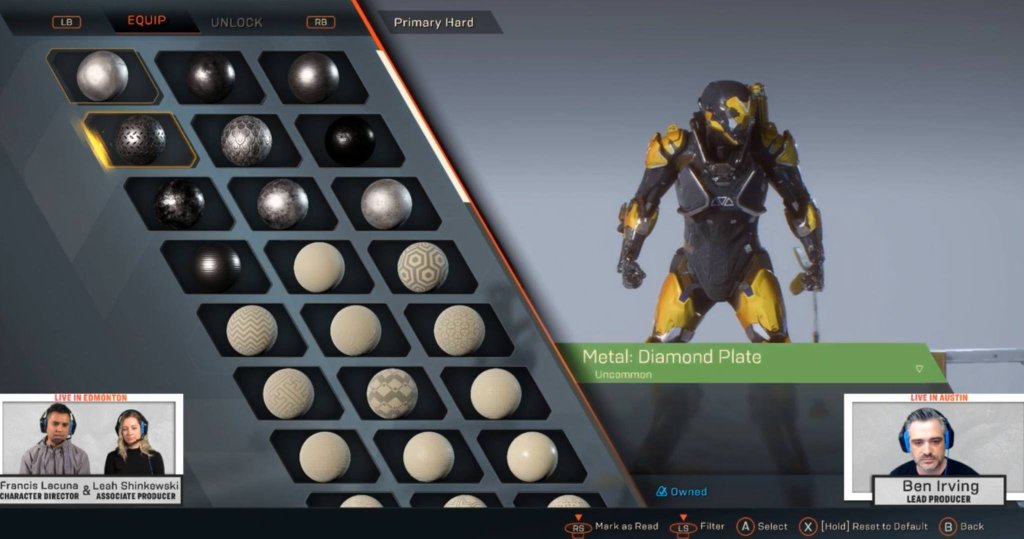 In addition to the texture customization for javelins, BioWare has made it so that the Anthem customization system will let you change the color of your arms, head, body, legs individually and on three different layers, which is insane if you think about it.

Here are a few examples: 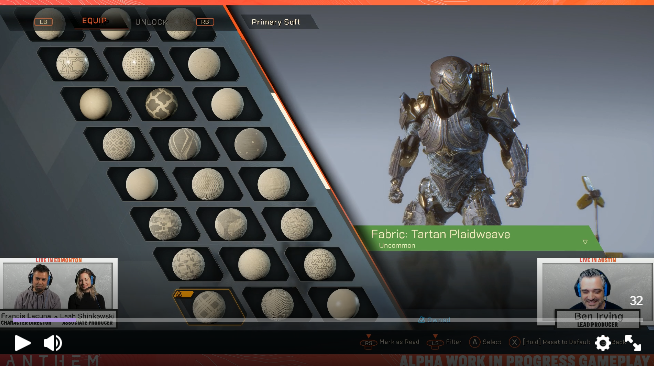 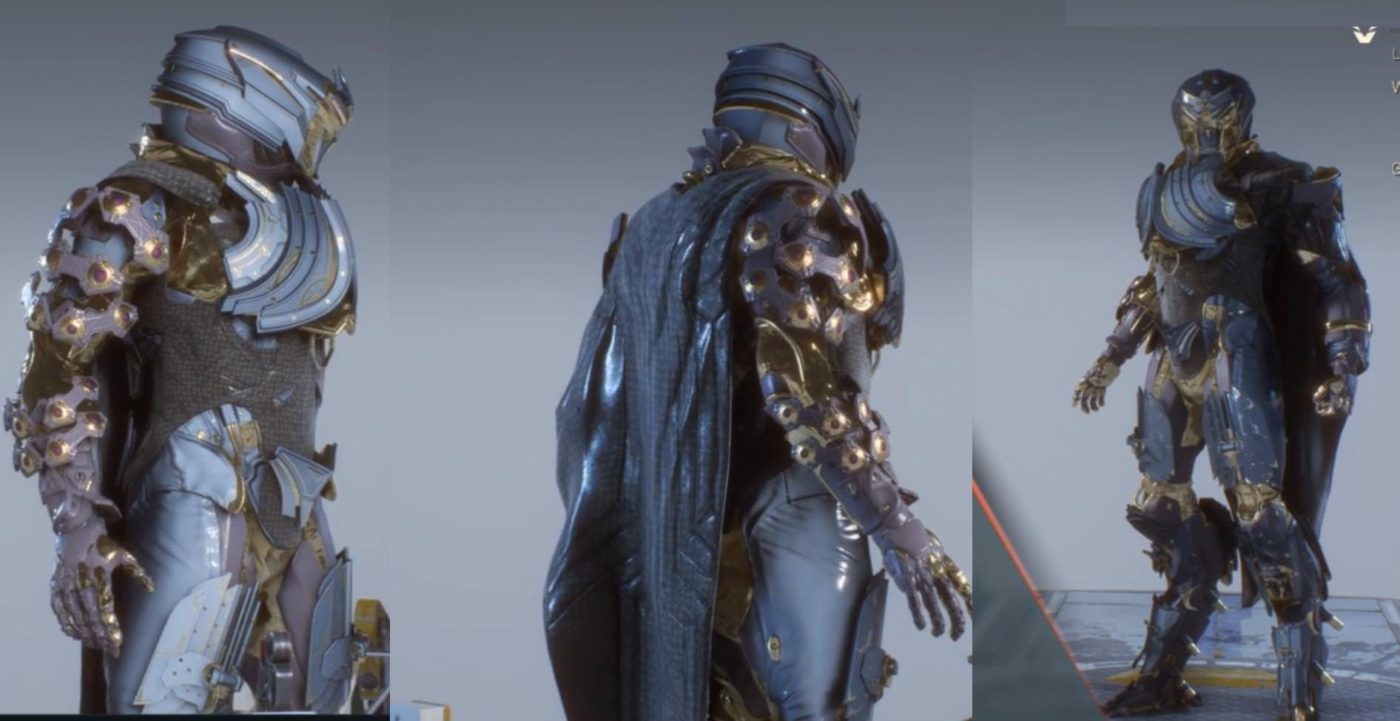 If that wasn’t enough in terms of armor customization, BioWare has also confirmed that players will be able to choose whether they want their armor to look worn or brand new, too!

Are you surprised at Anthem’s customization options? What sort of armor customization do you want that might not be touched on by the studio? Personally, I can’t wait to rock my pink and baby blue javelin armor just to mess with people.