While Anthem might not have been the critical success EA and BioWare were hoping it’d be, it seems the sci-fi loot shooter is still earning a lot of money for parent company EA.

In a new report published by research firm SuperData, it mentions that Anthem revenue via digital has now surpassed $100 million since launch, and had an “above-average” download rate. It also mentions that in-game spending came in at $3.5 million across both platforms.

Check out the top grossing titles worldwide for February 2019. 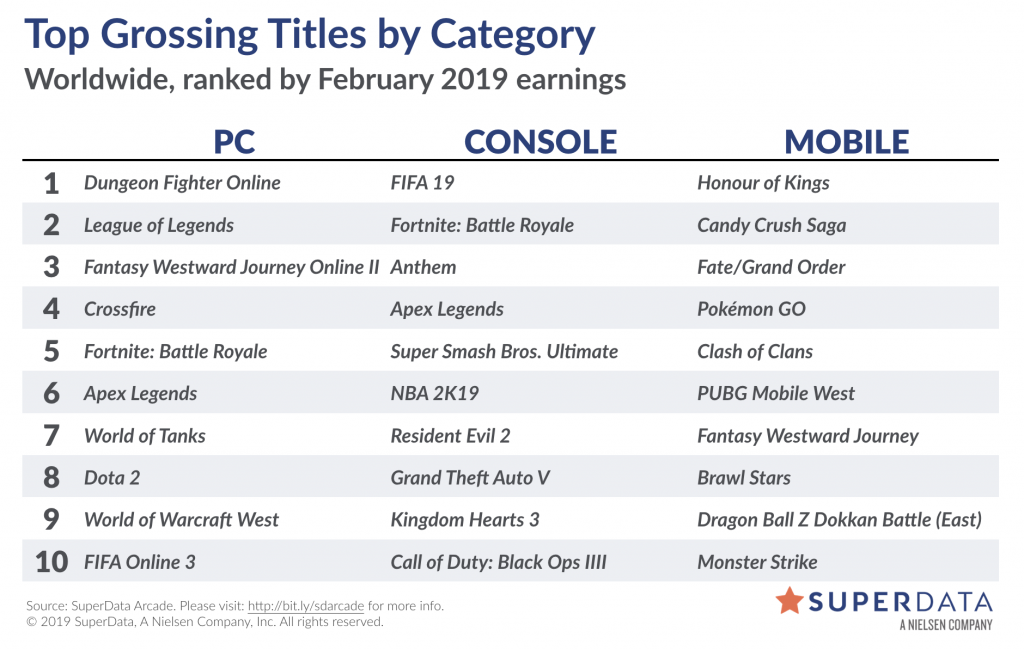 This is definitely good news for Anthem players. While BioWare has shown no signs of stopping support anytime soon, the fact that the game is earning quite a bit of money for publisher EA should alleviate the concerns of some that it might be left in the dust. Speaking of support, BioWare has confirmed that a new patch is set to drop next week, and here’s some of the planned changes in it.