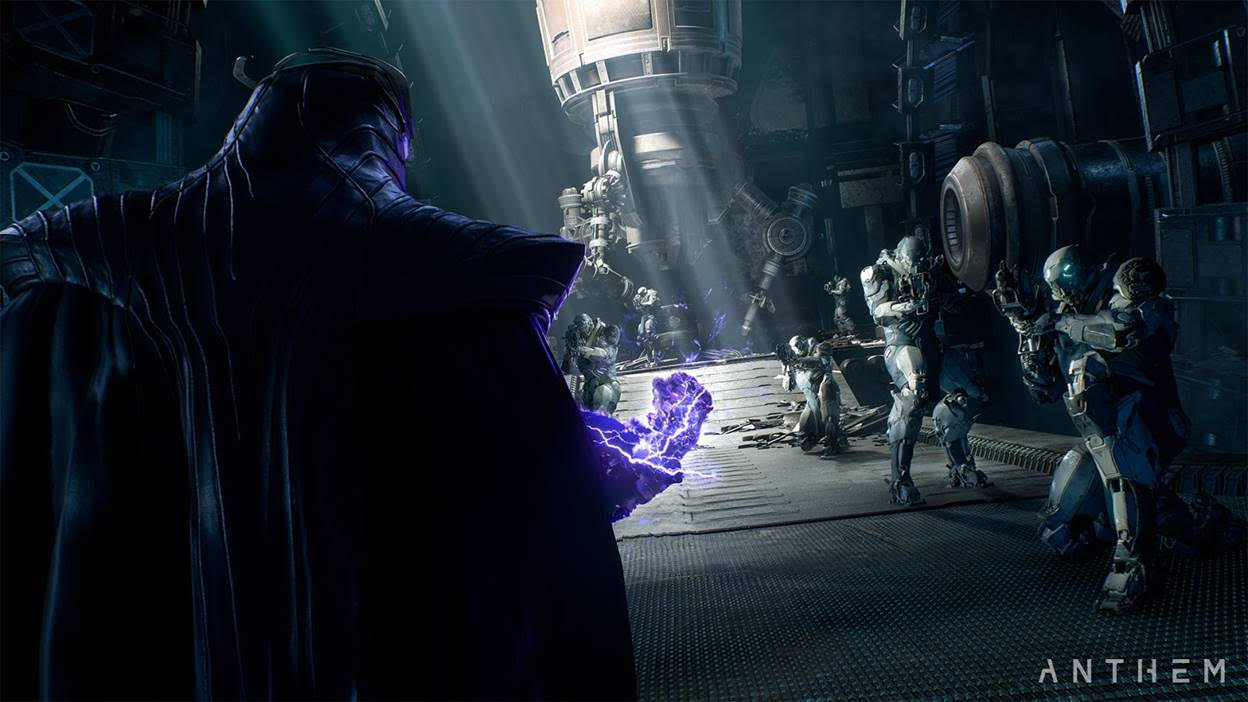 If you saw the Anthem The Game Awards trailer, chances are, you’ve seen a dark hooded figure appear on screen looking all bad-like. If you’re wondering who that is, he’s called “The Monitor,” and seems to be the main Anthem villain.

The figure’s existence was confirmed by Anthem Lead Producer Mike Gamble over on Twitter, where a fan asked him who the badass-looking character was.

He’s The Monitor. Works for the dominion. General bad dude with a dark heart. https://t.co/Henjxph4tr

According to Gamble, The Monitor thinks he’s doing the right thing, which means, he’s not the bad guy just for the sake of being evil.

We talked about this a lot over the week. The Monitor thinks he’s doing the right thing. You might agree. https://t.co/NolPS1pgNG

While we might have to wait a while before we know more about The Monitor and his motives, this week will bring another Anthem livestream from BioWare! Set to start this Thursday, December 12, at 3 p.m. Austin time, this week’s Anthem livestream will focus on gear, loadouts, and progression!

Next Anthem Livestream: Thursday 13th Dec at 3:00pm Austin time. We will be looking at loot, progression, loadouts, gear and builds. Probably some more things. I will play host with a mystery guest joining. He is awesome.

Given how most shared world action games put a heavy emphasis on progression and loot, I, for one, am very excited to see what BioWare will showcase this week.

If you’re set on getting Anthem, don’t forget that there’s a VIP demo exclusive to pre-orders happening in January 2019.

What Is eSports Betting?