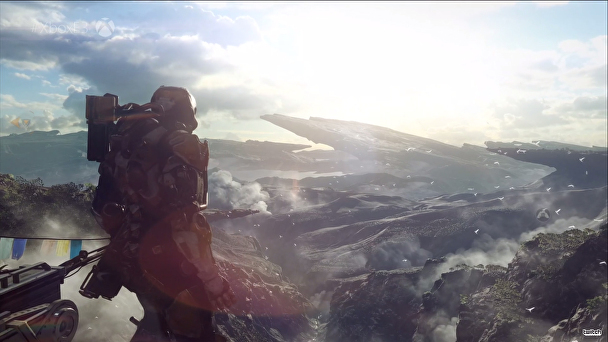 Anthem: BioWare Thinks “No One” Has Nailed a Multiplayer Game That Has Co-Op and Able to Tell a Great Story

While BioWare is known for crafting excellent RPG games like the Mass Effect and Dragon Age franchises, the studio’s first foray into the “live services” game genre will be Anthem, which, for better or for worse, will be compared to the likes of Bungie’s Destiny and/or Ubisoft’s The Division.

In an interview with USGamer at PAX, BioWare Producer Mark Darrah, and Lead Producer Mike Gamble were asked what’s the main takeaway BioWare wants to get across to people who are curious about how single-player works in Anthem. Gamble comments that he thinks that a multiplayer game that has co-op “at heart” and that can also tell a great story hasn’t been “nailed yet.”

Mark Darrah: I think what we want people to understand is, while Anthem is a very different game from games that BioWare’s done before, there’s still storytelling at its heart. It’s still about characters, it’s still about getting to know people in the world and that we’re telling story through this new way of, what we call ‘Our World, My Story,’ which is about going out into a shared world where story things happen. But then your true storytelling agency happens in Fort Tarsis where those choices live and you have that single-player, more player-driven narrative experience.

Mike Gamble: And it is a hard problem to solve. It’s like how do you do a multiplayer game that has cooperative at its heart, but also still be able to tell a great story? And you know I don’t think anyone actually nailed it yet. I think we probably have a pretty good shot at coming out of the gates and being able to do it. But it takes intentional design from the very beginning to split out, ‘Okay this is how you’re going to do your missions, and this is how you’re going to do your character building.’

Of course, it’s hard to read Gamble’s statement without thinking of Destiny. It’s open to debate whether he’s right on the whole “no one has nailed it yet” thing, though.

Do you agree with BioWare? Has no one nailed the multiplayer co-op experience that has a compelling story in terms of games just yet? Do you think Anthem will be able to do that?

In another Anthem news, BioWare has confirmed that all story-driven DLC will be free! Make sure to check out the latest gameplay trailer as well.