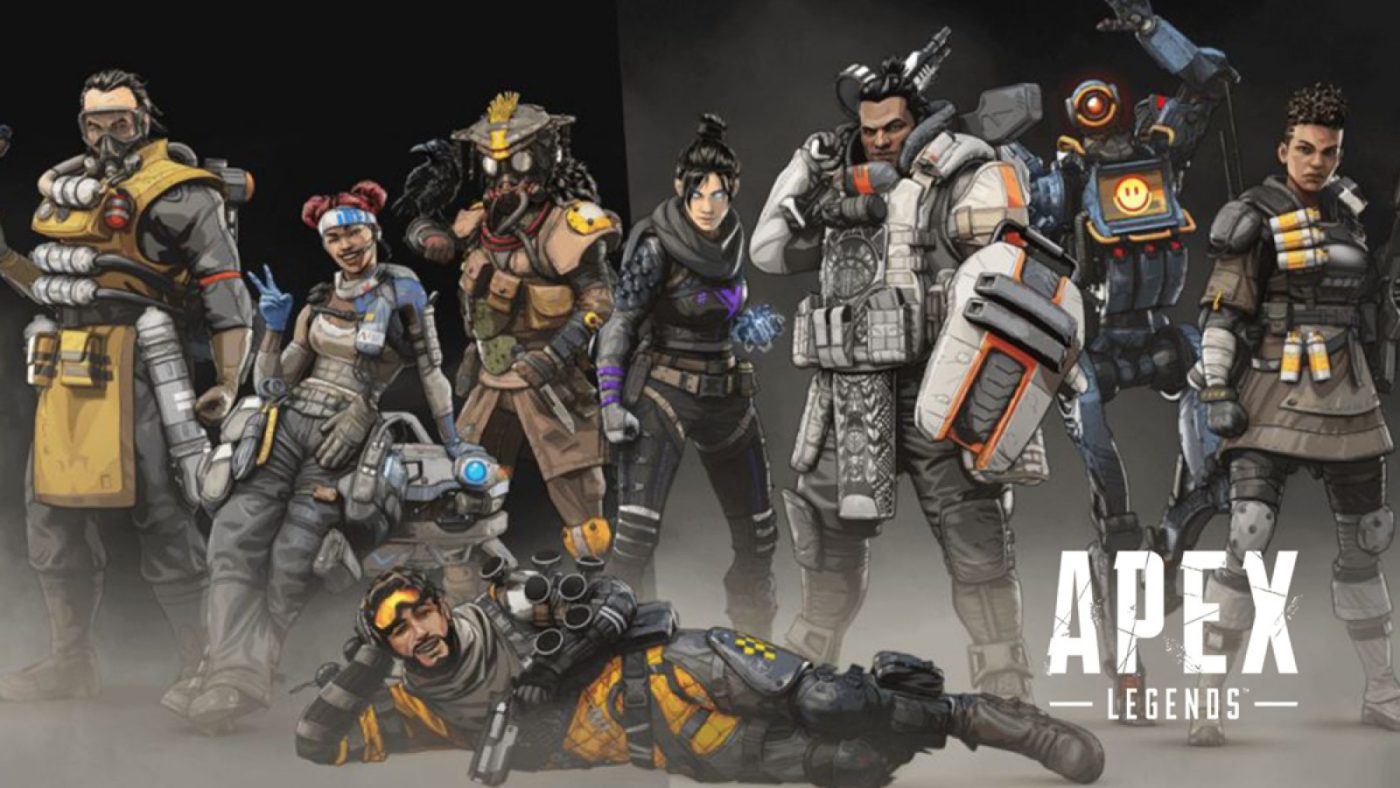 If you’re an Apex Legends player, chances are you’ve been looking forward to the Apex Legends Battle Pass release date ever since its existence was mentioned. Today, EA has finally lifted the lid on the Battle Pass, and that includes what’s in it, and more. 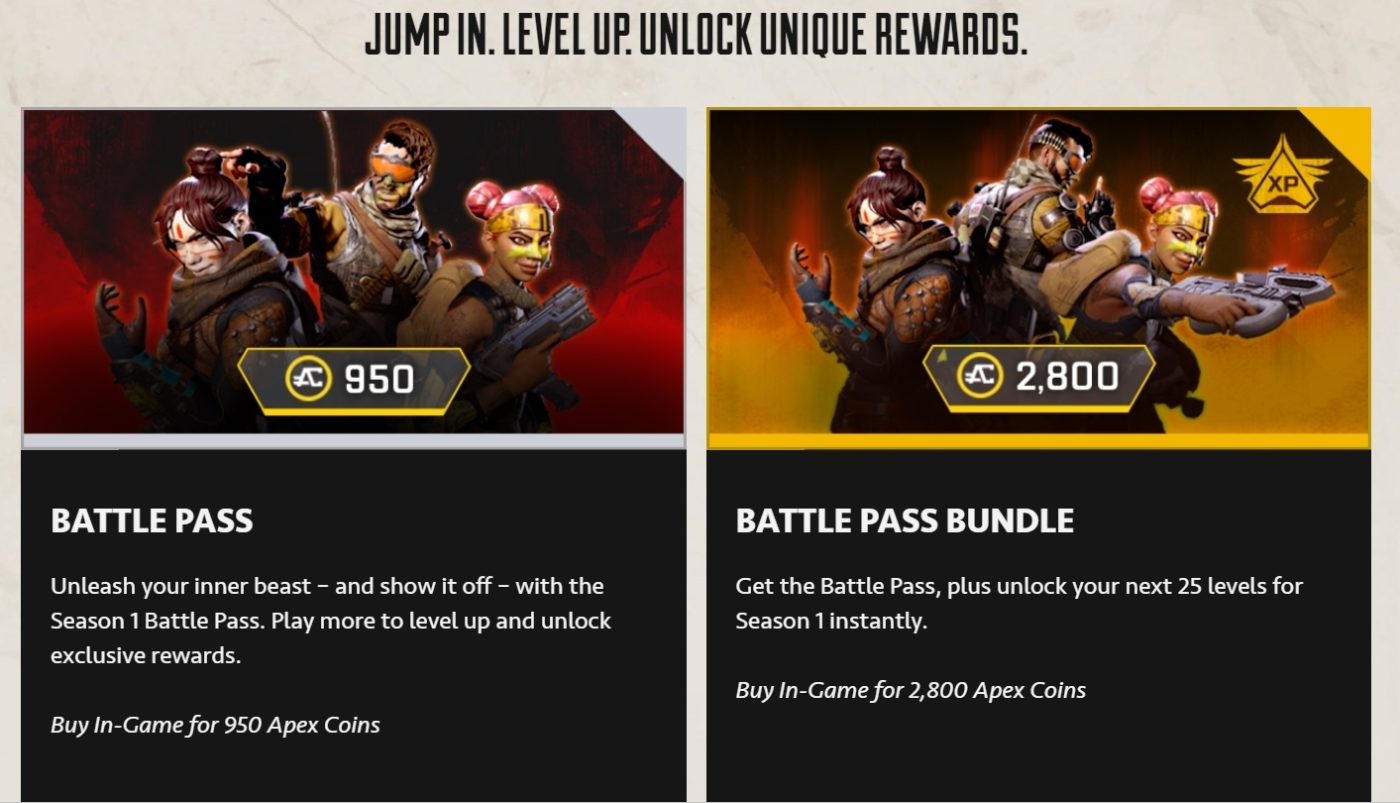 So, just what do buyers get when they purchase the Battle Pass? First off, they instantly unlock the Wraith Survivor skin, Mirage Outlaw skin, and the Lifeline Revolutionary skin! Here’s what they look like: 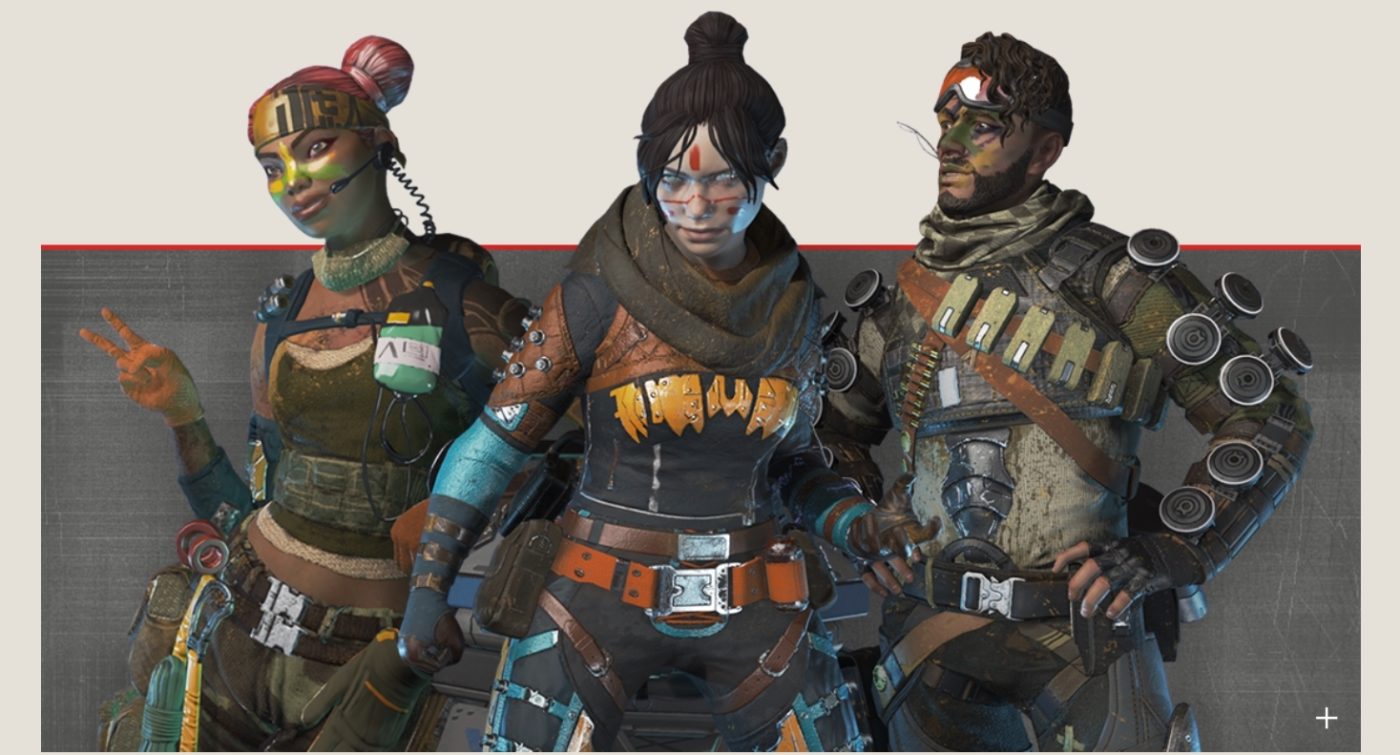 According to EA, there are over “100 unique items” throughout the season which players can obtain. Those who don’t want to spend anything can also get the following free rewards:

Finally, EA has also published an FAQ for those looking to buy the Apex Legends Battle Pass, and those just curious what they can earn, and more.

How do I buy the Battle Pass?

What happens if I buy my Battle Pass late in the season?

You’ll receive all the rewards up to your Battle Pass level (which is your current level for the season) retroactively! For example, if you’re on level 20 for the season when you buy the Battle Pass, you’ll unlock all rewards for every level up to 20, plus three special Battle Pass skins.

Can I keep leveling my Season 1 Battle Pass after the season ends?

No, the rewards available in the Season 1 Battle Pass can only be earned until the season is over. After it ends, you won’t be able to earn new Wild Frontier content.

Do I keep my stuff after the season ends?

Yes! You keep every Battle Pass reward you’ve unlocked after the season is over.

What if I don’t buy the Battle Pass? Can I still earn rewards for free?

Yes. Even if you don’t purchase the Battle Pass, you can still earn the following items for free:

If I buy the Battle Pass, can I also get the free rewards?

Yes! Everyone can earn the free rewards during Season 1.

Don’t forget, Octane is also coming with Apex Legends Season 1! Read up on his abilities and watch his ultimate in action here.