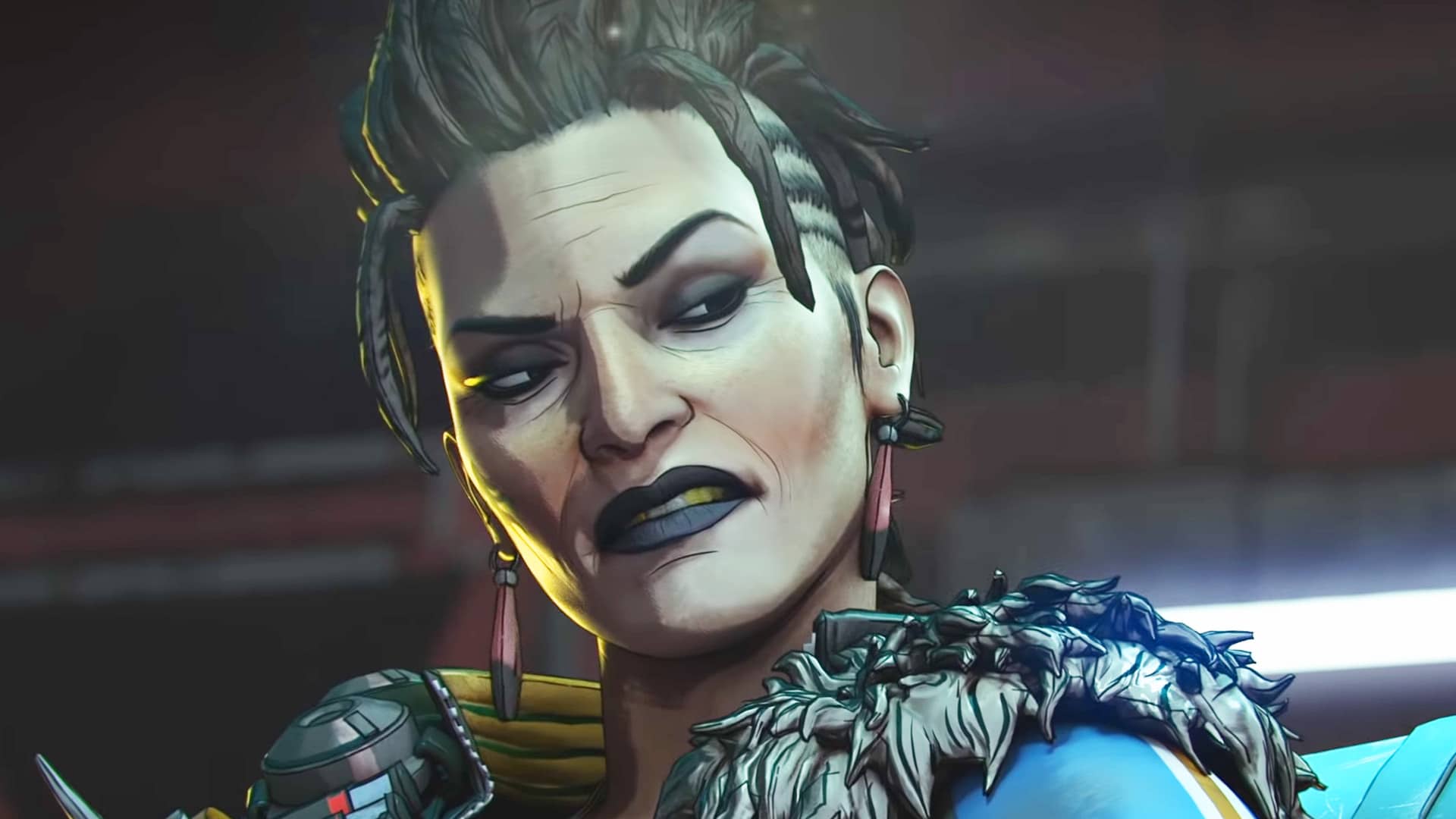 EA and Respawn Entertainment announced the new Apex Legends new legend named “Mad Maggie,” and she’s featured in a new Stories From the Outland episode! This new legend will arrive via a major update, which is set for release this February 8.

Check out the trailer below to get a first look at Mad Maggie’s backstory and character.

It’s time for Mad Maggie to face justice for her crimes. But when you can’t be innocent and you won’t be guilty, what fate lies in store?

Mad Maggie enters the arena like a wrecking ball, giving players their first look at the newest legend in action. A cutthroat punk-rock warlord and the Outlands’ meanest mad-lass, Mad Maggie is already familiar to fans from her former friendship with Fuse, as well as her previous takeovers of the Apex Games.

Mad Maggie, Apex Legends new Legend, comes in with the game’s latest update called Defiance. Besides this new Legend, there is one more surprise in store for players in the form of a new game mode:

For the first 3 weeks of Defiance, see whether you can handle the madness in the new Control mode. Select your loadout and drop in to a 9v9 experience where teams battle to hold control points with infinite respawn.

Additional details surrounding Apex Legends: Defiance will be available soon ahead of the update’s official launch on February 8 for the PlayStation 4, PlayStation 5, Xbox One, Xbox Series X|S, Nintendo Switch, and PC via Origin and Steam.

What do you think of the newest Apex Legend Mad Maggie? Are you excited about the upcoming update? Let us know in the comments below.