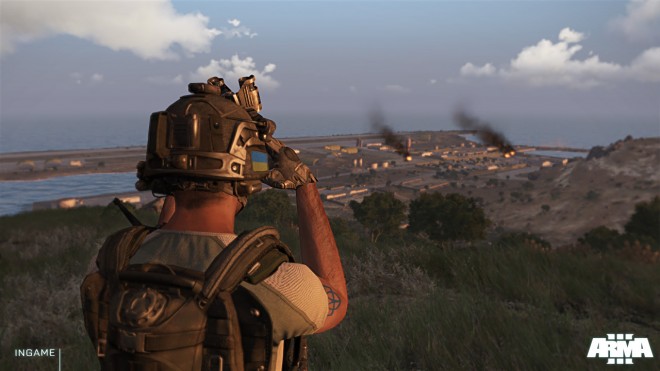 If you haven’t heard the news from last September, two Arma 3 developers were arrested on their Holiday trip to Lemnos, Greece. Their crime? Allegedly spying and taking photos of the local military.

The official statement released back in September by Bohemia Interactive read:

We can confirm that two Bohemia Interactive employees, our colleagues and friends, were arrested during their holiday trip to Lemnos. They visited the island with the sole purpose of experiencing the island’s beautiful surroundings.

Since its establishement in 1999, Bohemia Interactive has created games based only upon publicly available information. We always respect the law and we’ve never instructed anybody to violate the laws of any country. The same is true for Arma 3.

What is considered a misunderstanding could now turn into a sentence of up to 20 years in prison if found guilty. According to the recent blog update on the DayZ site, both developers are “held in a cell with 25 other people, sleeping on the ground, a strike in the Greek legal system is to blame for the consquent postponement of their hearing.” Since the arrest, they have spent a complete 70 days in prison.

The news site, Rozhlas, has made contact with the parents, quoting them: “Our boys no longer tell us, that it’s alright.” In recent calls, they only say, “Please save us!” The two were recently denied a bail and now must stand trail.

Your be able to keep up with all the news on this as it develops and also be able to help out right here.

We wish Ivan and Martin a safe return home and send our hopes to their families.