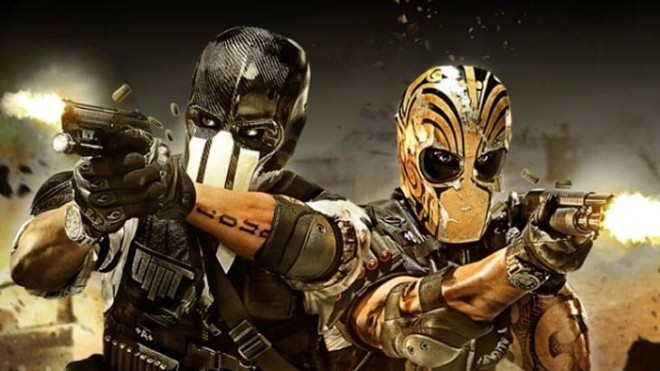 Army of TWO The Devil’s Cartel is getting it’s own explosive demo next week. Don’t be surprised if your Xbox 360 or PlayStation 3 explodes.

EA and Visceral Games have announced that an Army of TWO The Devil’s Cartel demo will be making its way to the Xbox LIVE Market place and the PlayStation Network on March 12.

“Players will step into the boots of private military contractors Alpha and Bravo as they embark on a mission to rescue a kidnapped politician while diffusing an additional hostage situation.”

The demo will have you fighting through the bottom floor of a dangerous drug lab up to the the rooftop of a sky rise. Eventually, the co-op action will split as one player mans a mini gun in a helicopter, covering the other who must fend of enemies on the ground. Expect there to be tons of explosions, as demonstrated in this trailer.

Army of TWO The Devil’s Cartel releases on the Xbox 360 and PlayStation 3 this March 26.

The Overkill edition is still available at participating retailers which includes exclusive masks, outfits, a highly destructive co-op contract mission and deadly weapons, including the TAH-9. Those pre-ordering through GameStop will receive the Army of TWO The Devil’s Cartel Hit-Maker’s Kit, giving gamers the chance to play as characters portrayed by music megastars Big Boi and B.o.B, along with an additional contract mission and custom designed gear.