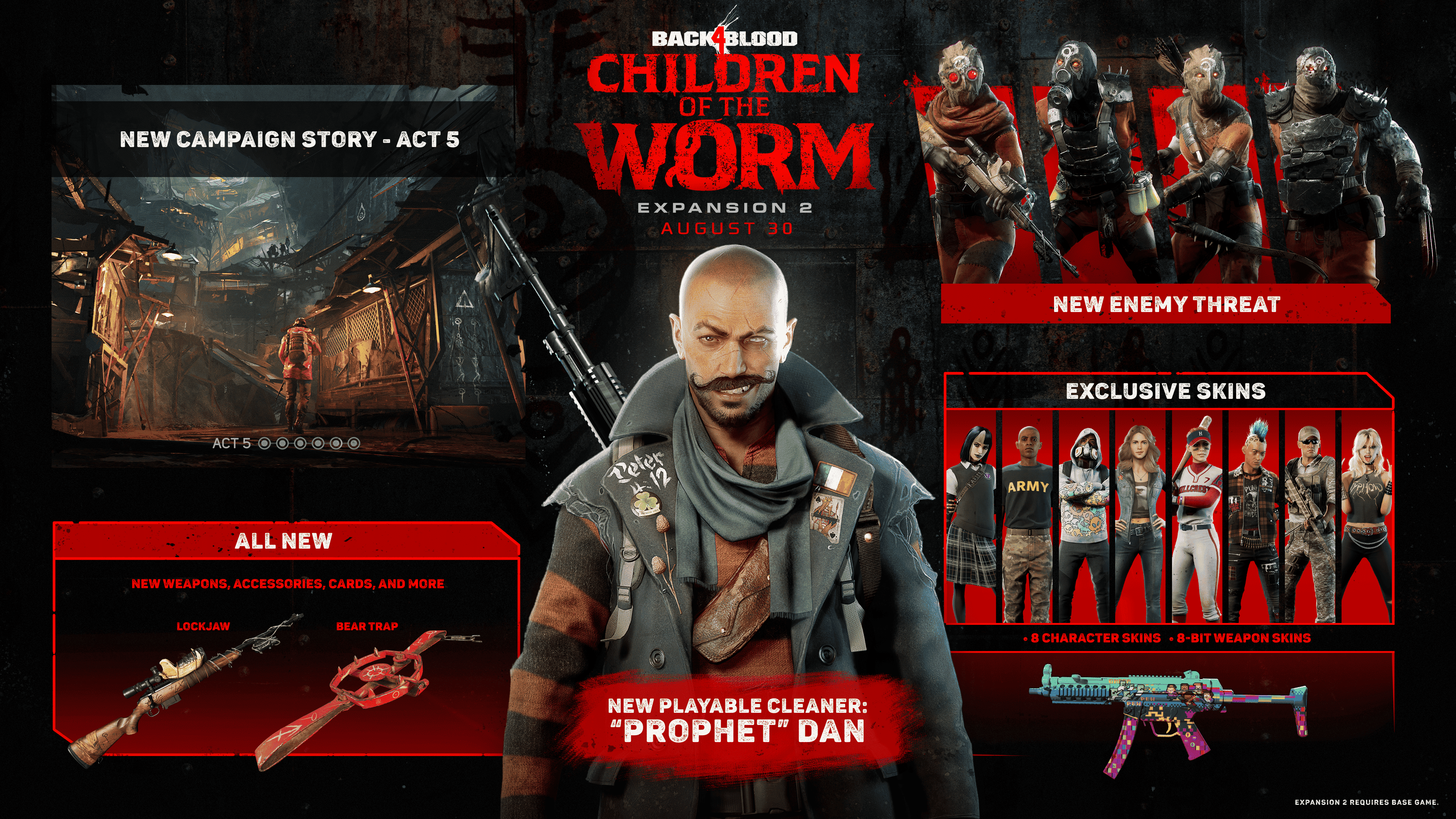 Turtle Rock Studios has finally revealed details regarding the Back 4 Blood DLC expansion 2! It’s titled “Children of the Worm,” and is set for release this August 30.

Here’s what’s incoming with the DLC pack via the press release:

Children of the Worm will feature a brand-new story campaign that puts players into an epic showdown with a fierce new enemy threat. To help combat this unknown adversary, the expansion will introduce “Prophet” Dan, a gun toting, self-proclaimed preacher of the end times, who joins the growing list of playable Cleaners in their effort to save humanity. Children of the Worm will also include eight exclusive character skins and 12 exclusive weapon skins, along with new weapons, accessories, and cards.

This is the second premium expansion for Back 4 Blood, with the first one “Tunnels of Terror” released this April 12.

If you haven’t checked out Back 4 Blood yet, go read our review right here where our reviewer said, “I can safely say that Back 4 Blood is nearly everything I wanted in a Left 4 Dead 3 and then some. Hopefully, over time, Turtle Rock will be able to fix the issues that are present and maybe add in more harrowing Infected, erm, Ridden.”