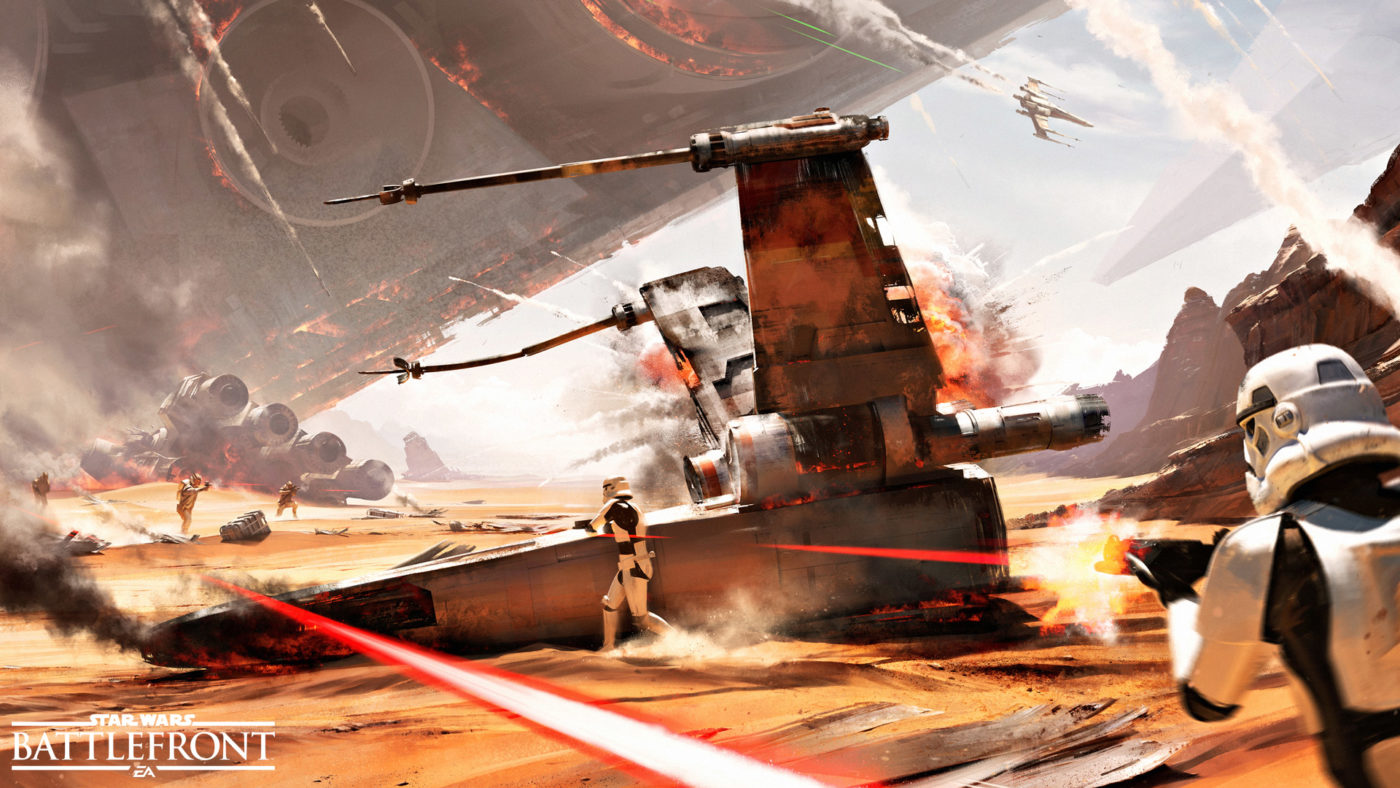 According to team, The Battle of Jakku recreates “the pivotal moment when the New Republic confronted key Imperial holdouts on a remote desert planet” in the “aftermath of the Rebel victory in the Battle of Endor…”

That means players will get to continue the fight across two new maps, Goazan Badlands and Graveyard of Giants. The former is best fit for modes like Blast, Drop Zone, Droid Run, Cargo, Hero Hunt, and Heroes vs. Villains, while the latter is suited for bigger modes like Supremacy, Walker Assault, Fighter Squadron, and the all-new mode, Turning Point.

For 40 players, Turning Point tasks the Rebel forces with finding and capturing one of three control points in Imperial control. If the first control point is captured within the time limit, additional time is granted and the Rebels will then have to reach the second and third points, culminating in one final stand at the Empire’s base. Throughout, players will be able to pilot vehicles like the Airspeeder and AT-ST.

Along with a description of the new mode, DICE and EA have updated the feature list of the Battle of Jakku DLC to the following:

It’s hard to imagine the new maps and mode without any gameplay footage, but what are your thoughts on the descriptions so far?