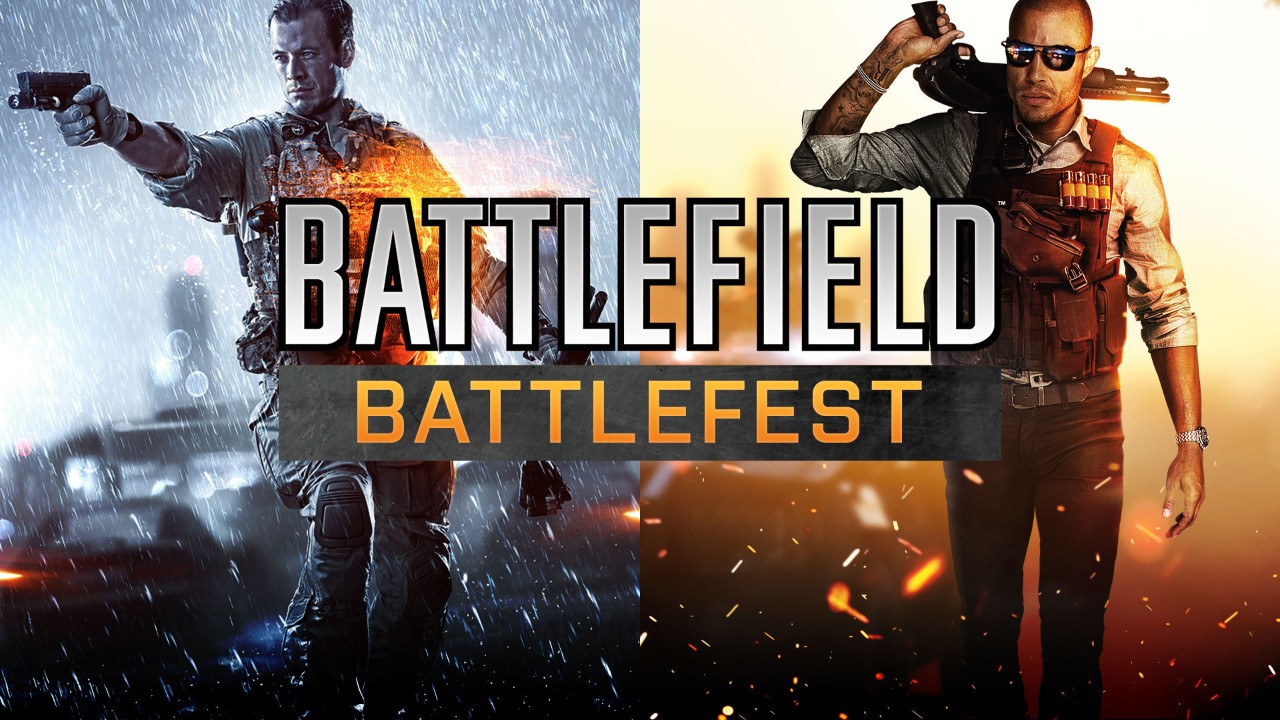 Battlefest is back, this time as a month-long celebration filled with special in-game events for Visceral Games’ Battlefield Hardline as well as DICE’s Battlefield 4.

The Hardline festivities kick off today with Double XP on all platforms and will conclude with special community mission taking place between May 4 to May 11. Meanwhile, Battlefield 4 will start things off with an Easter Battlepack and Shortcut Kit sale starting March 31 and ending with and Double XP event April 30 to May 4.

Interestingly, Battlefield’s Global Community Manager Vincent Vukovic confirmed in his Battlefest Battlelog update that new DLC weapons are on their way to Battlefield 4, arriving some time before the end of May in a new “Weapons Crate” along with the new Gun Master game mode. The Community Map Project is also still in the works.

As for what the new guns might be, we’re not 100% certain, but DICE Engineer Julien sure has been leaving a lot of hints on his twitter.

Finally, you can check out the full month-long Battlefest schedule for both games below, as outlined on Battlefield Hardline’s official website.

“Double XP Event: This weekend, you’ll score double XP in Battlefield Hardline. Jump into the game, play the objective, and rank up faster than a speeding bullet.”

“Competition: Stay tuned for more information and details on how to participate!”

“Game with Devs: Visceral and DICE developers will play Hardline on specific servers and let fans compete with and against them. Get a piece of the action and show us your skills.”

“Easter Sale On Battlepacks and Shortcut Kits: Battlepacks contain XP boosts, camos, knives and other in-game items. Shortcut Kits will let you unlock all the weapons of a specific variety such as grenades or assault rifles.

Now, you can get up to 50% off on Battlepacks and select Shortcut Kits in our Easter Sale. Restrictions and conditions apply. Check your specific gaming platform for details on the offers. Note that some variations on content and start/end times apply.”

“‘Battlesteal’ Contest: Time to get creative – and thievish. Capture your coolest ‘Battlesteal’ screenshot, send it in, and you have a chance to be handsomely rewarded. Find full rules, terms, and conditions here.”

“Double XP Weekend: Ready to climb the ranks? Make sure to jump into Battlefield 4 between April 30 and May 4: your XP will be doubled in celebration of Battlefest.”