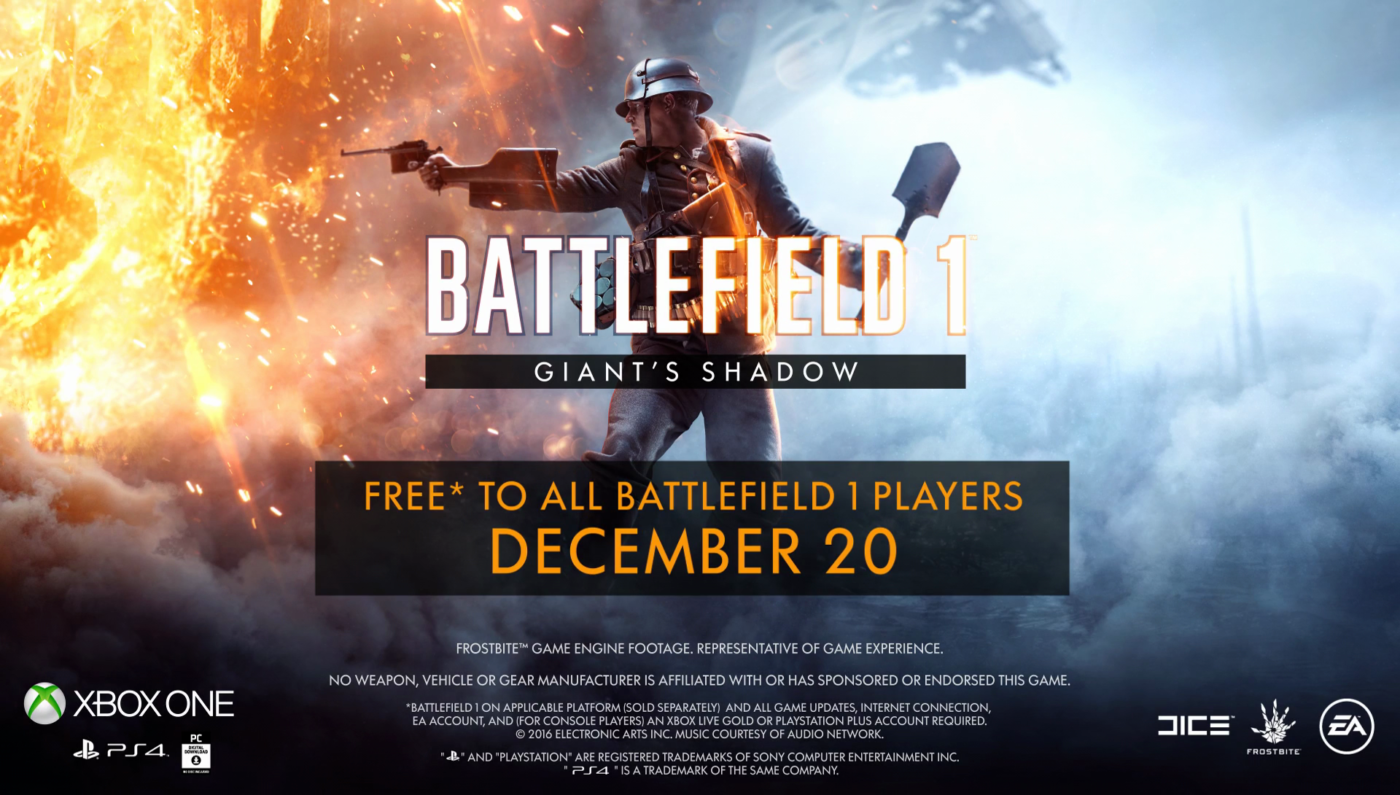 Christmas is coming a bit early this year to Battlefield 1, as the previously announced free Giant’s Shadow map for DICE Stockholm’s latest shooter is being released very soon.

As starting December 13th for those who are premium owners or happened to pre-order Battlefield 1 can be the first to partake in the first of many post-launch content that DICE Stockholm that has planned. And judging from the trailer showcasing what you can expect from the free map, it appears that the rumor of DICE adding a crossbow grenade launcher to the game is indeed true.

Check out the trailer above to get the first glimpse of Giant’s Shadow and the upcoming crossbow grenade launcher.

Additionally, for those who didn’t meet the criteria of playing Giant’s Shadow when it launches this upcoming Tuesday will just have to simply wait a week more to get in on the action.

Battlefield 1 is available for the PlayStation 4, PC and Xbox One platforms.