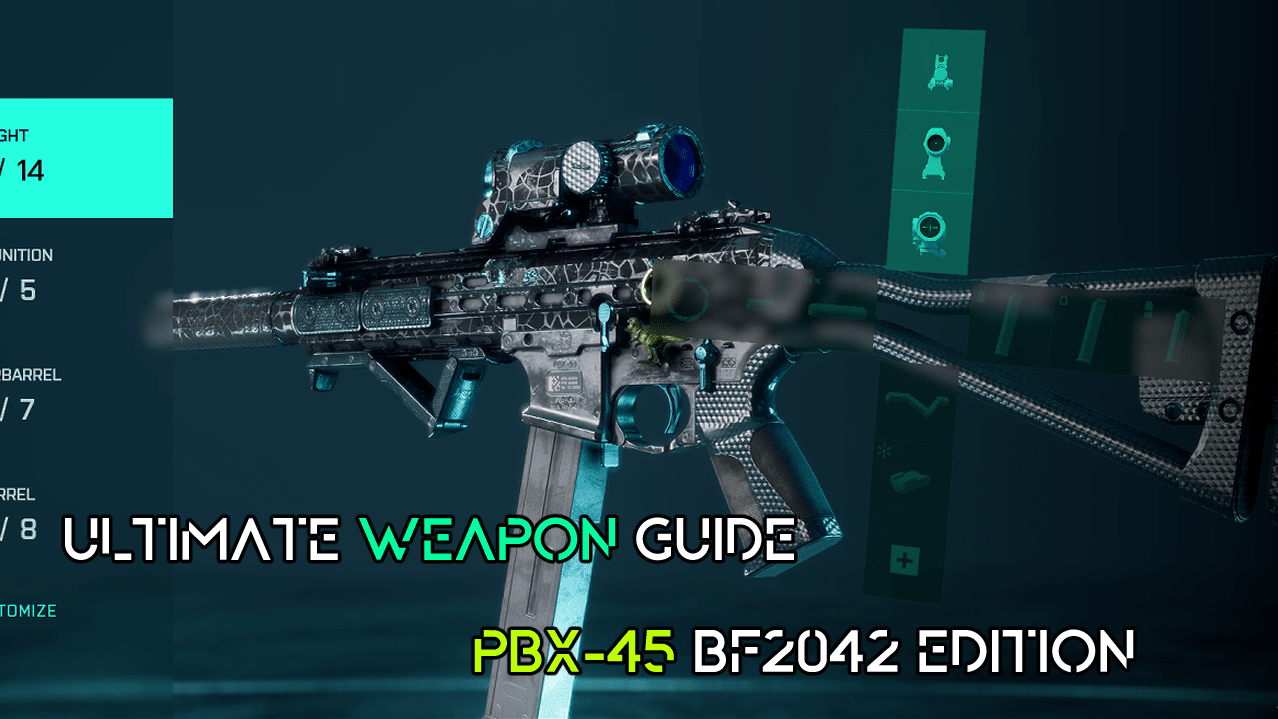 Enjoying Battlefield 2042 so far? If so, we have quite a few guides up that may help you enjoy it all the more. In this one, we take a look at the PBX-45, one of the submachine guns in Battlefield 2042, and how it stacks against other weapons in the same class.

Special thanks to Sorang for her comprehensive testing for this guide.

“I checked my stats before the game and know my bullets… Why didn’t he go down after 3 shots?! That should be way more than his entire health…” Because the Fire Power stat is a lie, my friend.

Fire Power is a combination of, like… velocity and range and…. Look, it’s a number the developers just came up with, honestly. I’m not sure why they weren’t more straight forward with the stat, but just because the Fire Power is a certain number, doesn’t mean your gun does that damage.

TTK for this gun is just okay. Quite mediocre. It starts to fall off a lot once you get beyond the first damage radius, especially against an Armor Plated enemy.

PBX-45’s recoil is highly controllable, but the bullets bounce horizontally a lot. Even though it’s not ideal for an SMG, if you decide to use this gun for mid-range combat, you’ll need some horizontal recoil attachments.

Again, big thanks to Sorang for this guide. Check her out on Twitter here.

Don’t forget, there’s a new patch that went out today that included gameplay-related changes! Check it out here.