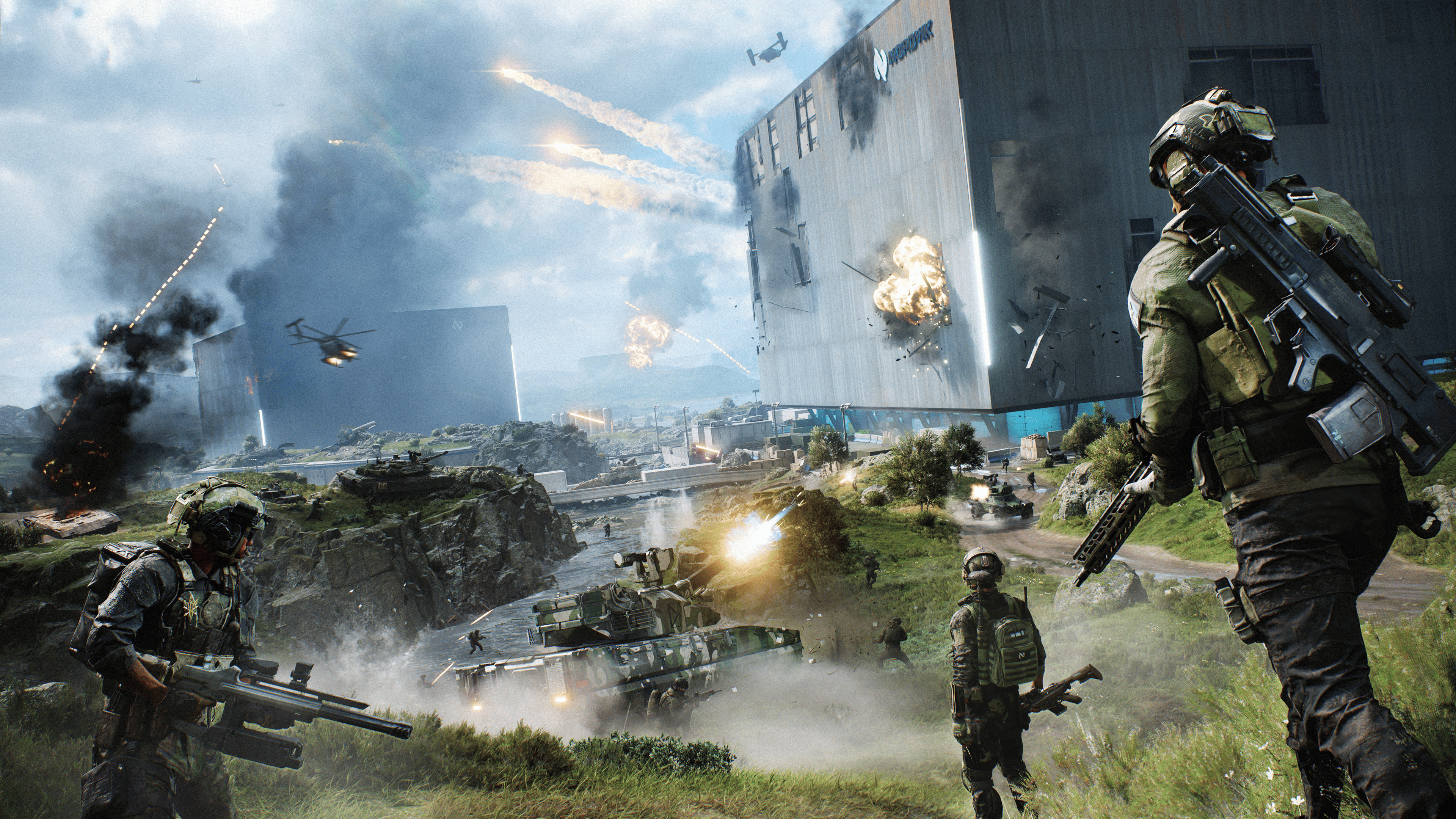 Season 3 of Battlefield 2042 will kick off in just a few days! While we already gave a breakdown of everything new coming in the new season, we’re not done there. Thanks to EA, MP1st was part of an invite-only press event that not only featured Season 3, but we also had a chance to participate in a roundtable online Q&A with DICE devs!

Q: Is 3D spotting back in the game? Or is it just the new character’s perk?

Florian Le Bihan:  It is, yes. Ping system is getting an update that removes location ping and makes all pings contextual only + adds spotting. This should give some responsiveness to the system and make information shared always relevant/less out of date.

We are planning a significant rework of the ping system, these changes are aimed at reducing the complexity of the existing ping system that we have in the game today. Which should hopefully allow for improvements to the pacing and accuracy of communication between your teammates.

Kevin Johnson: Pressing the ping button once, will no longer place a location ping but instead check for targets in that area and place a ping in relation to that data it checks for. If a threat is within the radius, it will get pinged or spotted for a duration of time. Spots are still shared to the team, while pings are shared to your squad. We’ve made a few improvements around the system, to improve the speed of them and how long they remain etc. But that is the abbreviated version of the Update Note for 3.0! 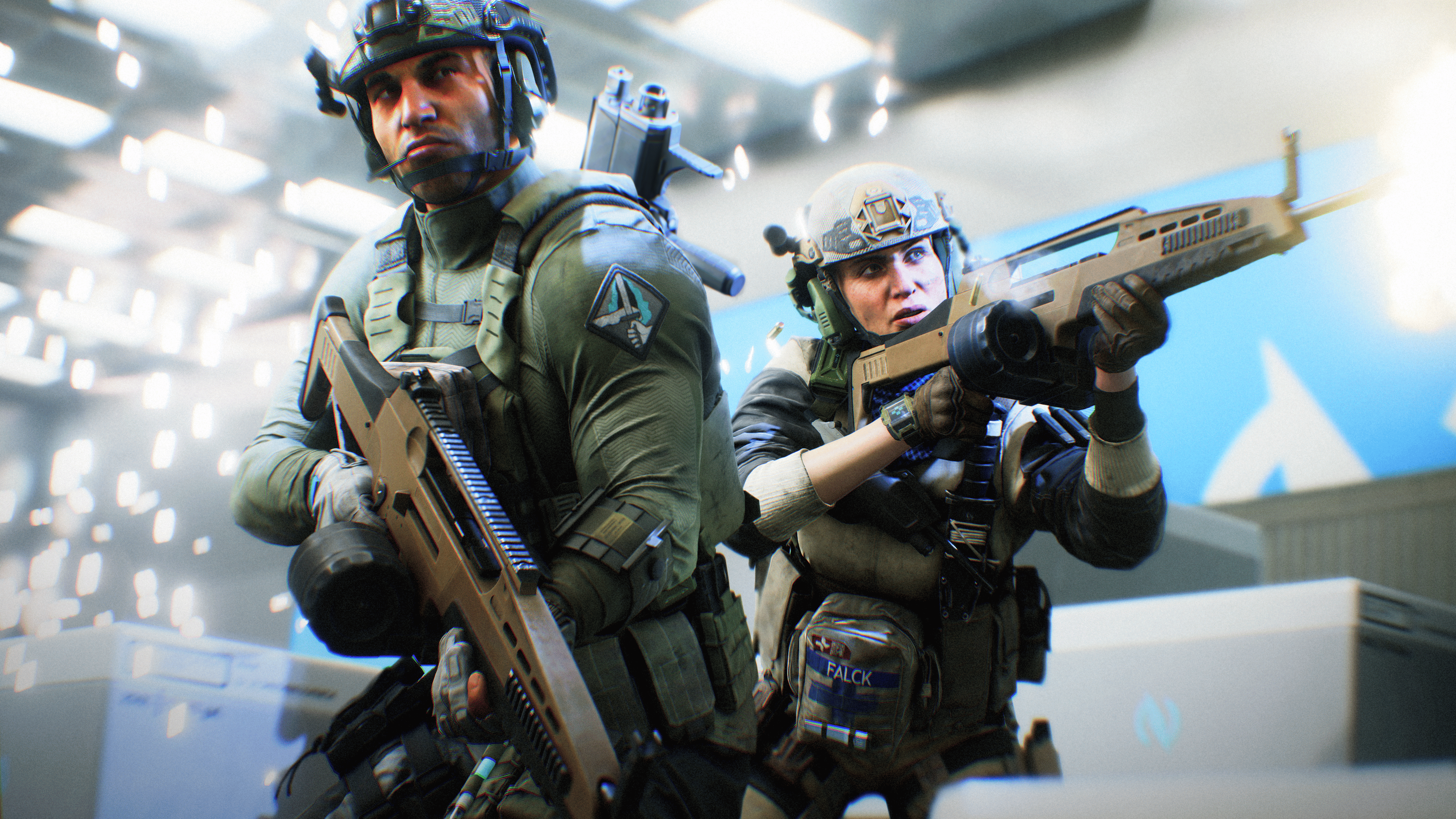 Q: Will this new map only support 64 players? I can imagine it will be a different experience with double the players on it.

Angel Kavazov Similar to the Season 2 map, it will support 128 players in Conquest on PC and next-gen consoles.

Q: Have you planned any changes about tick rate at least in 64 players ?

Florian Le Bihan: We have no changes related to tick rate at this point but this is something we have been discussing on our side.

Q: Is there a possibility of adding a ping value to the scoreboard?  Having to enable the diagnostic views to know if I just connected to a server across the world is cumbersome and I find that sometimes I play matches where I get shot around cover a lot. Even if the ping is just shown for my connection only, it’d be an improvement

Florian Le Bihan: The space we have in the scoreboard is quite limited so we have to be careful with what we want to show. We’re already considering a few additions to the scoreboard. Showing ping would a nice to have but we have to discuss the priority of this vs other information

Q: Now that Rush is in the game in a more permanent way on the main screen, are there any plans to further adjust the maps for the mode? I know the Manifest rework will introduce a new Rush layout. Will we see more adjustments on other maps? 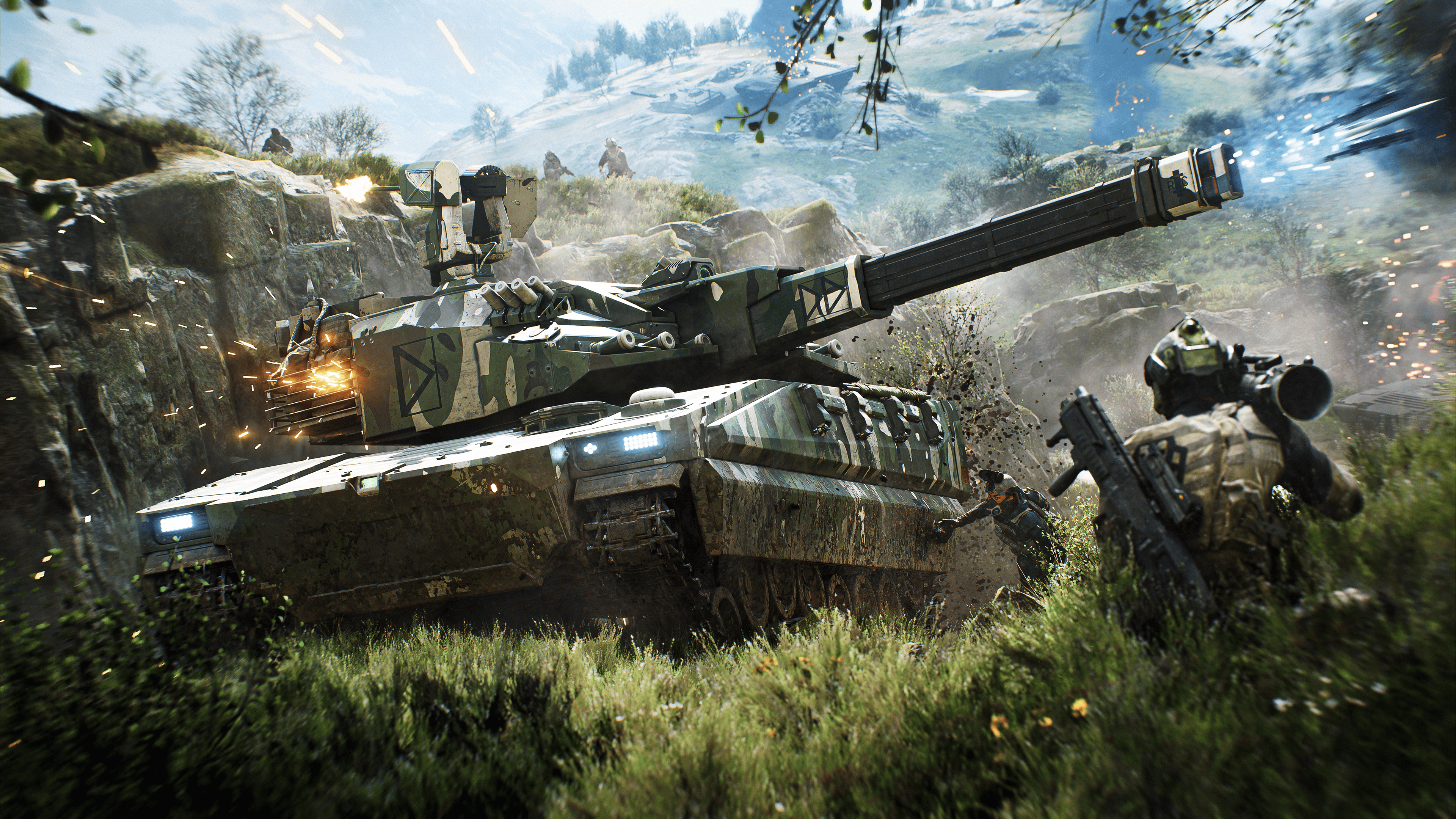 Q: Is there a reason for not implementing more trees or even a forest on this map?

Shashank Uchil: Every level is based on certain a biome/location, this one has mostly rocks/moss/grass. We did not see the need to have a forest theme in this particular level.

Q: There’s a lot less verticality on this map than other BF2042 maps (besides the two rooftops) but a lot more smaller terrain changes. Was that design decision based on player feedback? What other inspiration went into the design of the map?

Shashank Uchil: We want most of the action to happen on the ground rather than on high points. Think of, more foot on ground action. That’s one of the reason there is not much game-play on the rooftops as well.

Q: Map Layout of 64 Players Conquest will be the same as for 128 Players?

Q: Going forward is there any intent to add more urban combat maps?  So far all three seasons have delivered “countryside” maps that, while excellent in terms of gameplay, feel like very isolated and remote locations

Shashank Uchil: An urban center like Strike At Karkand is something I think players are really hoping for at some point

For sure we are aware of this, we love urban levels as much as all of you. But its too early to talk about future levels at this point. While things might not be in a city, we do try to provide CQC spaces in all levels. 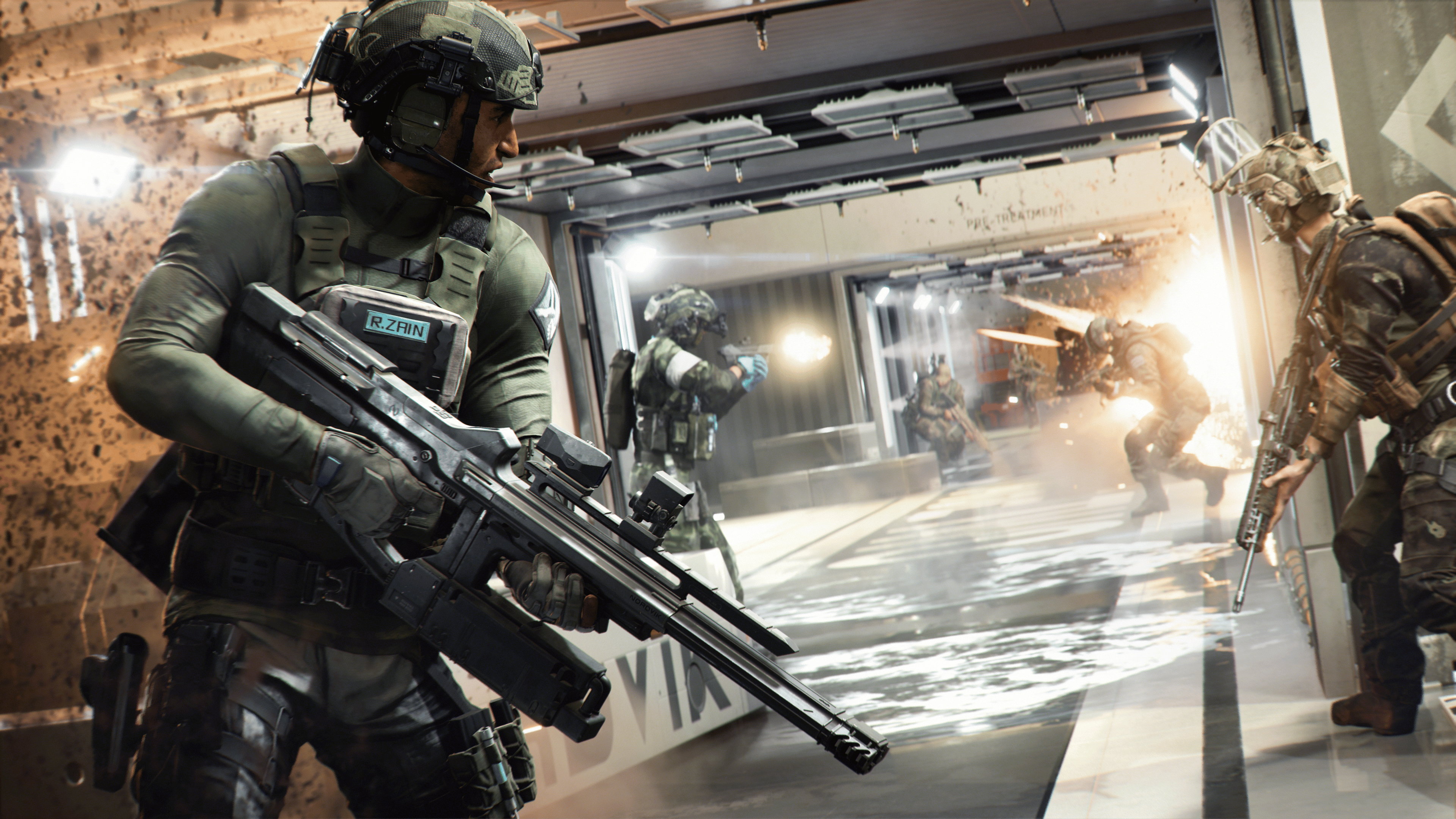 Q: Sometimes you guys have some of the classic vault maps in their own playlists temporarily.  Are there any plans to add the most popular ones to the main playlists permanently?  Seems like that would be pretty popular.

Adam Freeman: It’s something that for sure we track and think about. Right now we have Exodus CQ which keeps things mixed up, and then we often rotate out a playlist that helps support the content that we have for Weekly Missions. There’s nothing restricting us from keeping things mixed up some more in our playlists so we’ll keep listening out for those suggestions and happily consider what we might want to change up — but presently we think that our Portal maps play best with 64 players vs. slamming in 128.

Q: Between the Liquidators event in Season 2 and the Season 3 trailer, more and more of Battlefield 2042’s lore seems to be making its way to the surface. Will we see more storytelling throughout Season 3? What other plans does DICE have to explore this world?

DICE: We’ve had things such as the Player Cards being a great place for us to embed narrative elements directly into the game and we’ve been really pleased with how that’s worked out. So you’ll notice that as the seasons have progressed, we’ve put more of those with a Narrative focus into the game.

With the foreshadowing events we’ve been able to push things even more, and you saw a glimpse of that as we moved into Season 2 and even more of it is currently live as we’re heading into Season 3. We’ve also done more outside of the game, via specific lore-type updates that go live around seasonal launches, and it has proven a great foundation for us to support and build upon. I’m looking forward to the one on Zain going live.

It’s always an ever-evolving thing and something we’re keen to explore more as we move forward. Whether that’s via specific VO lines being used in trailers to help players connect the dots, seasonal foreshadowing events or something else entirely.

Q: What are some tips you have for using the airburst grenade launcher?

DICE: The Airburst exceeds in situations where the enemies might be dug down defending an objective / chokepoint. Aiming down sights will automatically set designated distance on the Airburst, but you also have the option of resetting it by pressing the V (PC) or Down Arrow (console) button, which is indicated through the gadgets’ scope. Doing so will provide you with an updated designated distance. 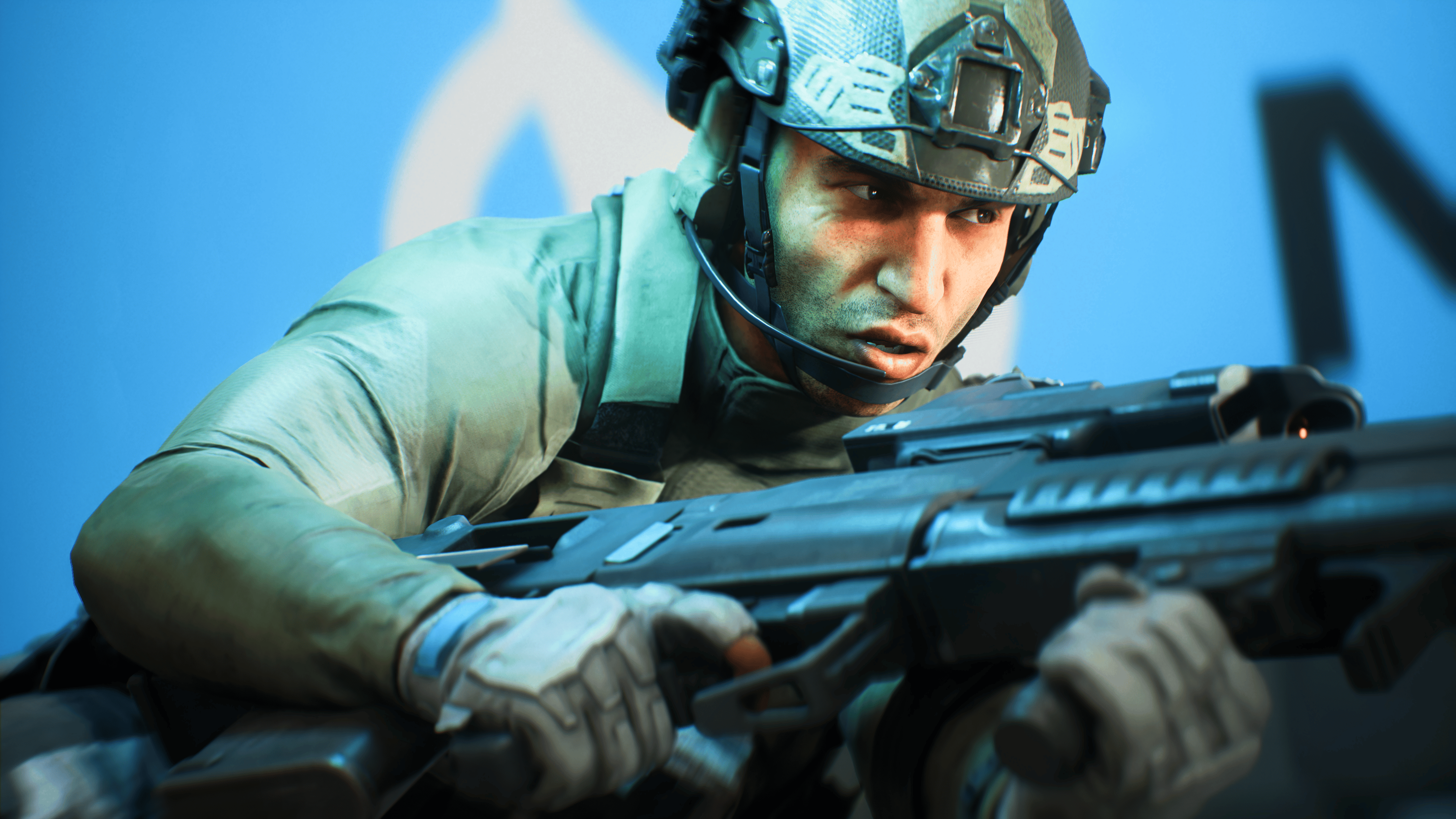 Q: And what secondary gadgets do you think work well with Zain?

DICE: I’d say his trait is cool in that it makes the med-pen not a “must-have” if you want to go for that run and gun type of gameplay, so it opens up a lot of different viable options.

If you want to go with something that fits with his gadget, I’d opt for smoke launcher if you want to have something to fall back on when it comes to rushing a choke point point after clearing it out with his Airburst Launcher. The C5 is also always strong because of the versatility it offers, so there’s that!

Q: Would it be possible to have a single press to get munition and a hold press to change loadout on Angel ammo crate?

Florian Le Bihan: That could be done yes, we have this on our list of QoL improvements for Angel 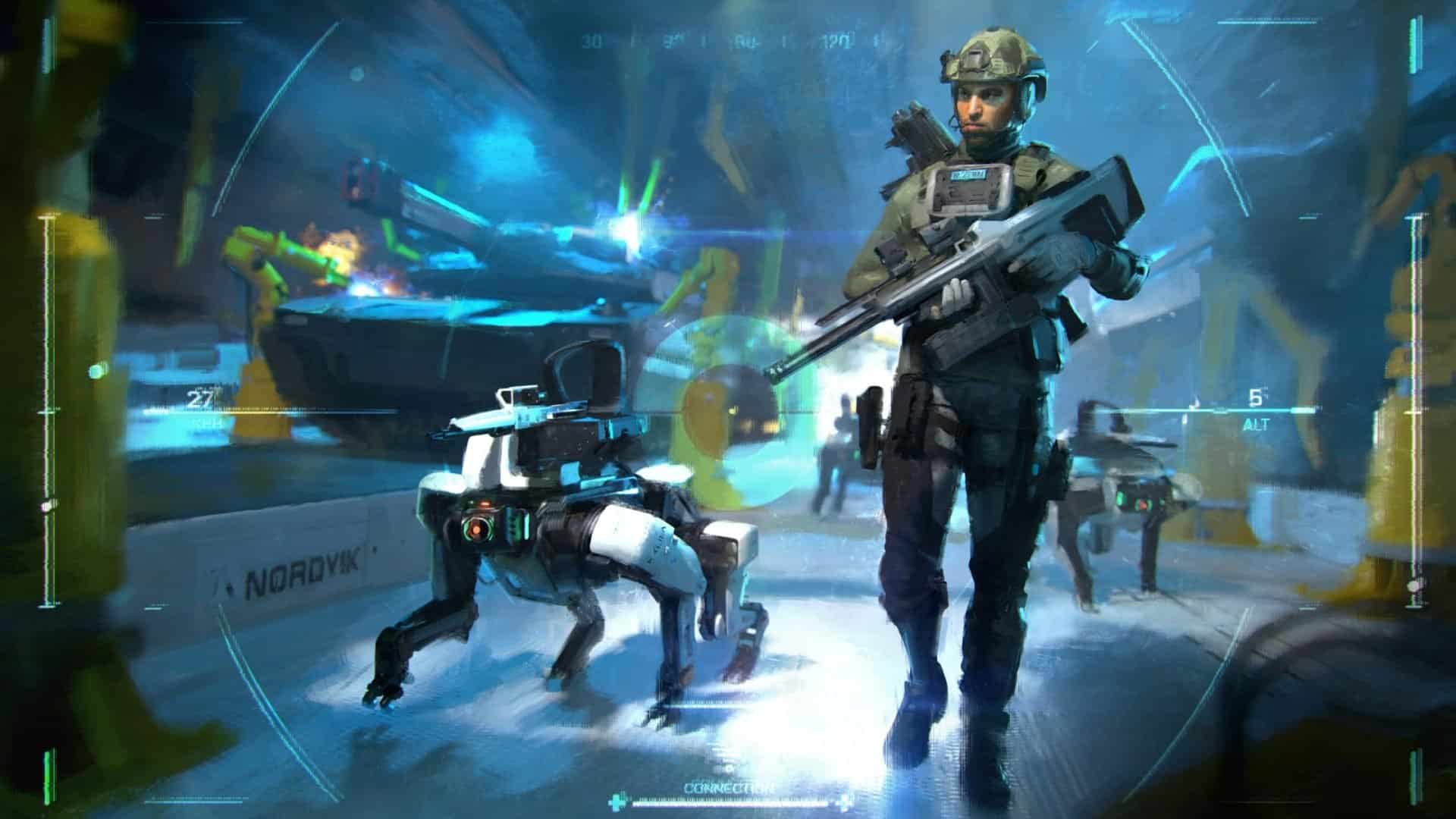 Q: What kind of balance adjustments have you made to the vault weapons to bring them more in line with the standard 2042 weapons?

DICE: You will be able to read more about it on the patch notes, but it was mostly recoil behavior and damage curves adjustments 🙂 It is however an ever-changing task to of course, open to feedback.

Q: Is it intended that the Rorsch (new weapon in S3) can deal around 10% damage on a rail gun tank with a single shot?

DICE: Only using the Battery with the slow charge-up time 🙂

We’d like to thank DICE and EA for taking time out of their schedule to chat with various members of the press. Battlefield 2042 Season 3 starts tomorrow November 22, and the patch notes can be read here.

God of War Ragnarok Concept Art Images Give Us a Look at Early Designs for Thor, Odin and Other Characters

MultiVersus Update 1.14 Adds Marvin the Martian and Fighter Changes for Season 2.1 This November 21