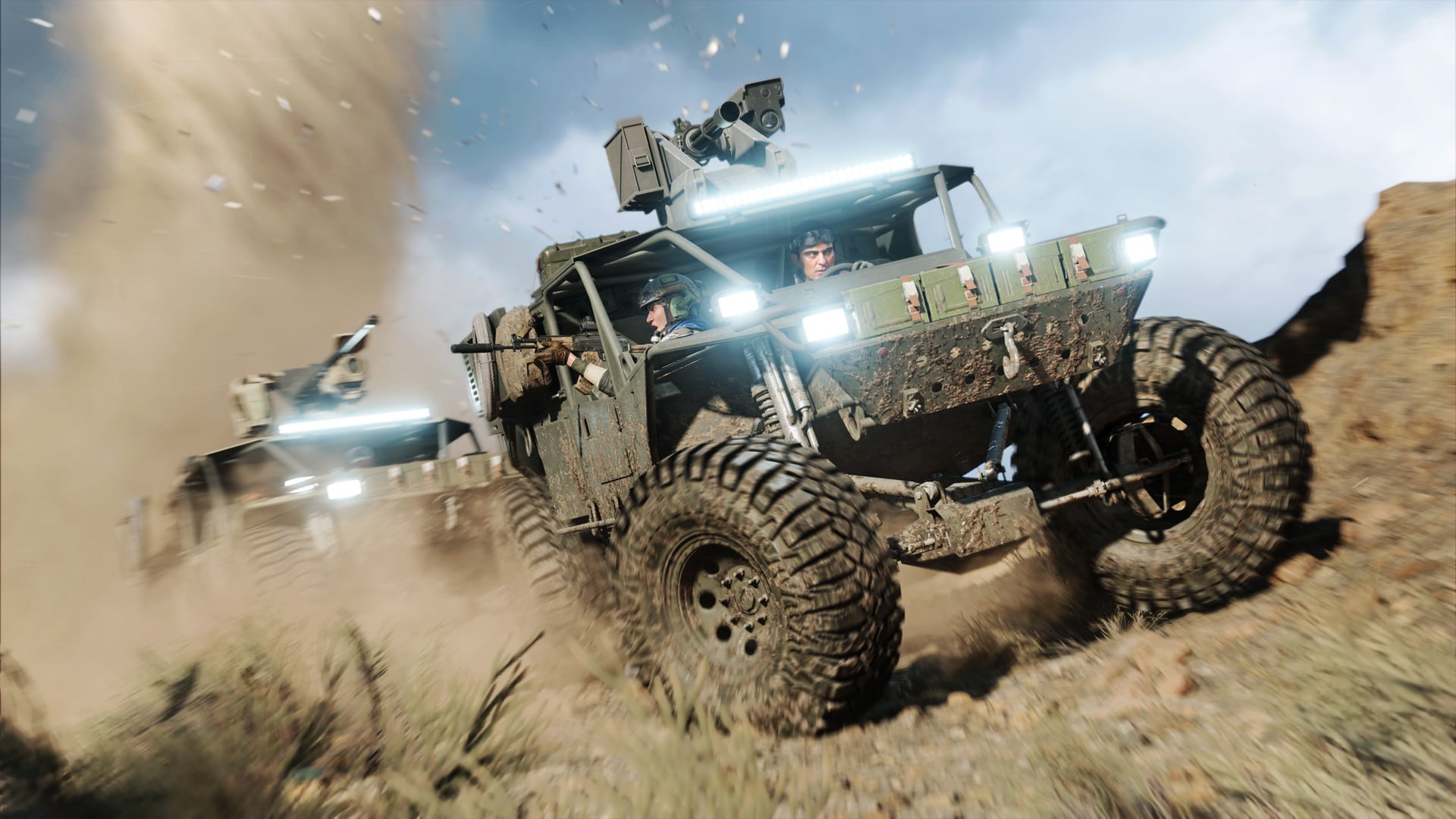 Following up on their core feedback discussion held earlier this month, DICE has came out with a list of Battlefield 2042 upcoming map changes, in the hopes of pulling back players amidst the many issues the game is still currently experiencing. According to the studio, they have taken “the necessary time to read through, listen, and identify” the common top points of feedback, and as a result we now have a better understanding of what’s coming to Battlefield 2042 maps in the coming patches.

Below is a rundown of the most important points for these upcoming map changes in Battlefield 2042:

For Traversal we outlined that travel time on foot between Base Spawn and Flags was too long. Our proposed solution is to reduce overall travel time between these areas by moving them closer together.

We shared that the first map in need of changes is Kaleidoscope, which through your feedback you’ve confirmed to us is the right call. However, you’ve also shared with us that Renewal is another map that really needs to see changes made to it. We hear you on that, and we’re looking to deliver a refreshed version of Renewal alongside Kaleidoscope as part of Season 1 this summer.

Another feedback point was that you’d like us to shift focus away from traversal by foot by ensuring that there are more transport vehicles active on the map. Increasing the number of active vehicles on the map isn’t something we can do as a short term solution as this has the potential to impact our separate work on improving game performance, but we do hear you on this and want to do what we can to approach the problem from different angles.

One of the ways in which we think we can limit the amount of time spent on foot is to change the distribution of vehicles across our selection pools. We are currently exploring how gameplay changes when the two seater M5C Bolte features as part of the Armored Vehicle pool, and MAV instead shows up in the Transport Vehicles category, as well as shifting the MD540 Nightbird out into the Attack Helicopter pool, ensuring that Air Transport is more readily available in the round.

Cover and Line of Sight

In our first post, we detailed that there wasn’t enough Cover available across maps to ensure safety when traveling between Flags. Additionally, we highlighted that there aren’t enough Line of Sight blockers, introducing an unintended increase on the number of long range engagements.

You’ve asked us to ensure that when we are moving around both Flags and Objectives to new areas, that we’re also working to ensure that sufficient Cover is available in their new locations. We hear you on that, and work is already underway that helps to ensure this standard is upheld. We believe that this should also resolve Line of Sight issues that have been highlighted by you.

Immersion is another point you’ve asked for us to look at, often through discussion of how the maps feel too clean, and pristine. You’ve expressed to us that you want it to feel like each Flag and Objective needs to have more strategic value, and something that you feel is worth fighting for.

As an example taken from the improvements we’re bringing to Kaleidoscope, we’re updating the gazebo on B1 into a military installment. We’ll replace grass with mud, and cover the area in barbed wire to better immerse it into our world, and to bring improvements to the narrative of our battles. We want you to feel the objectives are ready for battle whilst you are fighting over them.

For Intensity we outlined that especially in 128* player modes, combat can become too chaotic around our Objectives, making it hard to determine what’s going on around you, and where you should be keeping your attention.

You’ve told us that in your experience, the primary cause for this problem is vehicle dominance.

Based on that feedback there are several changes we’ll make to reduce overall vehicle availability and uptime:

In summary, this means current dominant vehicles will see a reduction in active time, and you’ll encounter less of them on the Battlefield.

We outlined that there were too few clear Paths between Flags, making it unclear where enemy fire could come from, or how to best travel between Flags.

You’ve told us that you’d like to see this improved by lining up Cover in such a way that it follows a clear path between Objectives. This is something we’re looking to update once we’ve finished moving Base Spawn and different Flag locations closer together.

That’s only the tip of the iceberg for most of these upcoming map changes for Battlefield 2042, with DICE promising to push a new topic for Core Feedback next week. With all of that said, what’s the timeline of these maps changes coming to Battlefield 2042? DICE outright avoided saying anything concrete as the studio did not want to overpromise, but it did give a window for players to see some of these changes in action:

We’ve discussed several changes today that we’ll not only make to maps, but also to gameplay such as how often or how many vehicles you’ll see on the Battlefield.

The first changes we’ll make are to vehicle play and availability, and those will be ready in the next Update. Following that you’ll start to see the first updates to Flag, Base Spawn locations, and Cover and Line of Sight on Kaleidoscope and Renewal. These changes will arrive during Season 1, and as we get closer to deploying those updates we’ll be able to share all of the specifics.

We’re now getting started on bringing these same standards of updates to our other launch maps alongside needed visual changes to make all maps feel ready for battle. There’s a lot of work involved in doing that, so you can expect us to start discussing more about those updates during Season 1, and for the changes themselves during Season 2.

If you yourself have something you want to bring up in terms of Core Feedback for whatever topic DICE comes up next, you can reach out to the game’s various socials to do so:

In case you missed it, check out how to finish the weekly challenge number 15 for Battlefield 2042 here, alongside its reward and tips on how to easily breeze through this new weekly task!