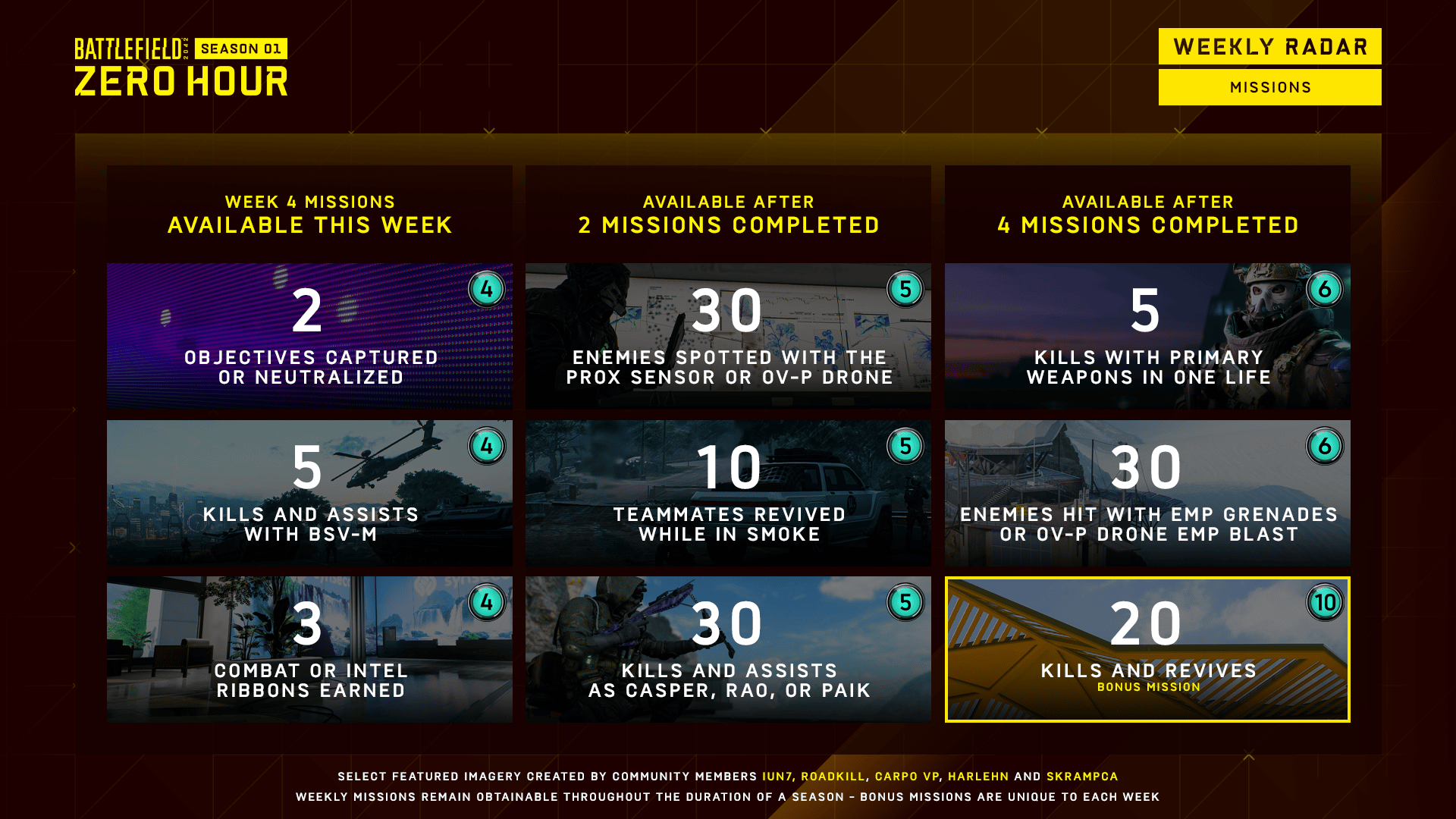 30 Enemies Spotted with the Prox Sensor or OV-P Recon Drone (5 pts)
10 Teammates Revived while in Smoke (5 pts)
30 Kills and Assists as Casper, Rao, or Paik (5 pts)

The items that can be reasonably unlocked by most players on the Battle Pass this week!

That’s about it! Tune in next Thursday for the next Battlefield 2042 weekly store refesh and weekly missions!

Welcome to Redfall Trailer Gives an Introduction on What to Expect