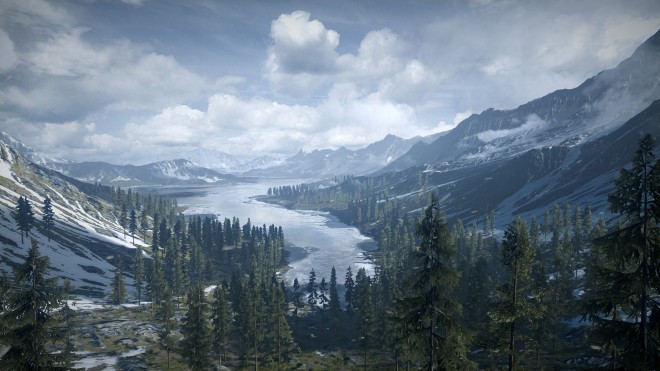 One key feature that the latest DLC, Close Quarters, brought to the Battlefield was HD Destruction, a more detailed and compact form of what the Battlefield series has become known for. But, what about Armored Kill? What is it introducing to the series? “I think the key feature of Armored Kill is the epic battle,” explains Fegraeus. “It’s how we produced the huge maps and these large scale warfare. That’s the key feature. But it comes to life through all the small things that we’ve added – the new vehicles, the new modes, the new game mechanics.”

He adds, “in Armored Kill we have four new maps. We have Death Valley, Armored Shield, Bandar Desert and Alborz Mountain,” of which the latter two were shown off in the latest Armored Kill gameplay trailer which we highly recommend you check out right here!

Speaking to Battlefield 3 TV, Gustav Halling details what sort of gameplay you can expect from the upcoming expansion pack: “We have 20 vehicles on all levels. We place them around, divided into each base. We’re going to have quad bikes, tanks in home base, but also, you’re going to be able to capture bases to get new tanks, for example, or to get a gunship.”

Level design in Armored Kill will obviously differ from that of vanilla Battlefield 3 maps and, especially, Close Quarters maps. “Since you have to cover so much more area, you really have to use vehicles very tactically and squad play very tactically,” mentions Fegraeus. “You have to play defensive, and also, you have to really plan your attack because sometimes.. ‘okay, so we’re going to take that flag,’ and two tanks are guarding it, and that’s not something to take lightly. You need to really plan ahead and be really tactical about your approach:” words of wisdom to take with you as you enter the epic, vehicular-based expansion pack.

Fegraeus was also asked what type of influence the community had in creating this particular expansion pack. As it turns out, quite a lot. “Yeah, we always listen to the community,” he says. “We have lots and lots of feedback coming in and I think one example in Armored Kill, I saw on a forum, one person who actually had an example of what he thought, “you know, this would be an awesome idea for a big map,” and I think he was actually right. I think it was a really good idea. So, one of the maps in Armored Kill is heavily inspired by that. So, that’s just one example.”