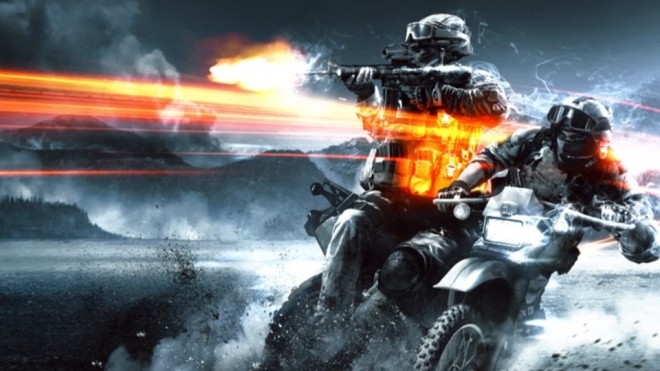 Speaking to Battlefield TV in a video interview (below), McLeod and Halling detail the two new game modes being brought to the battlefield: Capture the Flag and Air Superiority.

A key take-away from this portion of the interview is that Air Superiority will support up to 24 jets in the air at the same time, 12 on each side. In order to win a match of Air Superiority, your team will need to have a higher presence of jet fighters within the vicinity of three different capture points, depicted by three different airships.

Like Armored Kill, vehicles will play a large role in End Game’s gameplay. Three new vehicles are being introduced: the motor bike, new AA vehicles, and the drop ship. Halling mentions that the motor bikes mimic real physics, including leans and quick stops by sliding. The two new anti-air vehicles are based on the Vodnik and Humvee from the original game, but with AA weaponry attached to the roof of each. Of course, the drop ship will allow the controlling team to deploy troops and additional vehicles on to the battlefield.

Also, don’t miss out on these high-res images of all four new End Game maps, plus a brief description of each.