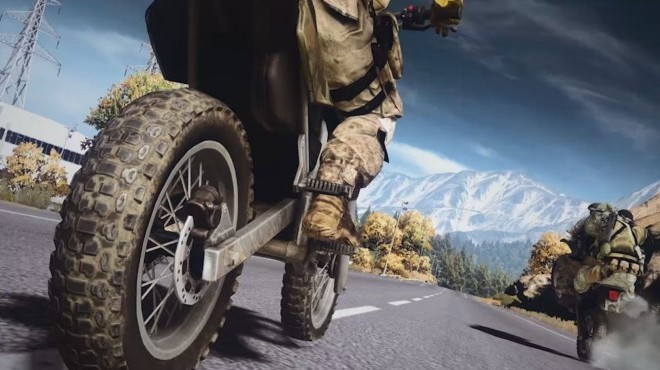 There’s quite a bit to look forward to this march with Battlefield 3’s final expansion, End Game.

Just recently, we learned the Air Superiority game mode would be joining the re-introduction of Capture the Flag (originally seen in Battlefield 1942) which would star the fast and furious motor-bike as a brand new vehicular addition to Battlefield 3’s already vast lineup of war machines.

What we still don’t know very much about are the four new maps themselves or some of the other vehicles that will also become a part of Battlefield 3’s gameplay this March like the lightweight AA vehicle or the new dropship.

According to a recent post on the Battlefield 3 blog, you’ll be able to “jump into the seat of two new AA vehicles or use the new dropship to call in reinforcements or parachute in behind enemy lines.”

You’ll be able to defend yourself from both aerial and ground attacks with the new roof mounted AA turret and rocket launcher attached to this troop transport vehicle. Considering it’s original purpose of “transportation,” it most likely won’t be that heavily armored, however. Like the AC130 Gunship introduced in Armored Kill, the dropship will be awarded to the team that captures and holds the central flag in Conquest. It will let you drop in an additional Fighting Infantry Vehicle by parachute or allow soldiers to paradrop from its location.

Interestingly, the four new maps in End Game will be based on the four seasons within a year, according to the blog. “By making each map distinctly unique, End Game serves as a beautiful reminder of the broad range of vistas we can deliver with the Frostbite 2 engine, and how the environment influences gameplay in subtle ways,” writes DICE. “From the beautiful fall-themed Operation Riverside, with its many rivers and electrical sub-stations, to snowy Sabalan Pipeline, End Game brings all of your favorite settings into one tight package.”

Operation Riverside is most likely the map that was featured in End Game’s premier trailer.

So far, End Game seems to be a fitting close to Battlefield 3’s post-launch DLC support. Each of the four new maps will bring flavors of Spring, Summer, Fall and Winter, while classic game modes from both Battlefield: 1942 and 1943 return in style.

Looking forward to it?

Thanks, DelucaFTW, for the tip.