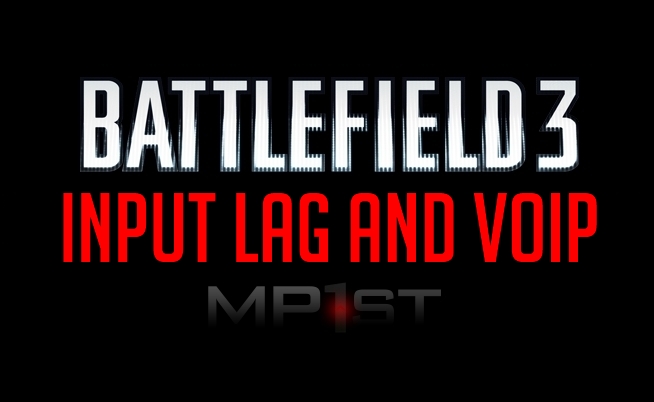 “First of all, just because it’s in a forum doesn’t make it our top priority. There are things that we’ve been fixing that have been way, way worse than the things you’ve brought up, and we have to make decisions on fixing the most important things first,” Bach told CVG referring to Battlefield 3’s input lag, voice chat problems on the PlayStation 3.

“Regarding vocal people on the internet, the statistics we get from the game often prove that certain things aren’t true, and it’s really hard to tell sometimes,” he continued.

When Bach was asked if those affected are in the minority, he reponded, “Yes. Not always but in some cases, and I think it’s important for people to understand that it’s not that we aren’t caring, it’s just that we can’t always tell people that they’re wrong, because people have the right to feel whatever they feel, but that doesn’t make it right for everyone.”

Since the game launched in October, the PS3 version received one VoIP patch in February, and input lag was addressed in the 1GB patch in March. While both fixes did improve the experience for PS3 users, there are still some rough edges to sand off. Fortunately, both problems will be further fixed in the near future according to Bach.

Bach explained that input lag “has been a really hard thing for us to fix, but in the Close Quarters expansion pack we’re actually fixing it. I didn’t want to bring it up as a feature, but we are improving it quite significantly, and hopefully players who have felt it before will feel the difference, that it feels much snappier and gives better feedback, so we’re definitely listening.”

PS3 players might not have to wait until Close Quarters drops in June for a voice chat fix, as Bach teased a “perfect solution” in the works to be released soon.

“And on the voice chat functionality, we’ve been working on it and I think we’ll probably have the perfect solution very, very soon. It’s very hard to fix between the combination of the built-in systems and our systems, and it’s not that easy to just make it a priority over everything else because it will affect the rest of the game,” he concluded.

Earlier today, a new gameplay trailer for Close Quarters was released showcasing a new map in the upcoming expansion, which PS3 players will receive one week earlier than other platforms.

“There’s a Lot of People We Pissed Off,” Admits Activision Regarding CoD Elite’s Rough Launch