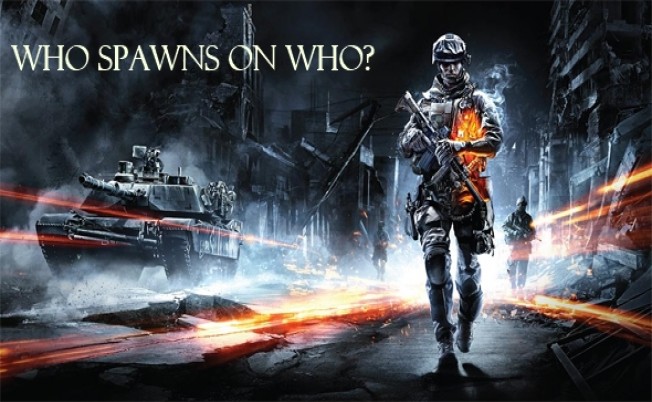 One issue that has confused many Battlefield fans is squad spawning, and how it will work in the final version of Battlefield 3. In the Beta, regardless of whether or not you were a squad leader, you could spawn on any other squad member. In the commentary on the recent new maps’ footage, which we dissected frame by frame, DICE’s Patrich Bach explained that players can only spawn on the squad leader. However, this wasn’t not entirely accurate as Battlefield 3 will feature 2 variation of game modes, regular and hardcore.

So, now let’s clear this up once for good. In a PCPowerplay interview, Lars Gustavsson,  Lead Multiplayer Designer, clarified that in “retail [version of BF3] will be everyone can spawn on everyone [in their squad], plus the Recon radio beacon. If you play in Hardcore Mode, we will have the spawn only on the Squad Leader.” Obviously, as Alan Kertz explained, the squad leader will be able to spawn on any squadmates, but who gets to be a squad leader? Lars went on to clarify “whoever creates the squad” will become the leader. Unfortunately, the leader’s hat can’t change heads mid game at launch, but Lars teased  “down the road, who knows [if demotion or promotion will be implemented].”

Finally, this issue’s been put to rest!