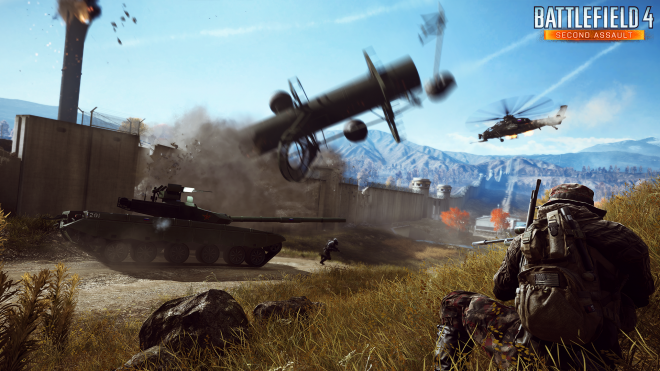 In a continuing effort to improve the game, developers DICE are hard at work on a number of upcoming balance updates for Battlefield 4.

Earlier, the studio detailed upcoming changes being made to Battlefield 4’s weapons and vehicles, a few of which have already made it in today’s big Battlefield 4 update. Today, yet another blog post from developer “H Brun” details upcoming Grenade tweaks.

Players will now be able to carry additional flash bang grenades and hand flares. Meanwhile the RGO Impact grenade sees an increase in damage but decrease in blast radius while the V40 Mini Grenade get a decrease in maximum damage, though it still keeps is carrying capacity of 3.

Check out the details below:

2) Increased the effect of M84 FLASHBANG grenades on friendly and enemy players. When Friendly Fire is OFF, friendlies receive approximately half the effect duration. Previous duration was 4 seconds, now 5 seconds for enemy players. Additionally increased the range at which a player feels the full effect of the flash, and increased the effect on players not looking directly at the flash bang. This should sufficiently improve the reliability of the M84 FLASHBANG, and make it a viable choice in the grenade category.

3) Increased the maximum damage for the RGO from 67 to 80, however reduced the range of explosion. The RGO was essentially an instant kill in Hardcore, it now has a reduced 1 hit kill range, however accurate throws will yield higher damage values in Core. This clarifies the role of the RGO as an accurate impact hand grenade, while still not allowing 1 hit kills in Core.

4) Reduced the visual and audio effect for the detonation of the V40 Mini to highlight its smaller blast when compared to other grenades. Decreased the maximum damage from 80 to 60, and decreased the range at which maximum damage is applied. The player continues to carry 3 V40 grenades, and is still able to use 2 of them to get a kill in Core. Previously the V40 was entirely superior to the M67 in Hardcore, this change aims to balance them in Hardcore, while also keeping their effectiveness intact in Core.

What are your thoughts on the upcoming changes? Are they fair?

Rumor – Titanfall to Have 16 Maps at Launch, Followed by First DLC 45 Days Later