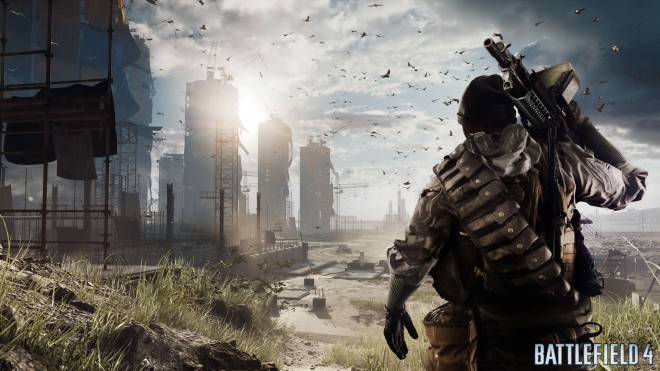 Last week, news of EA paying influential YouTube personalities to advertise their games, including Battlefield 4, broke out, causing quite a stir in the relationship between video producers and their followers, not to mention the ties between EA and its fans.

In an example posted on NeoGAF, via IGN, a leaked contract outlined guidelines that producers needed to follow in order to get paid a certain amount of CPM. It included requests like leaving out commentary on bugs and glitches and highlighting only specific platforms, like the Xbox One, PlayStation 4, or PC.

Few sites were quick to criticize producers without full knowledge on the subject matter, and so well-known Battlefield YouTube personality LevelCapGamer took it upon himself to further explain the situation and issue a personal response to the matter.

“I’m writing this response because someone needs to say something on the YouTubers’ behalf about what happened is happening with the situation regarding YouTubers getting paid to make videos of Battlefield and other games,” he wrote in a recent Reddit post. “This is not an apology.”

“Most of the recent articles I have read regarding this subject talks about EA buying positive reviews and asking us to lie to our fan base about the state of Battlefield 4. Nothing could be further from the truth, and unfortunately these articles have been written to grab attention, so have dishonestly portrayed this situation as a scandal.

“Having been a part of several EA Ronku campaigns, I can tell you that at no point was I asked to lie or falsify my opinion of a game. EA is aware that asking people to do this is wrong and if you actually read the assignment documents that were leaked, EA never asks us to misinform people by only saying positive things about the game. I would love to disclose the actual campaigns to the public so you could see just how tame the requests were but I don’t have the authority to do so.”

He goes into further detail about the ordeal, which you can read for yourself right here, but it appears that his primary takeaway is as follows: “Everything that I say in my Battlefield videos is genuine; no opinions are bought, and thus I didn’t feel the need to disclose that I was getting paid by EA to say what I want.”

“I don’t feel like I’ve cheated anyone or falsely influenced anyone into purchasing Battlefield or any other game,” he concluded. “And while I cannot speak for all my fellow YouTubers, I know that those with whom I work on a regular basis feel the same way.”

Popular YouTube personality Boogie2988 also commented on the state of advertisement on YouTube in an informative video posted on his channel. In a similar case between Microsoft and content creators, he noted that this type of advertisement might be more commonplace throughout the industry than expected.

What’s your take? As a viewer, do you feel you are being swayed by money-fueled opinions, or is it a fair-and-square way for content creators to earn a living?

Shortly after publishing this piece, we noticed a video from yet another popular Battlefield 4 YouTube personality JackFrags discussing similar points. It’s a bit on the long side, but we think it’s hearing out what Battlefield producers like JackFrags have to say.