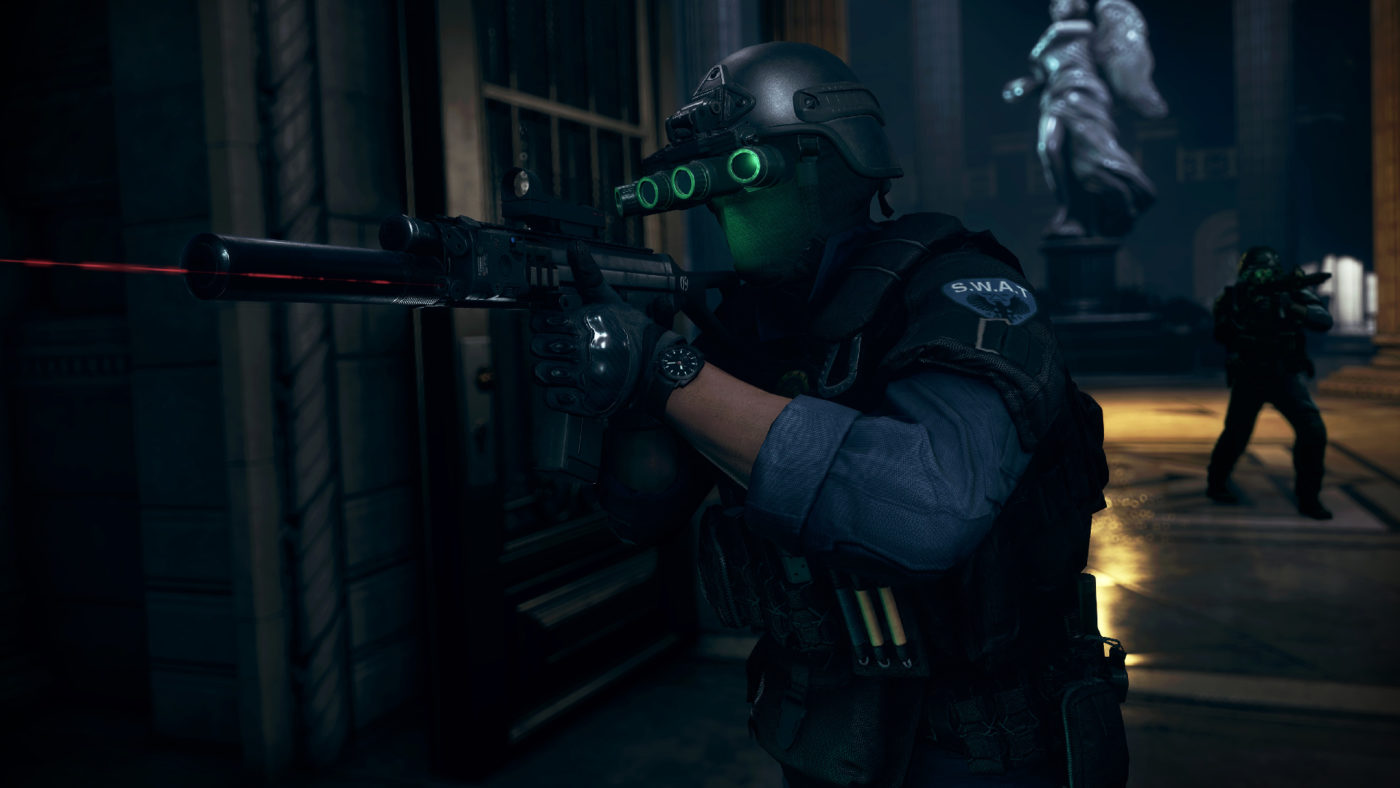 The idea sounds pretty similar to DICE LA’s free Night Operations DLC for Battlefield 4 last month, which is a good thing. It was positively received and introduced new gameplay elements while encouraging players to consider new loadout options due to poor visibility. This time, instead of one map remake, it looks like Visceral is offering two. Here’s exactly what’s included in Hardline’s Blackout DLC:

“We’ve been operating in the shadows to bring every player a surprise in our upcoming update,” said Visceral, “and we’re finally ready to reveal our plan: Battlefield Hardline: Blackout is coming soon, and brings some significant content to all Battlefield Hardline players for free.”

In addition, the update also promises to introduce new improvements to Hardline’s Spectator Mode. Full patch notes will be available on release day, though no exact date has been announced just yet.

A heist taking place at night sounds a lot more likely and should fit in nicely with the game’s theme. We’ll probably get a better look at the new map remakes soon, but hopefully they’re just as dark as Battlefield 4’s Zavod 311: Graveyard Shift.

What do you think of Visceral’s free DLC offering?