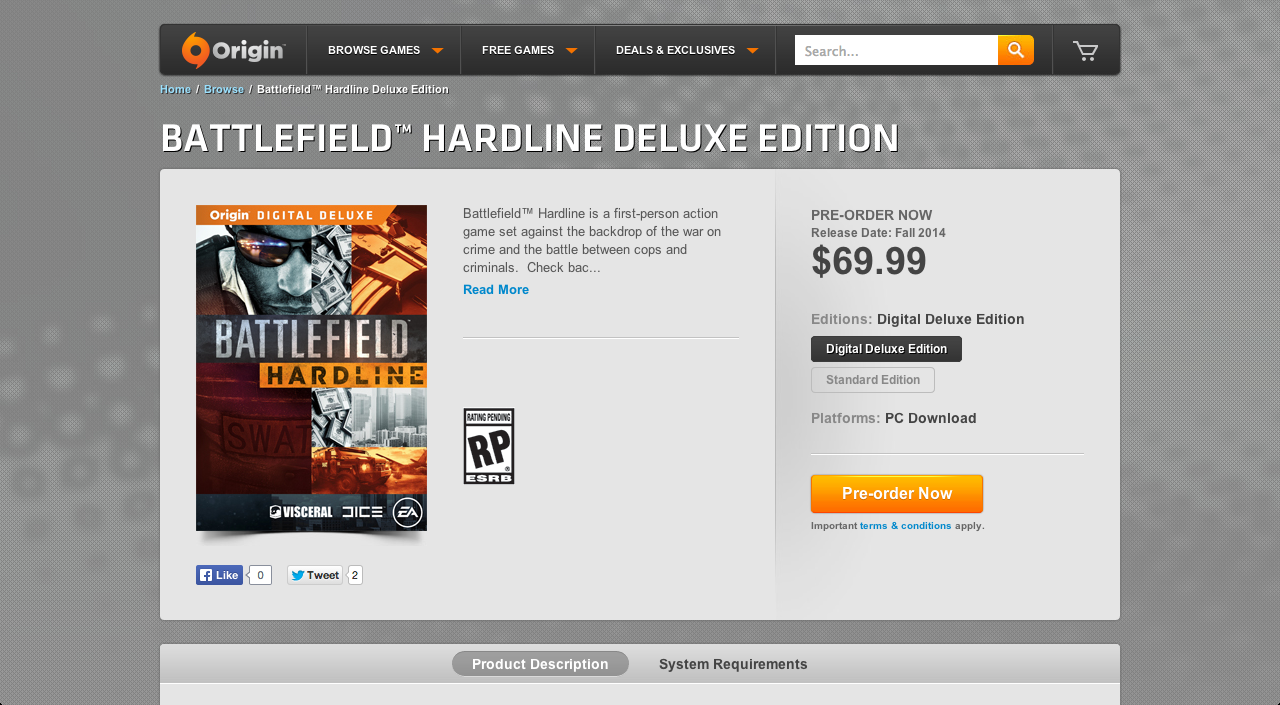 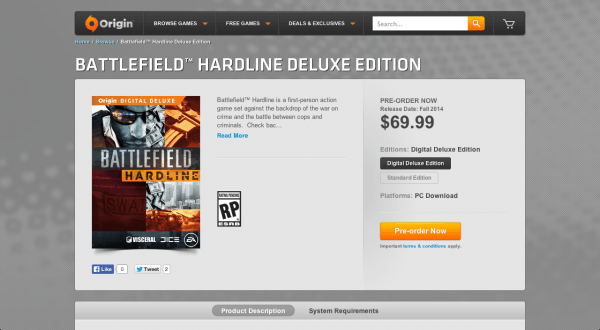 You’ll find the Standard PC download at $59.99 and the Deluxe PC download for ten dollars more at $69.99. EDIT: We initially listed Canadian prices. US prices are now reflected. Canadian is Standard: $69.99, Deluxe: $79.99. The game’s description is due for an update on June 9 at 1pm PDT, so it’s not clear yet exactly what the Deluxe Edition will offer over the Standard. Here’s what it reads so far:

“Battlefield™ Hardline is a first-person action game set against the backdrop of the war on crime and the battle between cops and criminals.  Check back on June 9 at 1pm PDT for more information and videos from Battlefield Hardline, including a more detailed description of the bonus content included in the Digital Deluxe edition.”

System requirements have not yet been listed either, but you’ll notice the game’s official box art on the product page, which you can visit here.

Also of note, the full PC version of Battlefield 3 is now completely free on Origin until June 3. You can read more about it here.

Battlefield Hardline is now also listed on Amazon for all platforms. Check it out here. 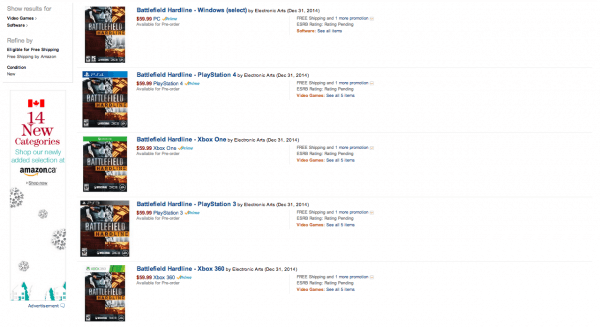 Battlefield Hardline is on course to be officially unveiled during EA’s E3 2014 media briefing on June 9. Though, Visceral general manager Steve Papoutsis mentioned in a recent note that we may be learning a little more about the game ahead of E3 ‘if fans want it.’

Battlefield Hardline brings the Cops vs. Criminals fantasy to life this Fall on Xbox One, PlayStation 4, Xbox 360, PlayStation 3, and PC. You can catch all the details we know so far right here.