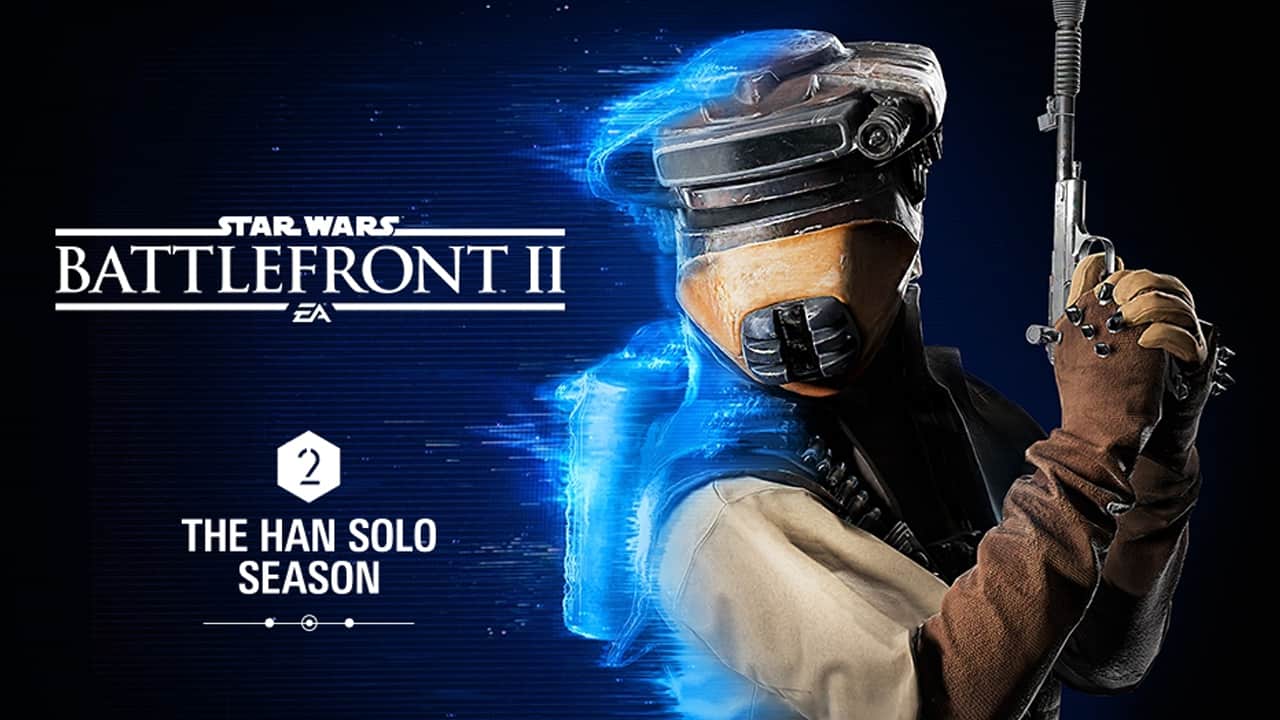 The Battlefront 2 Han Solo DLC is set to release on May 16, and we now have more details about the expansion’s content. Read on for the full description of what players will be getting for free!

What happens when you don’t pay a Hutt on time? You end up as an accent piece in his throne room… a lesson Han Solo learned the hard way. This month, fans of Star Wars Battlefront can revisit Jabba’s Palace in Star Wars Battlefront II as part of The Han Solo Season. Available in Blast, Hero Showdown, or Heroes vs. Villains, players can iron out their differences in the twists and turns of Jabba’s abode.

Dress for the Job

We figure if we’re sending you all the way to Tatooine, you might as well dress for the part. Don new appearances — available for Credits or Crystals — inspired by the opening act of “Star Wars Episode VI: Return of the Jedi,” with Lando Calrissian looking scruffy in his Skiff Guard disguise and Leia Organa donning the bounty hunter Boushh’s gear and featuring brand-new voice-over.

Han Solo’s rarely seen without the mighty Chewbacca at his side, and in Hero Showdown — a new, round-based elimination mode in The Han Solo Season — you’ll take your favorite pairings into two-on-two Heroes vs. Villains battles. Han Solo and Chewbacca vs. Boba Fett and Bossk? Yoda and Rey vs. Vader and Captain Phasma? That’s up to you, but once a round is won, you must pick another duo for the next round. Bring out your wits and tactics for this one.

No need to fly casual; you’ve asked for it, and we’re excited to add Starfighter Custom Arcade to Star Wars Battlefront II. You’ll be able to hone your skills in the cockpit with starfighters from all eras, whether you’re aiming to turn Rebellion X-wings into stardust with your TIE/LN or hop into the Millennium Falcon to fly circles around enemy starfighters.