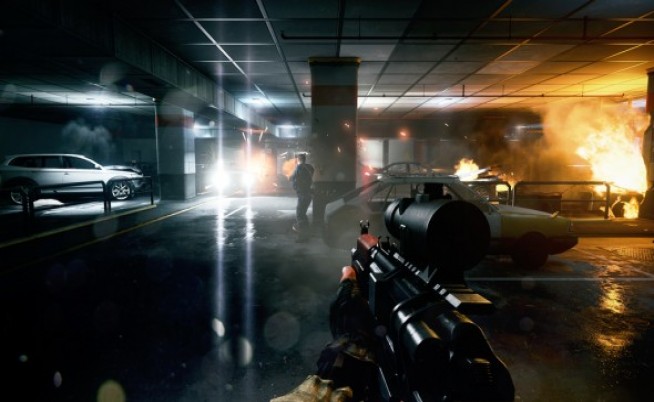 First, Mr. Thylander recently announced that a total of 12 sets camouflage patterns will be available for your soldier in Battlefield 3. Fans have been curious to know exactly how these camos will be unlocked and what styles are included. Thylander give his answers: “I’ll leave the styles a secret, but as with every ‘all-kit’ unlock, it’s through rank-up.”

Thylander has also recently cleared up a few things up about how points will be earned in the final build of Battlefield 3. Personally, I was very excited to play as the Recon class in BF3 after finding out about all the cool gadgets that the class will be receiving, like the spawn beacon and the SOFLAM. One thing that disappointed me in the Beta was that the Recon class did not get any points for having teammates spawn on their beacon. However, according to Thylander, this has been addressed for the final build as the “Spawn beacon [now] gives points.” He also clarified a few things regarding the controllable MAV: “MAV is a mobile motion tracker. Points to you for anyone that dies in it’s radius.” It’s good to see the Recon class getting a bit more attention in terms of points.

As for the SOFLAM gadget, it seems that points are also rewarded accordingly for assisting in destroying vehicles. Thylander had this to say about laser painting: “The person who painted gets each point of damage…” He continued, “note also, though a javelin cannot lock on an air target by itself, [it] can lock on painted stuff. And, SOFLAM can paint air targets.” What I like about this is that it really encourages the Recon class to be more active in assisting other teammates, especially the Engineer class in this case, with his Javelin.

What did you guys think about the point system in the Beta, and what would you like to see changed in the final build? Leave your comments below, and make sure to follow @MPFirst on Twitter and check out our brand new Facebook page!