While we’ve seen sprawling, open-world, action-RPGs before, developer Experiment 101 tries to buck that trend by having the protagonist be a mammal that’s not exactly human, but not exactly an animal, either. Think of it as a mutation of genres, ideas, gameplay mechanics and so on. The big question here is: does Biomutant evolve enough to warrant a purchase or is it stuck in the evolution phase and fails to progress further? The answer? It’s a mix of both, which we touch on in our Biomutant review, so read on!

It’s the end of days as massive behemoths known as “world eaters” run rampant in the world, wreaking havoc with every passing minute. With the world tree on the verge of dying, a once unified people (well, more like furry mutants) have now been broken up into several tribes, some wanting to save the tree from the blood thirsty beasts, while others wishing to end it all in hopes of bringing something new.

This is where you come in; a user generated character who has been struck with a bad case of amnesia. With a world so unknown to you, the only rule you can truly live by is the one ruled by your fist. 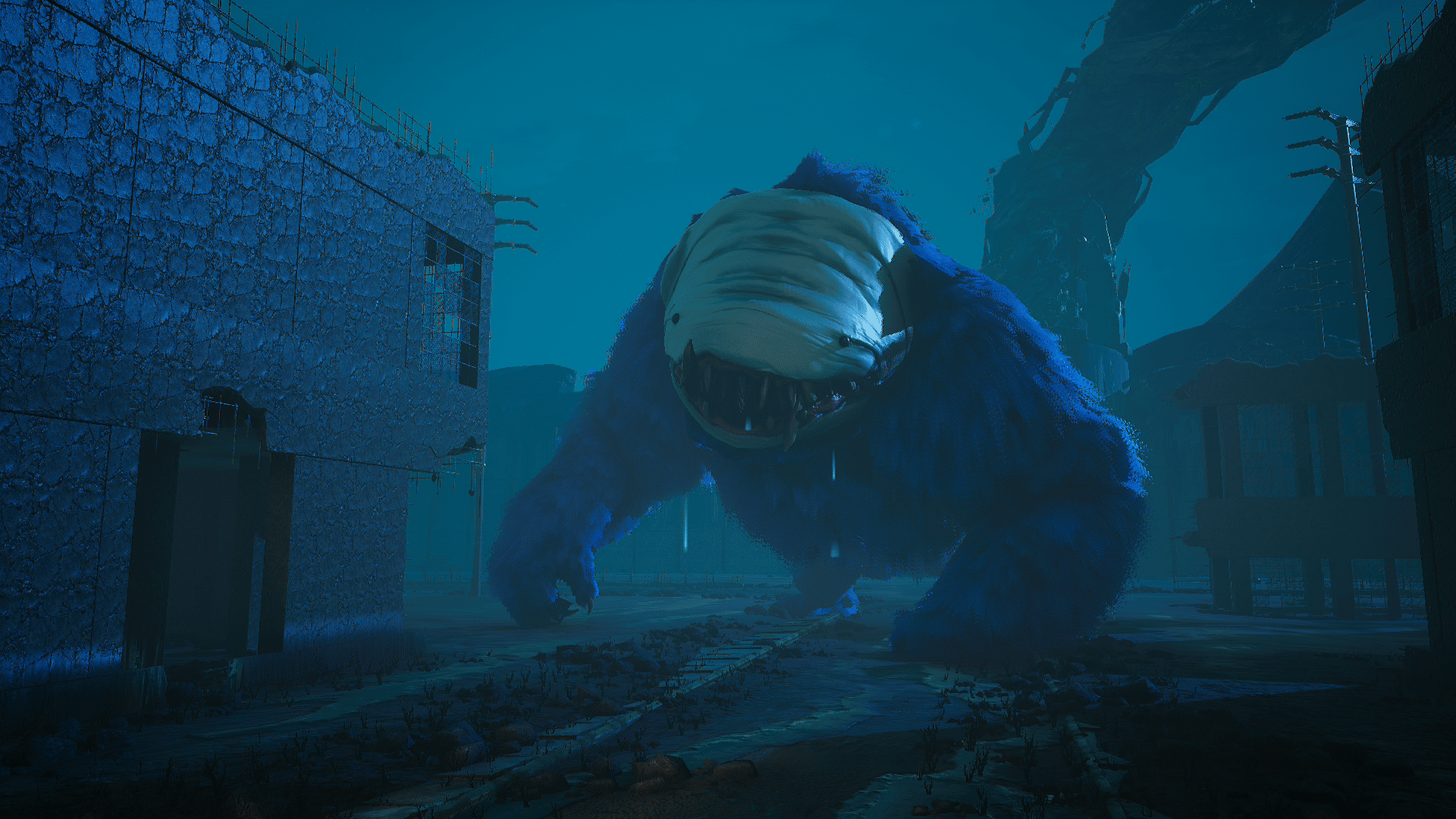 Biomutant story isn’t one that particular stands out, and it falls a bit flat towards the end. It’s fun to go through for sure, but once you’ve beaten some world eaters, and captured countless outposts you begin to realize just how much dialogue gets repeated.

To make matters a bit more annoying, the entire game is narrated by David Shaw Parker. Now this is by no means saying that Parker’s voice is annoying, but it’s the fact that every spoken line is narrated by him, which is exhausting to say the least. Granted, this isn’t some major triple AAA game, but even still for one such as large as it is, a few different voices could have really gone a long way.

Furthermore, Biomutant seems to take a lot from other games (more on that later) that never feel realized. Dialogue from characters often lead to different selectable lines, but a nagging annoyance was that you never could learn everything there all was. For example, early on a character called Out-of-Date speaks to you about a weapon along with your past. You are then presented with options to learn more about either one, but only just one. 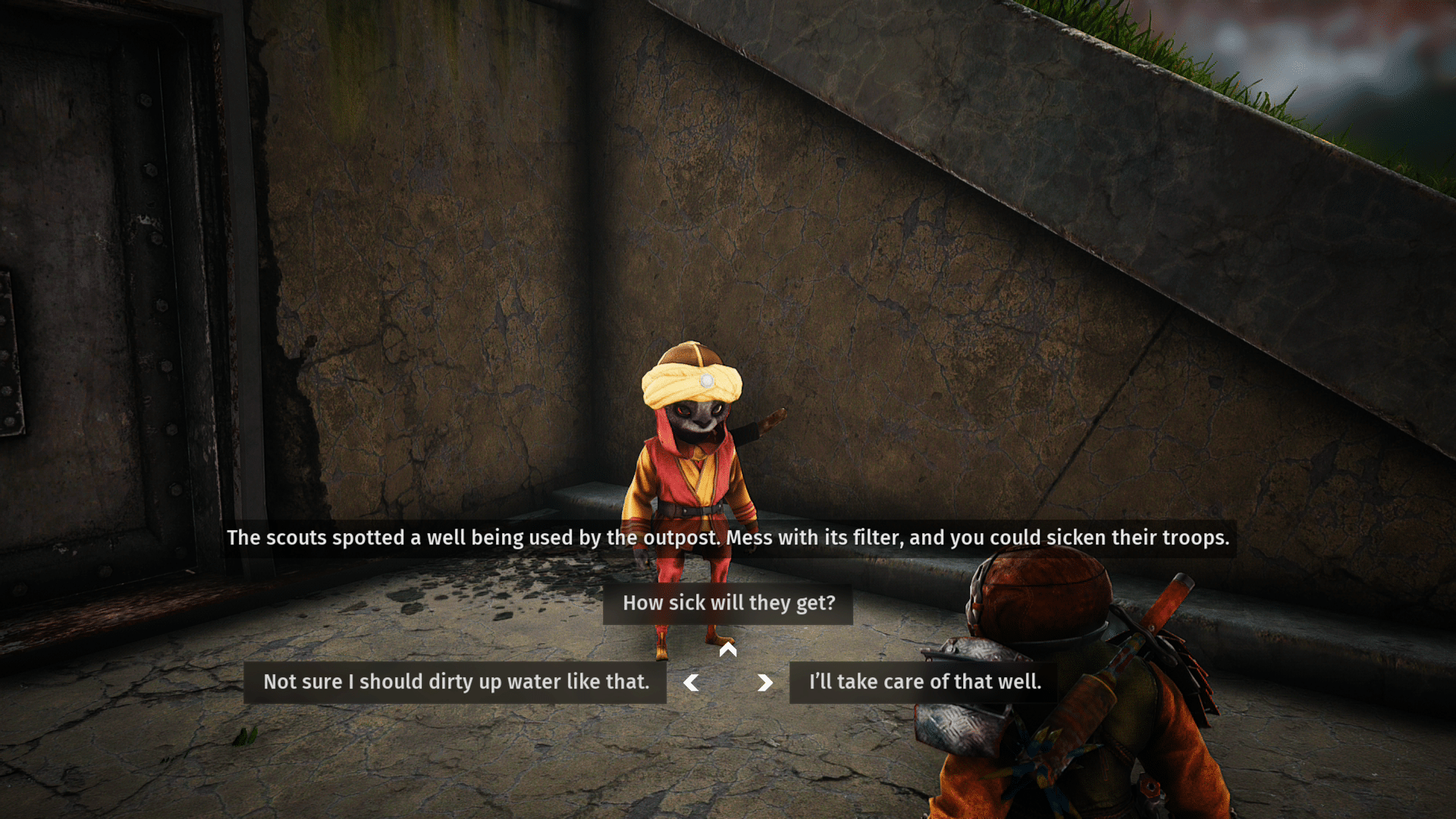 Traditionally, RPGs will loop back to these options, giving you the opportunity to learn all there is to learn. This mechanic is crucial in most games because they help you make the hard choices. Biomutant has choices, but often feel pointless since plenty of them can be reverted back. There is no narrative risks that actually feel like you are making a difference rather than a predetermined one.

This goes hand and hand with the Aura system, which is the game’s morality system. You can be either good or evil with decisions awarding points to either or. The thing is, it almost amounts to nothing other unlocking specific perks and mutations. The world doesn’t feel reactive to whatever side you gear more towards with, and dialogue shows this. I was max light, yet some characters were still speaking as if I was undecided. It just didn’t make sense from a narrative perspective outside of the ending, and even that, I can’t say paid off. There’s a story, but it doesn’t do a very good job at enticing you to stick with it.

Now I did enjoy the side stories from some of main side characters. With this being a game about mutated mammals, there is a lot to have fun. Characters are named funny with designs to match it, and the dialogue that’s there (no voices but text) match their personalities too. I certainly had a few laughs here and there, especially with some of the world’s side activities. You’ll find that Biomutant takes itself a whole lot less serious in that regard, which perhaps should have been more embedded into the main story.

Beauty on the Surface, Not So Much Underneath

When the Biomutant trailer first debuted back in 2017, I instantly knew I just had to play it. At the time, the game world presented itself with a kind of beauty that I have yet to see then, and honestly it still holds to even today.

There is a sheer amount of beauty to be found in Biomutant, every bit of it being picture worthy. From the opening act you are instantly thrown into a lush, vibrant forest filled with many different structural buildings. As you venture deeper into the world, you’ll soon come across sandy beaches, toxic wastelands, rocky mountains, and so much more. The amount of biomes and their variety and well articulated designs are truly sites to behold. 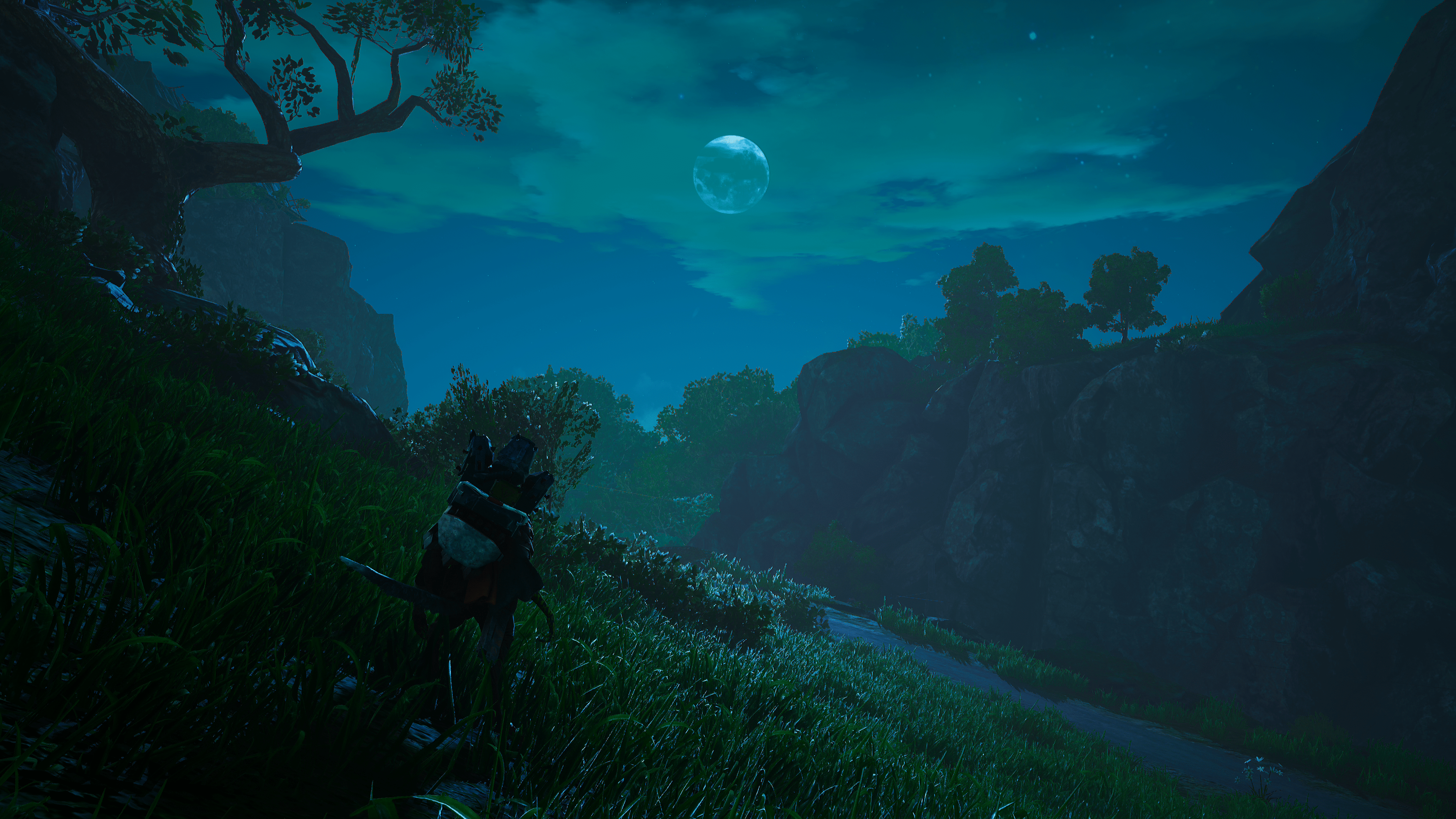 I could compare it to worlds such as Death Stranding, and Ghost of Tshushima where I could just spend countless hours wandering, taking in every visual awes the game could throw. I really is one of the best looking games I’ve played as of recent.

Sadly though, the world itself doesn’t offer a whole lot to accompany that beauty when it comes to the side activities. There is a lot to do in Biomutant, but it seems to take the quantity over quality approach as most side activities will be nothing but fetch quests and outposts liberations.

And with a world filled with so many uniquely designed locations and characters, it is a huge missed opportunity.

I should also mention that there is no mini-map displayed during gameplay. This turned out to be a big annoyance because there was no way for me to tell if I was close to a side-quest while tracking another, not without actually opening the main menu screen where everything is. For a game that wants to engross you in its world, it makes sure you spend a lot of time in it’s menus. Even worse, shops aren’t even highlighted unless you are in close proximity. Because of that, I never even bother using them once.

Biomutant may feature giant mechanic machines, and a variety of range guns, but if there is one thing we learned during our playthrough it’s that the fist is the heart of it all. Biomutant presents itself as a kung-fu hack and slash filled with very stylish combos. One could almost say it follows in the steps of Devil May Cry when it comes to gameplay.

While the combos aren’t all that complicated, they are super fun to perform, especially since they’re different with each of the four weapon types. Adding to this, you can unlock cool abilities that come in the form of mutations. These are pretty unique, with some being with some being tied to your current aura.

Furthermore, you can even craft new weapons, although they always fall within the four different weapon types. Still, you can add perks such as freezing an enemy after a specific amount of hits and other cool things.

It’s all pretty fun, especially when you come up against the larger foes such as a world eater. I also love how there are comic book style quips that pop as well. 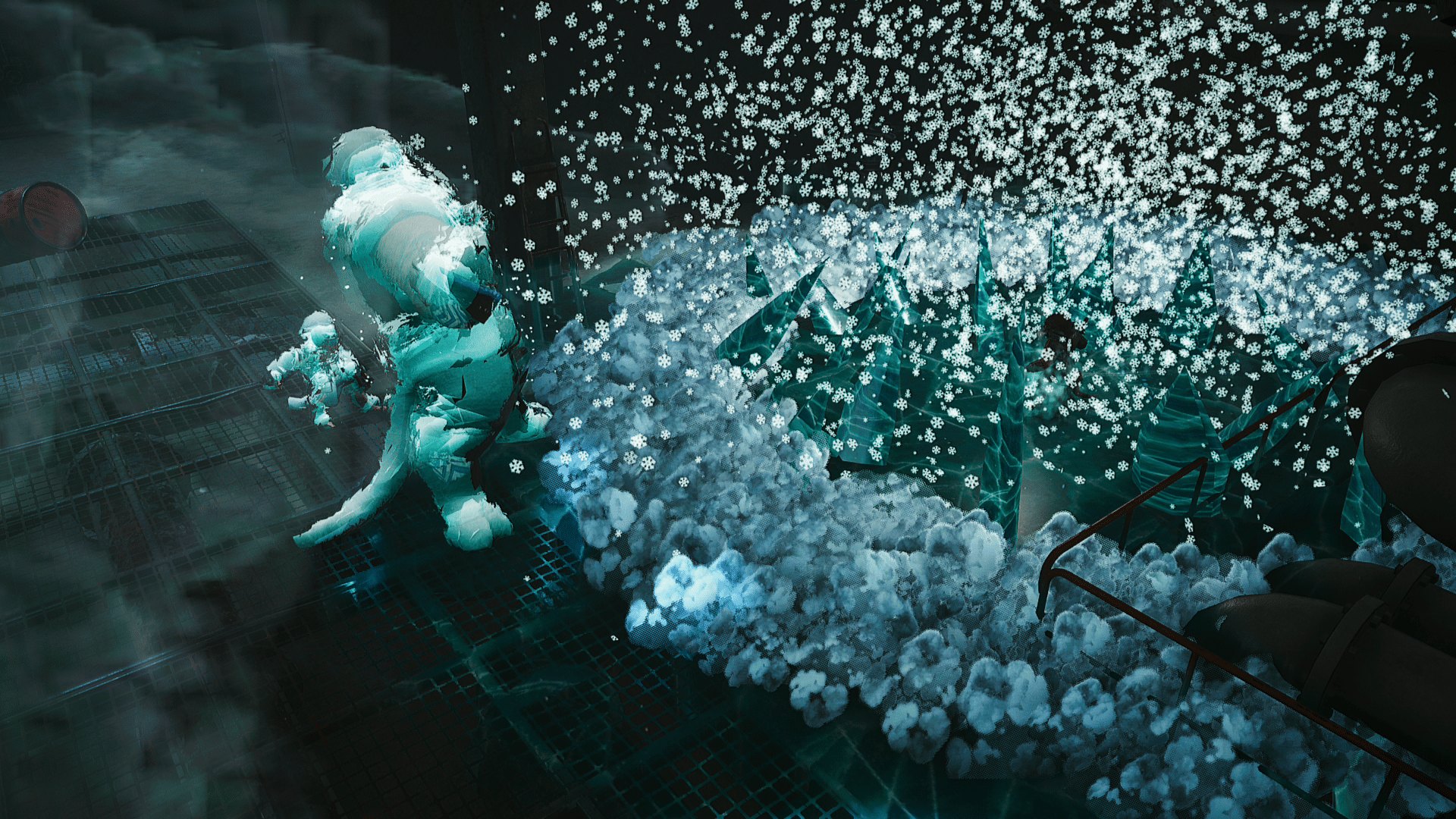 Yet while the character does feel great to control, I will say that there were some issues I had. For one, a lot of the time it felt like I was punching nothing but air. The game has a soft lock-in feature where you look at an enemy and it locks on, yet as you move around this seems to go all over the place. Often times I found myself performing combos but missing the mark completely because the lock-on decided to no longer lock-on.

I also often found myself thinking I was done with a battle because there was no audio cue and the enemy wasn’t in my view or they were just being dumb and standing still, leading me to think they were an ally NPC.

Then there’s the puzzles, which felt like a huge waste of time. They aren’t complicated at all, which isn’t the issue, but the fact that they are just line this up with that makes them extremely boring. They come in different variety, but they are all the same process. They don’t even fit the core gameplay, it’s like they were built for a different kind of game and then just slapped in there. It would have been great to see some actual level interaction like moving objects around, platforming sections, anything but what’s there now honestly. 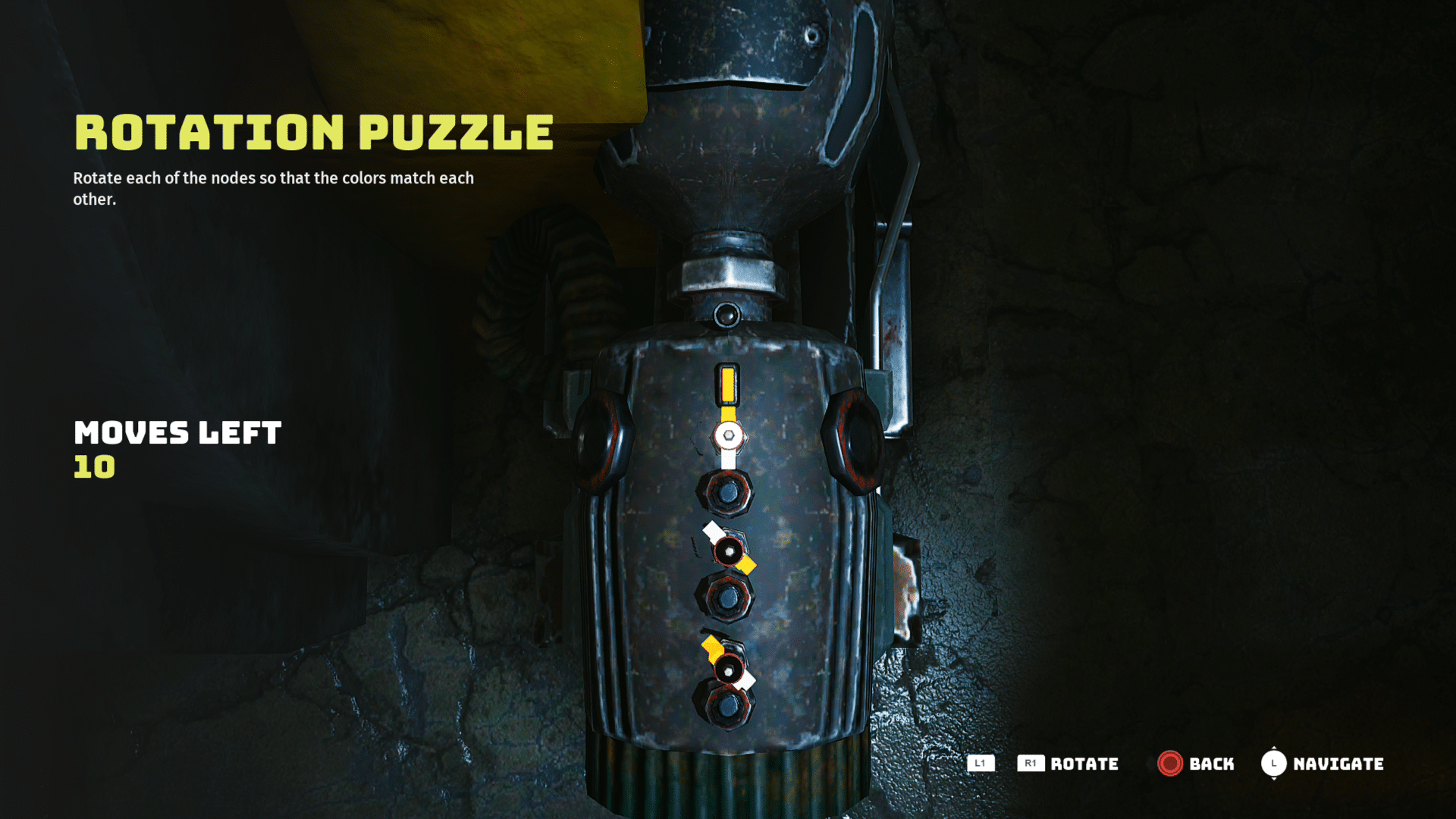 Biomutant is by no means a terrible game, far from it, it just feels like it never hits its full potential. It’s clear that Experiment 101 took inspiration from many games and tried to put it all in one nice package, but in the case of Biomutant there is just too much of too little. The morality system feels out of place, as do the dialogue and player’s choices, and the side quests are just there for the sake of being there. There is a good foundation, but not a lot to be held by it. Combat and its world may be the saving grace of Biomutant, but this is one mutant that might need more experimentation before it achieves its full potential.