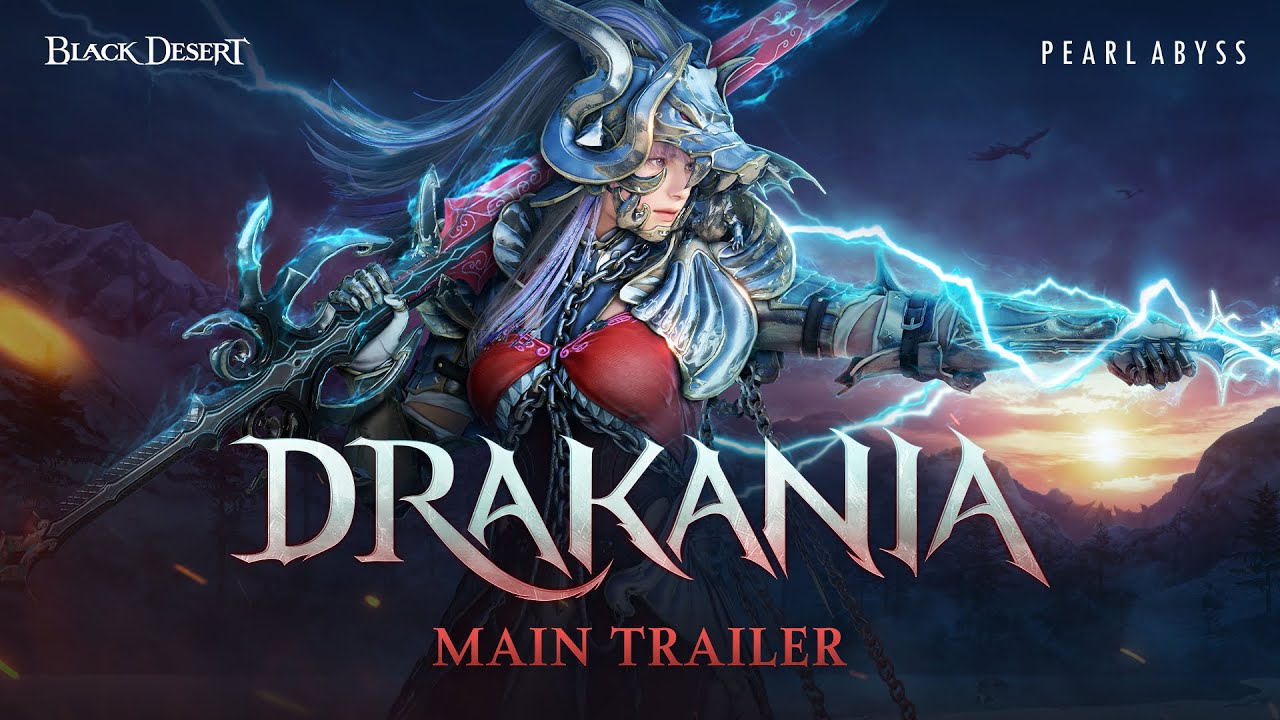 A new update has been released, bringing the Drakania and Season Pre-creation window, the new Dawn Earrings with Abandoned Monastery, and weight reductions on common items! Read on to find out more about what is coming with the latest Black Desert update.

– Pre-creation and customization for Drakania is now available.
– With the addition of Drakania, the maximum number of character flots has been increased to 27.
※ Character Slots will be expanded to a maximum of 28 slots in the future.

The way pets acquire loot, as mentioned in CalpheON Episode 2, has been improved. Previously pets had to follow the character when the character moved, so the more the character moved, the slower the speed of picking up loot. As many adventurers have constantly provided their opinions on the topic, we have had a lot of discussions and tests to find a way to improve this situation, and we have been able to improve the way pets behave by looting items first. After this change it is expected that the chance of missing loot even when moving around a lot will be eased.

● Adjusted the numbers of the Max HP effect, the buff given to losing team, and the minimum AP/Accuracy/Damage Reduction given to characters participating in Red Battlefield.

※ Characters that enter the Red Battlefield with AP/Accuracy/Damage Reduction lower than the minimum will have them raised to the minimum.

● Changed stat restrictions for Conquest Wars in Calpheon, Valencia, and Mediah as follows:

● Changed the quantity of Command Posts and Field HQs you can install in Conquest Wars as follows:

● Fixed the issue for the following classes where the idle animation was abnormally short.
– Valkyrie, Kunoichi, Dark Knight, Guardian

In the process of rebooting Tamer, we focused on enhancing her representation and unique combat style by increasing the utilization of Heilang. After the reboot, many Adventurers have been enjoying combat with the improved utilization of Heilang. However, Adventurers playing other classes as well as Adventurers playing Tamer have given us feedback on how only the skill Roaring is used while mounted on a horse. We thought a lot about this situation and came to the conclusion that it does require some improvement and change. First of all, the overall cooldown was reduced for the skill Prime: Roaring, but it was changed to not be activated during cooldown. Instead, the skill effects of Prime: Roaring were adjusted to be applied in other skills as well since it is an important skill on the ground as well. Also, adjustments were made to work as a substitute when Roaring cannot be activated such as skill combos or improvements on utilization so that you can deal damage enough. Due to this adjustment, you’ll no longer be able to use only Roaring while mounted like you could before. This might be slightly disappointing for many Adventurers playing Tamer, but we thought it was a necessary improvement, considering future updates including Pet AI improvements and the development of Tier 5 pets, etc. and in the long run. We ask for our Tamer Adventurers to be understanding of this. We will continue to check and make improvements even after the update.

– Improved to start performing the Vermillion Bird attack and continue the skill to Black Turtle attack when holding R1/RB.
– Added Down Attack.

● Cloud Stomping – Made the following changes:

As time has passed, we have added many items to the world of Black Desert. As a result, it became increasingly difficult to know about which items are needed, and how they are used. We are making steps to addressing this today, and will continue improving item descriptions in the future.

● The descriptions of many items has improved so that the acquisition and use of different items can be easily recognized.
– Descriptions of items will be improved sequentially.

Black Stones, Memory Fragments, Hunter’s Seals, Gold Bars, Node/Conquest War items, and many more items would naturally pile up in our Adventurer’s Inventory and take up a significant amount of weight. However, this will be changed as 344 items had their weight reduced. We hope this will help our Adventurers take off on their adventures, lighter than before.

● Decreased the weights of Gold Bars, Seals, Black Stones, and other stackable items (a total of 344 items).

– You can see the full list of items that have their weight reduced below.

As announced during CalpheON Episode 2, the processing stones were combined. We searched for a way to combine these stones together as many of our Adventurers have requested this change. Now, Adventurers will be able to mass process a variety of items with a single processing stone. We are also currently working hard on developing the Life Inventory..

● Item descriptions have been cleaned up to remove typos.

● Fixed the issue where the max durability increased from successful enhancement of items while using Item Copy wouldn’t be applied to the copied items.
● Added a text describing how to check out info on crafting to the item descriptions of Delotia and Delotia Essence.

You can now keep multiple Talibre’s Tears (an item required to enter Atoraxxion, a co-op dungeon) conveniently in your storage and inventory since they were changed to now be stackable instead of taking up individual slots in your inventory.

● Improved Talibre’s Tear to now be stackable in one slot of your inventory.
– The Talibre’s Tears in your possession will be retrieved and sent to your storage in Heidel.

● Changed the icon for the Character Weight & Inventory Exchange Coupon Item
● Added the item, Quick Flare.
– Quick Flare is an item that you can use more quickly and swiftly than the regular Flare that lights up and shows enemies within the range.
– You can craft Quick Flare at a Lv. 3 Siege Weapon Workshop just like Flare.
– You need Black Stone (Weapon) x20, Powder of Flame x50, Melted Copper Shard x30, and Coal x5 to craft Quick Flare.
※ Quick Flare cannot be registered on the Central Market.

● Added a way to obtain [Manor] Cherry Tree.
– You can exchange it for Mysterious Seed x5 via the Seed Vendor Ahr in Calpheon.

● Increased the Silver prices of Pearl items and amount of extractable Valks’ Cry and Cron Stones from all Pearl Outfits that can be registered on the Central Market.

Weekly quests from which you can obtain materials required to craft Odore’s Spirit Essence and Ornette’s Sprit Essence were added.
You can now additionally obtain one of the items listed in the chart below just by investing around an hour of your time per week.
We hope for Adventurers who are attempting to crafting Odore’s Spirit Essences and Ornette’s Spirit Essences can now aim towards achieving a more visible goal and Adventurers who haven’t been able to make attempts and have just started the adventure to think of it as a steppingstone in the adventure.

We increased the contribution EXP rewards for the regular quests in Balenos and Serendia. The regular quests are optional in the world of Black Desert, however, we felt that new Adventurers starting out and taking the time to explore the world should have enough points to rent storage and activate production nodes.

● Changed the NPC for the quest, [Adventure Log] Wager for the Magic Tome, required to proceed with Caphras’ adventure log, from Zahad, the Smuggler of Valencia, to the Bookseller, Kiyak.
– Due to this change, the relevant quests, dialogs, and item descriptions were changed.

That’s it for the patch. Stay tuned for further updates here at MP1st!