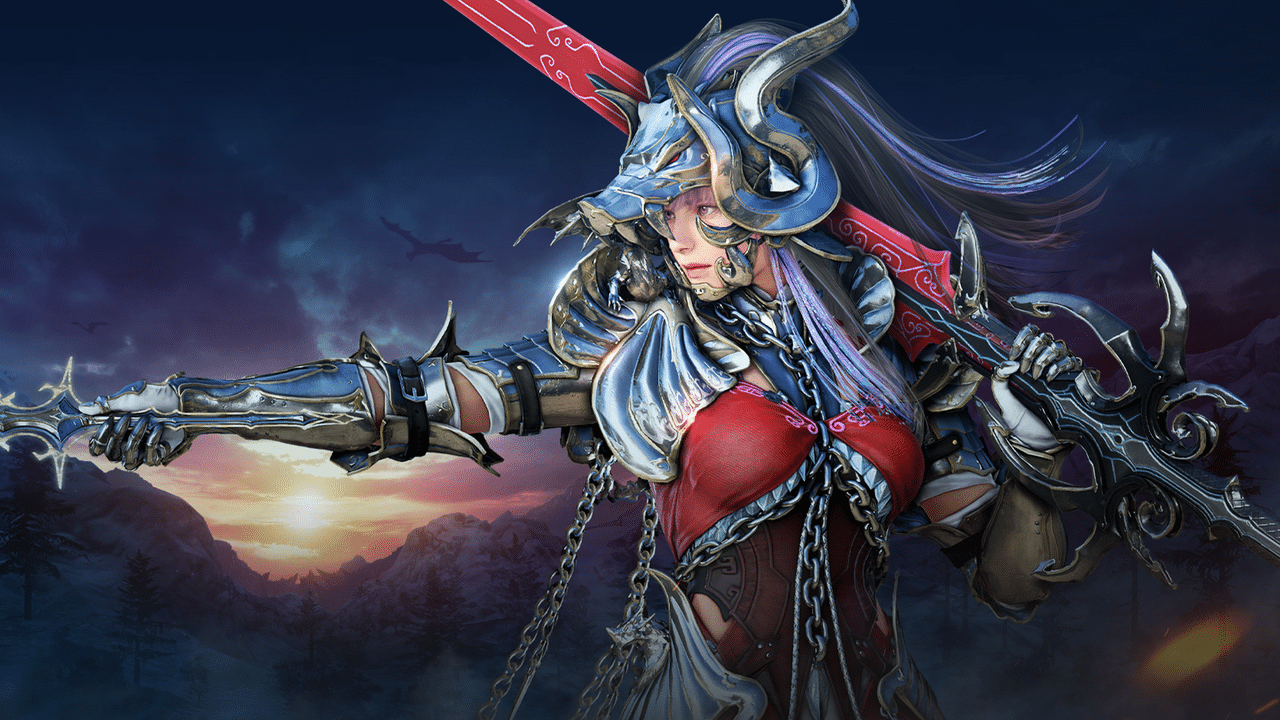 The latest Black Desert update is here, bringing with it a new class in Drakania, the new Season: Drakania and more! Take a look at the patch note below to find all the changes coming in this latest update!

Check out what the developers have to say about Drakania!

– Until Awakening is released for Drakania, 100% of her main weapon’s AP will be applied in Succession.
Read more about Drakania in the ‘[GM Note] Quell The Flame’ Notice

● Added the “Hall of Adventurers: Drakania” chat group where you can chat about the new class, Drakania.

● Season: Drakania has begun.
– Season servers allow you to create and play Season characters. You can progress quickly and get a variety of benefits while on Season servers as well.
– As Seasons have started, the servers have changed as follows.

● Changed the following for Season: Drakania.
– the level of difficulty for the Season Pass was alleviated and certain rewards were improved.

Learn more about Season: Drakania in our ‘Season A to Z’ notice!

– You can obtain [Season] Prismatic Scale and [Season] Rift’s Gemstone in Season: Drakania.

The moment when a season character converts PEN (V) Naru gear into Tuvala gear is a crucial stepping stone of growth for our Adventurers. Thus, we decided to make that step a bit clearer to all our Adventurers. Once you succeeded in enhancing a piece of Naru gear to PEN (V), you’ll be able to access the following UI to immediately upgrade to PRI (I) Tuvala gear.

● Added a function where upon successfully enhancing to [PEN (V) Naru gear], you’ll be able to immediately convert it into [PRI (I) Tuvala gear] from the Enhancement window.

Tip! Make sure to take a look at our guide for getting the most out of seasons.
※ Take a read of ‘[GM Note] Season Servers?’ to get a better understanding of what Season Servers are.

■ [Event] Shining Shakatu’s Seals can be exchanged for the following items.

● Memory Optimization for Item tooltip UI has been applied.

The difficulty of Nightmare Kzarka has been adjusted. Damage from attacks that were too difficult to avoid, and the attacks that dealt killing blows regardless of DP have been modified, and to compensate for the difficulty, some of the weaker attacks have been improved. We have also improved the visibility of the hit markers and attack paterns so they can be viewed, and can be reacted to easier.

Regarding boss rewards, we are still undergoing much discussion as we look over our data. We ask that you also share your feedback and opinions with us as well

● Adjusted some of the attack patterns and difficulty of Nightmarish Kzarka.
– Reduced damage on some of the attacks.
– Improved the hit area markers to display earlier.
– Changed the attacks that did not display a hit area marker but were telegraphed by the boss’ motion to display markers.
– Reduced the strength of the attack that pulled Adventurers in.
– Removed the rocks that fell immediately after Adventurers were pulled in.
– Changed Remnants of Kzarka so that characters can move through them.

● Improved the issue where the camera would rotate awkwardly when switching directions while walking.

Ranger
● Tearing Arrow, Prime: Tearing Arrow – Fixed the issue where Air Attack would be applied instead of Down Attack while mounted.
● Evasive Explosion Shot – Changed to not be affected by the Jump Height increase effect when performing extra attacks.
● Changed the following descriptions to display commands in greater detail.
– Flow: Call from Sky, Succession – Flow: Call from Sky

● Fixed the following skills’ effects to match the descriptions.
– Pinpoint, Moving Shot, Flow: Rooting, Will of the Wind (mounted)

● Fixed the following skill descriptions.
– Penetrating Wind (I to III) – Fixed the issue of displaying the incorrect command.
– Tearing Arrow (I to Absolute) – Fixed to display the actual number of 0 charged attack hits.

Tamer
● Fixed an issue where Heilang: Howling skill sound effects would not play after using the skill.
● Horror Slam, Resonance – Improved her Lv. 56 Rabam skills to no longer allow Rage Transfer during the skills.
● Echo Pierce – Improved to now combo into Celestial Slam.
● Fixed the following skill effects to match the descriptions.
– Surging Tide (I to VI), Celestial Bo Staff Training
● Trample (I to Absolute) – Fixed the issue where the Bound effect for PvE was being applied even when on cooldown.
● Void Lightning – Fixed an issue where some skills would not link correctly on cooldown.

Musa
● Chase – Fixed the issue where you could switch to your crescent blade when falling during the skill with your Tiger Blade drawn.

Maehwa
● Whirlwind Cut – Fixed the issue where damage wouldn’t be applied when used laterally with your Tiger Blade drawn.

Ninja
● Fixed an issue where skills that could not be learned showed up when leveling up.

● Binding, Absolute: Fetter Knee Constraint – Fixed the issue where using the skill in Awakening would apply the debuffs twice and cause the target to become immune to the debuffs.
● Earth Splitter – Added to the Skill Guide UI.
● Fixed the issue where the Skill Guide UI would display even in Awakening state.
● Changed normal attacks while mounted to apply the correct amount of damage and the Bound effect where applicable.
● Absolute: Heavy Fist – Fixed the description to display the actual PvP damage reduction amount.

Hashashin
● Black Spirit: Crown Kick – Fixed the issue where its skill demo was for the skill Silent Breach.

Guardian
● Fixed the issue where motions of certain body parts would appear abnormal when in idle stance with your Guardian.

Corsair
● Core: Sun-shielder Patraca – Fixed the issue where your character’s motions midair would appear awkward in a location of high elevation.

● When hunting animals, there is a chance to obtain the following [Bonus] Quest.

● Improved the alignment and visibility of the recommended and repeated quests in the Quest Menu.

To make it easier for novice Adventurers to contribute to guild fishing missions, we determined it necessary to adjust the difficulty levels by changing the objectives to certain grades of fish.

● Improved the objectives for Fishing quests as follows:

● Improved the guild missions for Fishing as follows:

A total of 344 quests with Contribution points were modified in Balenos and Serendia. We are continuing the work to bring these quests up-to-date by improving the Contribution EXP gained for quests in Calpheon, Mediah, Valencia, Kamasylvia, Drieghan and O’dyllita.

● Contribution EXP for 453 quests in Calpheon have been modified.

– A detailed list of quests with increased Contribution EXP can be found below.

● Increased the Contribution EXP of 342 quests in Mediah.

● Increased the Contribution EXP of 183 quests in Valencia.

● Increased the Contribution EXP of 103 quests in Kamasylvia.

● Increased the Contribution EXP of 75 quests in Drieghan.

● Increased the Contribution EXP of 30 quests in O’dyllita.

● Fixed typos and irregularities in Knowledge, Quests and NPC’s of O’dyllita.
● Fixed the issue where the Interior Points for the Blue Maned Lion’s Manor were displayed abnormally.
● Fixed an issue where only the Silver Embroidered Farmer’s Clothes could be crafted in the Duvencrune Costume Mill.
● Fixed an issue where certain appearances of the Black Spirit could not be unlocked during the simplified quest line on Season Servers.

That’s it for the patch. Stay tuned for further updates here at MP1st!