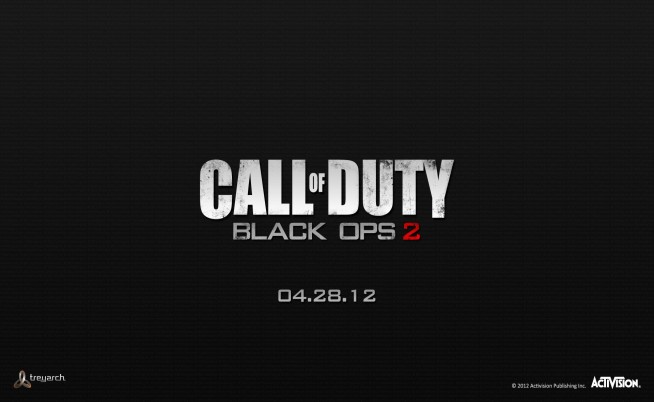 Update: CoDInform has informed us of yet another leaked Black Ops 2 image, this time with the additional subtitle, “Reveal Trailer is Coming.” In our eyes, this one seems rather fake as the subtitle itself is of a different quality than that of the font used for “Black Ops 2” and “04.28.12.” Check out the image below to judge for yourself. 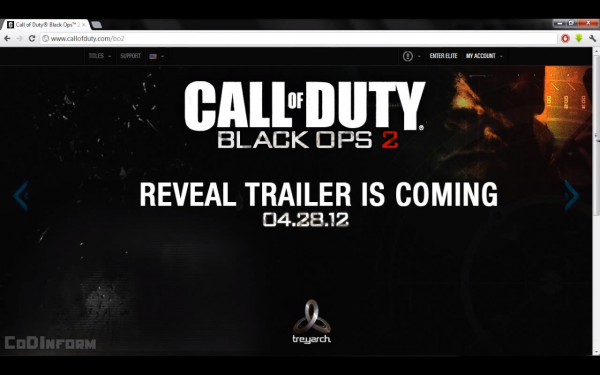 Original Story: Another Call of Duty: Black Ops leak! This time, it seems to be the official logo for Treyarch’s upcoming Call of Duty title, Black Ops 2, including a potential release date for its debut trailer.

Call of Duty 9 has suffered a number of leaks recently, including confirmation of its name, Black Ops 2, along with a release date as well as some multiplayer information that we got a hold of earlier.

This time, YouTuber CoDInform was able to catch what looks to be Black Ops 2’s logo which we’ve included above as the featured image. Three reasons it could possibly be legitimate: First, it looks professional; Second, it was removed from the official Call of Duty website upon discovery; Third, if you look at the date in this image, 04.28.12, it happens to be the exact date of two years earlier that the original Black Ops reveal trailer was released.

On top of this, the original URL linking to this image read ‘http://www.callofduty.com/bo2/images,’ which happens to be a similar URL used for Modern Warfare 3 images:

If it does turn out to be fake, at least this one was rather well researched. So, props to whoever created it. If it is real, expect a reveal trailer of Black Ops 2 this month on the 28th!

What do you think?  Let us know in the comments below and don’t forget to follow MP1st on Twitter and Facebook for more Black Ops 2 news!

Most Played Xbox 360 Titles for the Week of March 26th