With Call of Duty: Black Ops 4 being released just a few days ago, some might be overwhelmed with the plethora of Specialists the game has out of the gate. If you played the beta, then chances are you know which Specialist(s) suits your gameplay style, but what if you haven’t, or you’re unsure which one to “master” first.

Here’s where MP1st comes in! Listed below are the top five Black Ops 4 Specialists that are good for those new at the game. Note that these aren’t the Specialists for “noobs” since each and every Specialist is effective in their own right. Having said that, if you’re just starting Black Ops 4, then these five should be the ones you should maining with while you’re getting accustomed to the game’s maps, guns and more. 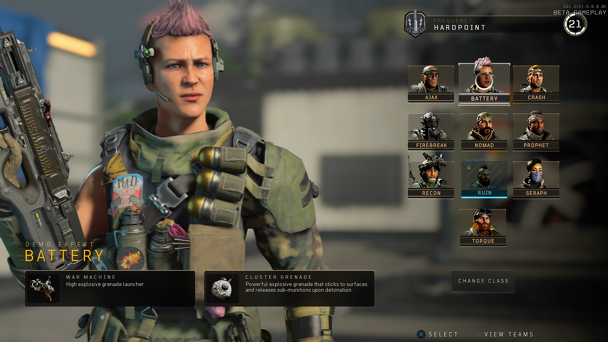 Battery is relatively the same from Black Ops 3; she has a noob tube as her ultimate, and once you have that, it’s just spray and pray time. It’s not unheard of to get double, triple or even quad kills with the War Machine grenade launcher.

Her Cluster Grenade skill is also easy to use since you just throw it where you think enemies are. Easy peasy. 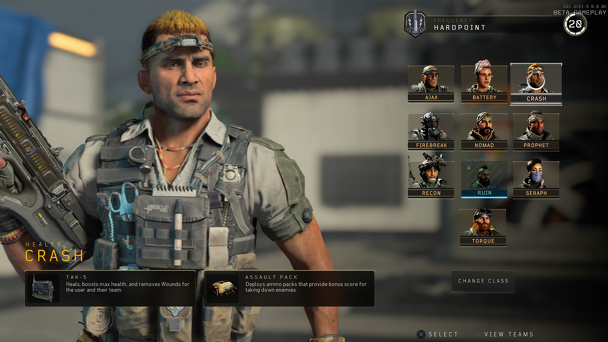 Possibly the easiest to use in this list, Crash players can deploy an Assault Pack near his team’s spawn, and the use the Tak-5 when necessary to help specific teammates win gunfights. Mind, there’s a big difference between being easy to use, and being an effective Crash player. 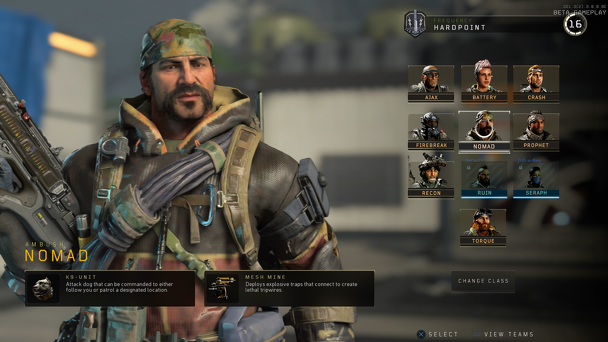 If you want kills, Nomad is the guy you want. Drop Mesh Mines in corners, set up traps for doors, plant them in Domination flags, the list goes on. You’re bound to pick someone off as long as you put these mines in good spots. Don’t forget, you can choose NOT to have a trip line, and just put two mines in separate places.

As for the dog, well, it’s a good on-field buddy to have, which should get you a kill or two. Just remember that those who have the Cold-Blooded perk won’t be targeted by your attack dog. 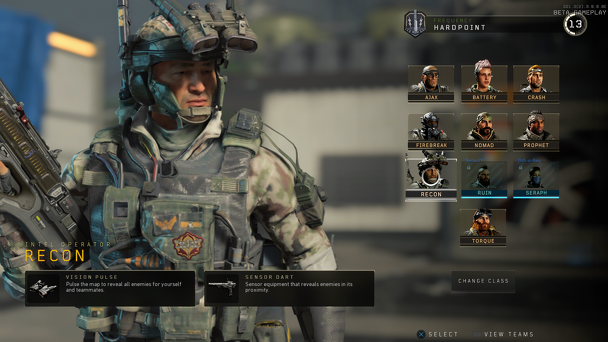 Another Specialist that’s quite easy to use and be effective with. Recon players should spam their Sensor Dart whenever they can, and place them in high or hard to shoot areas for maximum efficiency. Your teammates will love you for picking Recon, and you’ll get points for every kill that got tagged with both your Sensor Dart and Vision Pulse. 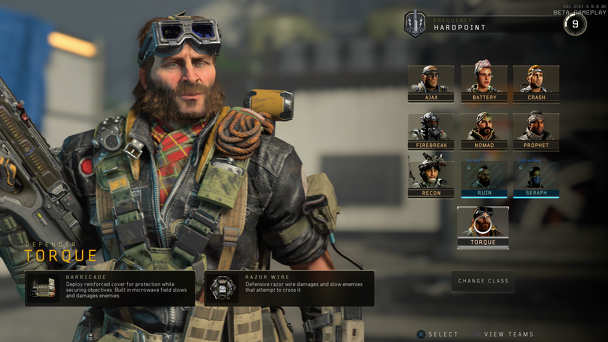 One of my personal favorites, Torque isn’t really that easy to use, but when used right, this bad boy can control entire matches by cordoning off sections of the game. If you’re going to play Domination, someone on your team should always be a Torque. Place down wires where you suspect enemies will go through, block off a staircase if you’re camping, and the list goes on.

As for the Barricade, place it near areas that aren’t that wide open so the microwave field can do its magic. Remember that enemies can still shoot you even if you’re crouched behind it. It’s a shield, but you’ll still have a big chance of getting hit.

What do you think? Which Specialist is the easiest to use for you? Let us know what you think in the comments. For everything Black Ops 4, make sure to check out MP1st’s Call of Duty: Black Ops 4 hub page.