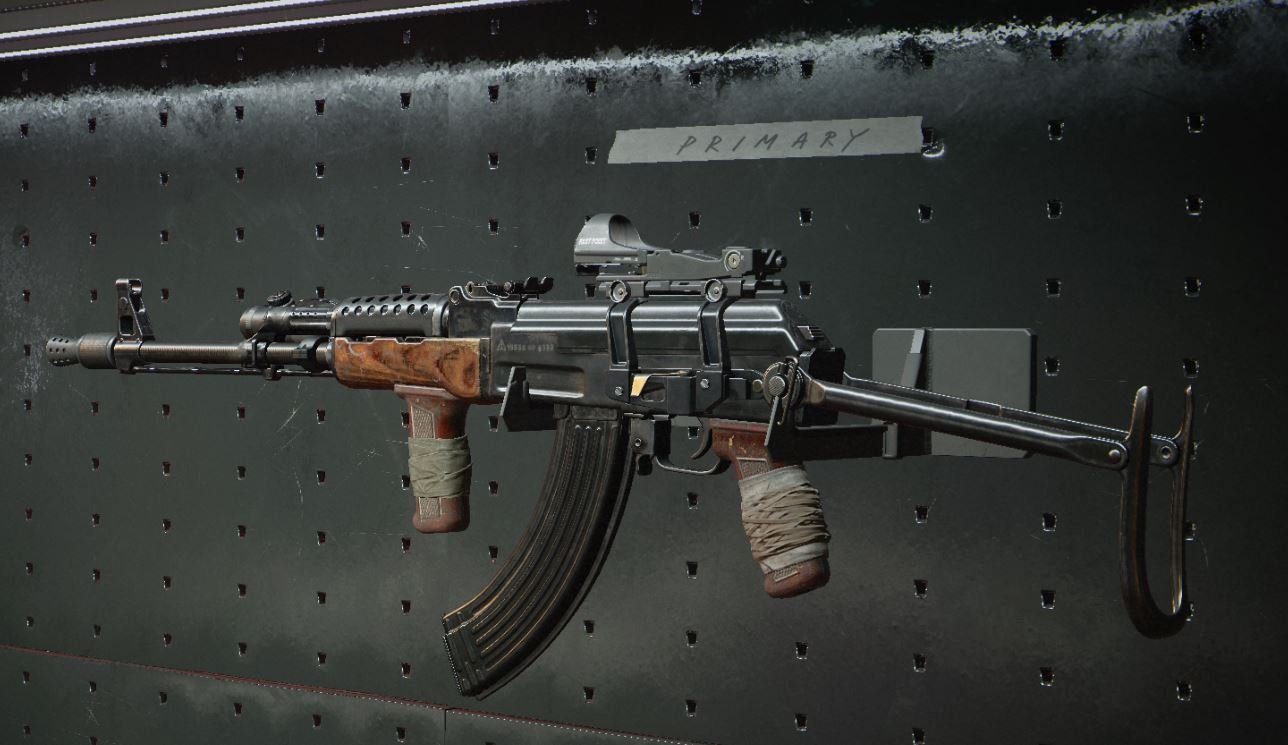 With Call of Duty: Black Ops Cold War multiplayer in full swing, a gun meta is slowly inching its way up, and side from the MP5 submachine gun, another weapon seeing a lot of use is the AK 47! If you need help in creating the ideal weapon loadout, we’re here to help with this Black Ops Cold War AK 47 gun guide!

Korean YouTuber Tiny wolf’s Gaming has posted the AK 47 gun guide below, and there’s even a recommendation on which attachments to use and avoid.

AK47 has the second shortest range among ARs.

AK47 has the fastest TTK among ARs.

However, its headshot efficiency isn’t good at all.

The recoil on AK47 is kinda troublesome. The pattern goes up and to the left, but then changes its direction to upper right. It’s manageable, surely. But it can be a problem when the combat range gets further than 45m.

The fastest TTK among ARs.

Small damage drop off beyond its effective range.

Note: Even though the damage drop off itself is small, TTK gets dramatically slower beyond the gun’s effective range.

The slowest velocity among ARs.

AK47 in Cold War is very different from its Modern Warfare counterpart.

On MW, TTK on AK47 barely changed beyond its effective range which made it good in mid range combat. However, in BOCW, its TTK gets significantly slower beyond the range. Not only that, but that dropoff of TTK is on top of having a short range to begin with and a slow muzzle velocity. Those features make it fairly easy for other guns to outperform AK47 in mid to long ranged encounters.

The combat distance that AK47 performs the best is between 25m and 40m. SMGs can outperform it under 20m, while other guns will start to get more advantages once you pass 40m.

SMGs are a better option if you’re after a run-and-gun playstyle, and LMGs are great for camping. However, remember that the AR class of weapon in BOCW is the most versatile. With the right balance of playstyle, experience, and attachments, it can actually be a good option.

[For a small map]

An optic of your choice or Sound suppressor

Because in regular multiplayer most maps aren’t that big, VDV Reinforced provides plenty of range bonus. If recoil is kinda hard for you to control, you can replace the suppressor/optic with a foregrip.

This build is for the combined arms and dirty bomb modes, where longer ranged combat happens more frequently. Even increasing the gun’s range with VDV Reinforced, it can possibly still not be enough.

Instead, I recommend that you increase the muzzle velocity. BTK does increase beyond the effective range, of course. However, if the combat distance is going to push past that point anyways, it will be better to increase the velocity so that you’re at least able to hit them without missing too many shots.

I also focused on other stats that are important for those long ranged encounters, such as recoil control and flinch resistance.

This build has increased range, bullet velocity, and recoil control.

Its hipfire accuracy is pretty bad to begin with, so I opted to just sacrifice it.

The extra vertical recoil is nice, but this attachment also makes AK47s weaknesses even more of a problem.

So lets say you’re able to now have an effective range up to 95m. It sounds good, until you take into consideration the gun’s terrible bullet velocity. You’ll watch in what feels like slow motion as your bullet goes where your target was standing 6 years ago when you pulled the trigger. This part is just not worth the attachment slot on AK47.

The extra 11% damage doesn’t actually change BTK or TTK at all. The gun’s headshot efficiency does technically increase, however you’ll have to get at least 2 headshots to feel the difference.

Because AK47 already has high damage by default and it suffers from other problems- range, bullet velocity, recoil- there are better things to use than this.

In my opinion, AK47 is just the best AR. Even when stacked against other gun types it does good. I’d say like, A-tier at least. In Modern Warfare it could kill things faster (but what couldn’t? MW’s ttk is insane) and it was quite good even beyond it’s effective range. However, because of the tough to control recoil it was hard to use and it didn’t do the best against guns in closer ranges.

By contrast, in Cold War I personally feel like it’s less strong when it comes to killing things quickly. But the recoil is way better and the risk of using the gun went down. So a little less risk vs reward and much more consistent.

I’m curious how they’ll handle these changes in Warzone, because the gun definitely isn’t the same between MW and BOCW.