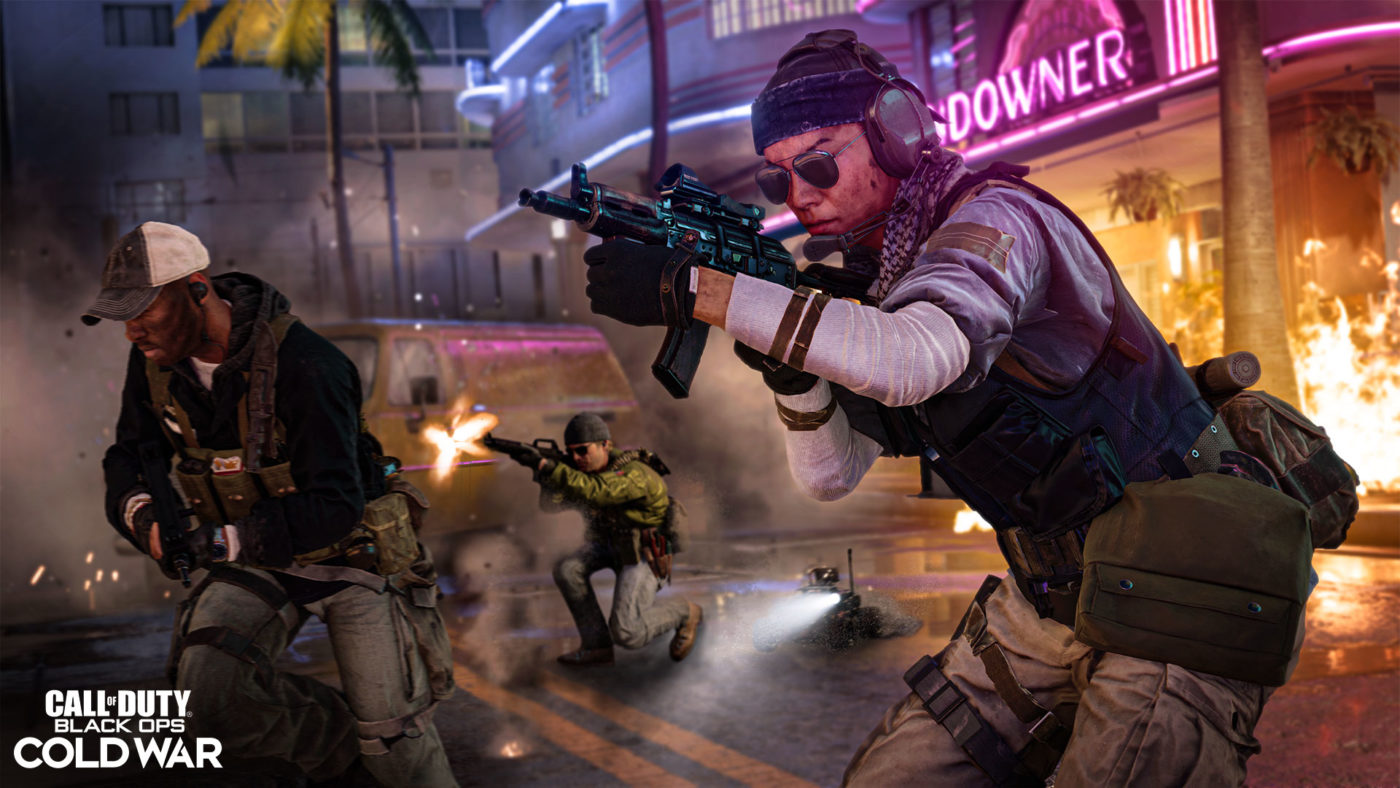 Note that the info below isn’t the complete overview of multiplayer, but it touches on some of the big stuff that players might be asking.

Call of Duty: Black Ops Cold War’s boots-on-the-ground combat is built upon the familiar feel of Black Ops movement and gunplay, all while innovating on key gameplay elements to bring it to new heights.

It begins with, of course, the weaponry. A new weapon sound engine brings further understanding of enemy and friendly gunfire, giving players a sense of what is being fired at them and where it came from through three-dimensional and directional sound.

In terms of loadouts, the Create-a-Class system is back, and is now slot-based! Pick 10 is gone, and each player will get:

Field Upgrades which should be familiar to those who played Modern Warfare 2019, and this one is set on a timer and doesn’t depend on your performance. Players earn these on an in-game cooldown and lasts after death.

Loadouts can also be outfitted with class-changing Wildcards, which can provide one of four benefits:

Gunsmith from Modern Warfare is coming back though with a few key differences.

Those looking to further tinker with their primary weapon, or some secondaries, can head to the Gunsmith. Each primary weapon can be customized with up to 54 attachments across eight different nodes, or attachment points, with at least six options per attach point. The benefits and drawbacks of each attachment are shown via exact percentage change, which allows operators to precisely understand the data behind how each weapon configuration will feel out in the field, along with further conversations between developer and community about weapon tuning.

Scorestreaks are also coming back, and this time, everyone will be able to earn one as they don’t reset!

Scorestreaks make a return with several significant changes. In this new system, earned score is kept through death, giving all players a chance at earning these visceral and fun tools that can turn the tide of battle.

However, these Scorestreaks, especially higher-end rewards, must still be earned through earning plenty of score via elite gameplay. Those who string together multiple kills before a death will earn streak score bonuses, which can aid significantly in earning the game’s most powerful Scorestreaks.

Scorestreaks also have cooldowns, preventing players from “spamming” Scorestreaks repeatedly, and some even exist to counter other Scorestreaks outside of traditional anti-Scorestreak measures.

Lastly, Treyarch explained how the movement system works, and it should feel familiar with players of Black Ops 4!

With more points of motion and physics effects, operators’ movement will feel more lifelike than ever before. On top of these visual advancements, expect four new refinements in movement to be introduced in Black Ops Cold War:

That’s a lot of info to take in! Make sure to read up on the maps and modes, and the official beta details which were revealed today, too.