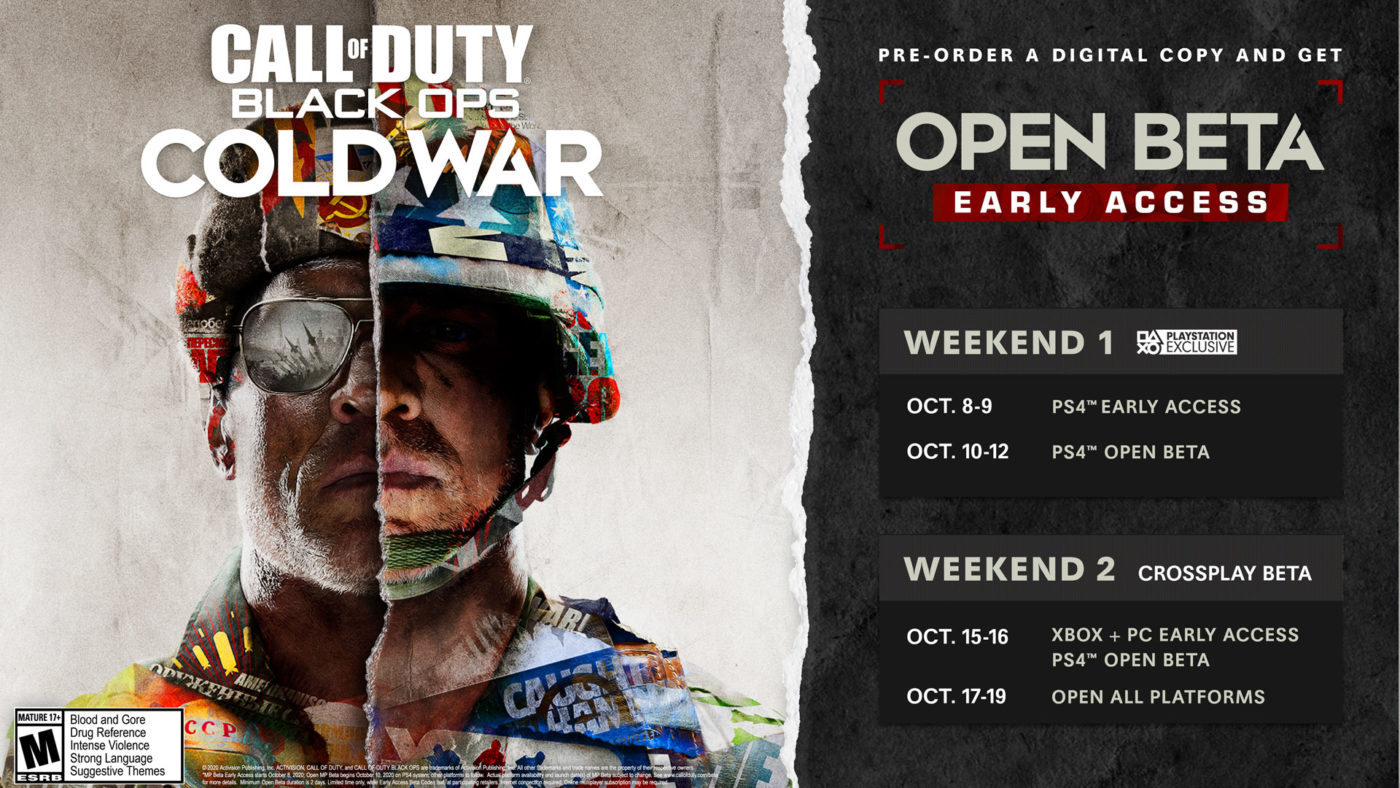 First off, it’ll start on October 8 for PS4 gamers, which is expected given the previous leak. There will be open beta and early access phases for Black Ops Cold War, and here are the full details.

There are two weekends of Black Ops Cold War Beta content with each “weekend” lasting a total of around five days, scheduled to begin each Thursday morning at 10AM, with exact timing to be decided.

The first Beta Weekend is exclusively for PlayStation 4 owners, running from Thursday, October 8 to Monday, October 12.

Saturday October 10, to Monday, October 12 is free to all PlayStation 4 owners. If you’ve got a PlayStation 4 and an internet connection, you should be ready to engage, though PlayStation®Plus may be a requirement in some territories.

The second Beta Weekend is for PlayStation 4, Xbox One, and PC owners, starting from Thursday, October 15, and running to Monday, October 19.

If you’re a PlayStation 4 owner, regardless of whether or not you pre-ordered the game, you can resume and continue to play the Open Beta free for the entire Weekend 2 period.

The first two days of the weekend – Thursday, October 15, and Friday, October 16, – are available for early access to anyone who has pre-ordered or pre-purchased the game on Xbox One/ Xbox Series X, or on PC via Blizzard Battle.net respectively. If you’re an Xbox One or PC owner and want to play Weekend 2 of the Beta for the longest possible time, be sure to pre-order. This period will be open for PS4 players. Check online here for pre-order information.

The rest of the Open Beta period, running from Saturday, October 17, to Monday, October 19, is accessible to all players on PlayStation 4, Xbox One, or PC. If you’ve got an Xbox One, Xbox Live Gold is required to play. If you have a PC, a Battle.net account is required to play. Other than these prerequisites and an internet connection, you should have everything you need to play. And as a reminder, the Weekend 2 of the Beta Test will include crossplay.