While we’re getting the official Call of Duty: Black Ops Cold War multiplayer reveal next week, it seems beta news has made its way out even before that. Thanks to an in-store leak, the Black Ops Cold War beta launch date is now known as October 8, and same as in past Call of Duty betas, the PS4 version will get first dibs!

In an update issued for Call of Duty WWII, Treyarch has added some promotional pre-order links for Black Ops Cold War. Tucked in the description is the official start date for the Black ops Cold War Alpha. 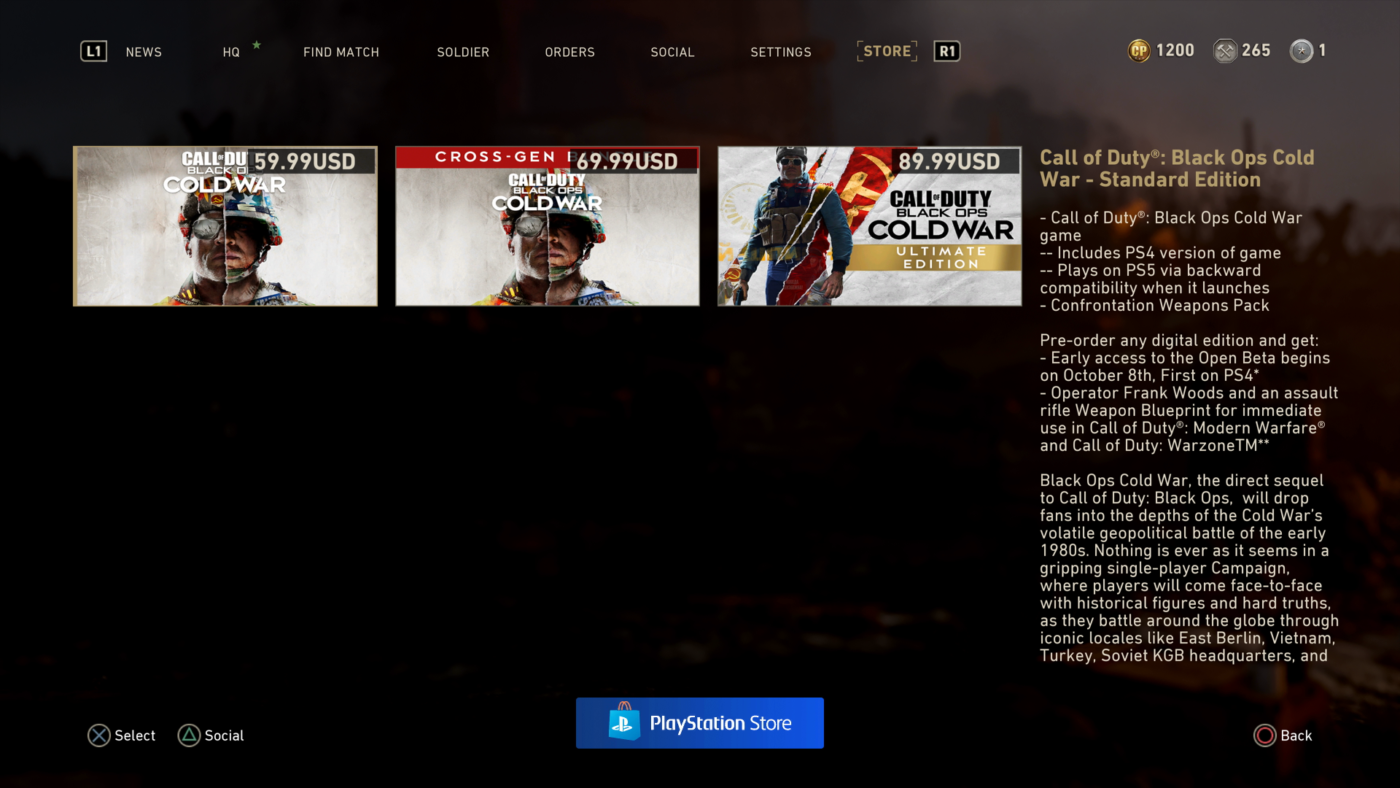 As you can see, it clearly states that early access to the open beta begins on the PS4 on October 8. If this follows the yearly Call of Duty beta roll out, then other platforms can expect it a week after on October 15. Of course, given this isn’t an official announcement by Activision, take it with a grain of salt. That said, since it was taken and shown on the WWII in-game shop, this is most likely, certainly the real deal.

Will we see a Black Ops Cold War alpha before the beta though? We did find out that an alpha file was uploaded and updated on the PlayStation Network.