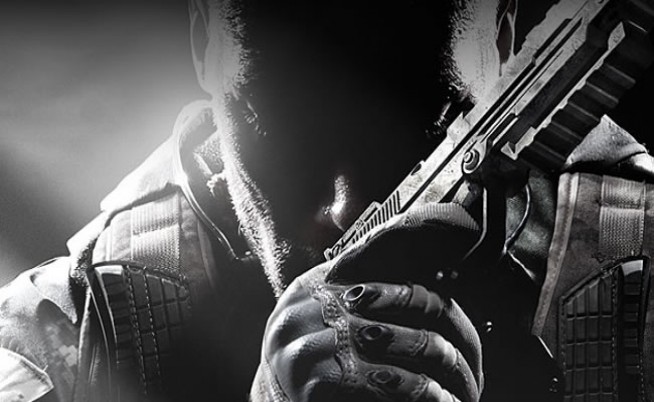 As we inch towards a more substantial reveal of Black Ops II’s multiplayer sometime in the near future, we gather what we can in terms of the interesting weapons that you’ll be using, including some of the tech to go along with it. If you haven’t yet, make sure to check out our latest trailer analysis to get an initial weapon list of Black Ops II.

A brand new piece of tech being introduced to the series is the so-called “X-Ray ACOG,” an optic that will essentially allow players to see through walls. In the case of the campaign demonstration that has recently been shown off in various press conferences, you’ll see that David Mason, one of the lead protagonists of Black Ops II, is using a sniper rifle that can not only see through walls, but shoot through walls as well.

Mark Lamia explains to Aus Gamers how the team at Treyarch justifies such weaponry in a Call of Duty title. The question Treyarch had to ask themselves was “is that realistic or is that not realistic?” Lamia breaks it down: “…every 18-24 months, there’s this thing called Moore’s Law, where processing power is going to double. Right?” He adds, “go back to the millimeter wave technology; processing power continues.” For those who don’t know, millimieter wave technology is what is used in TSA scanners stationed in many airports to, for a lack of a better explanation, see through passengers’ clothing. “We also know that as time advances, form factors get smaller. We know that from our own personal consumer electronics devices — they’re all smaller, things get more efficient.” He continues, “now you have an optic, that would be a pretty impressive optic to have as opposed to being on a vehicle — mounted on a vehicle moving through a city — it’s actually on a weapon. Now what do you do? You can see through it, now you want to be able to — from a gameplay point of view — you want to be able to do something about that. How do you justify that?” This is where electromagnetically charged bullets come into play.

Lamia elaborates, “well I don’t know if you’ve seen a thing called (and this is not a technology that we’re using, but it exists today), there’s something called Metal Storm technology that we saw that inspired us. I don’t know if you’ve seen this, but it’s an electronic charge as opposed to a gunpowder charge. It fires a million rounds every 60 seconds. That’s today! Now it’s in big form-factor, again we’re talking thirteen years out.” So, how do you balance this from a multiplayer perspective? “Well, it’s a charge-shot mechanic you have to hold down. The longer you charge up, the more you can penetrate. If you don’t charge up enough, you’re not going to be able to penetrate the surface material,” explains Lamia. It has yet to be confirmed whether this sniper rifle or X-Ray ACOG will make it into the multiplayer, but it has been rumored to be an attachment earned via killstreaks.

Also spotted in the campaign demonstration were these additional weapons, all of which have appeared in a previous Call of Duty title:

Between the weapons spotted in our trailer analysis, the X-Ray Sniper Rifle, and these three new ones, which one are you most looking forward to using in Black Ops II?