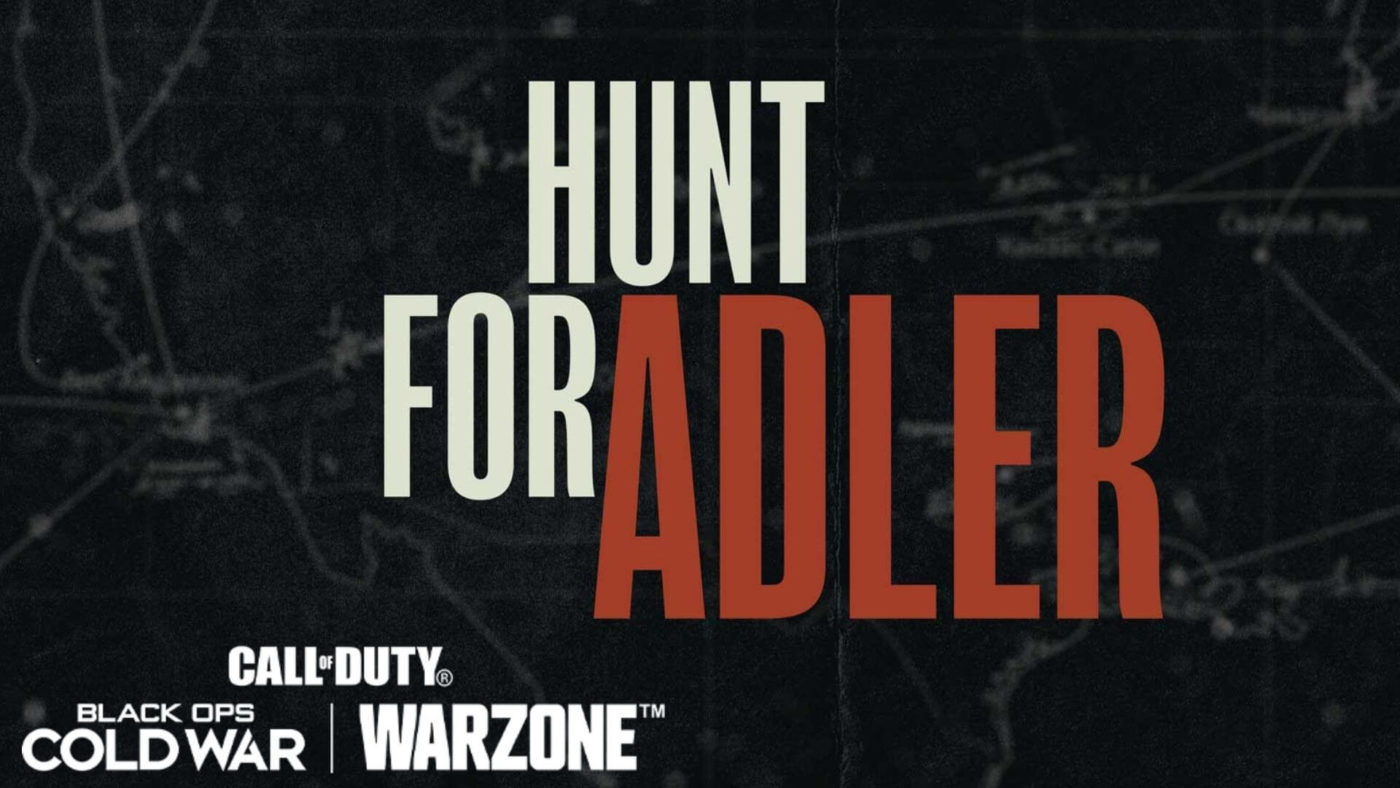 Part of  Call of Duty: Black Ops Cold War and Warzon’e Season 3, Treyarch has launched the Hunt for Alder event, which is a limited time mode (LTM), that’s available now, and will have rewards eclusive to the challenges. If you need help, we crafted this How to Complete Hunt for Adler event guide.

What is the Hunt for Adler Event?

Per the official Call of Duty Blog:

Starting on April 22nd, the new “Hunt for Adler” limited-time event will task Operators with unique in-game challenges in both Black Ops Cold War and Warzone to learn of Adler’s whereabouts. Complete these Intel Challenges to unlock Event rewards, including Weapon Charms, Calling Cards, a new Operator Skin, and more. You can find more details about this event in the Seasonal Event tab on the main menu between Play and Weapons once Season Three kicks off in Warzone. Once you’ve completed a full set of challenges in either Black Ops Cold War or Warzone over the course of the event, you’ll unlock an exclusive Adler skin for use in both games!

Note, if you own Black Ops Cold War and also play Warzone you only need to complete the event once per game in order to unlock the new Adler skin. However, there are other rewards that are earned exclusively for each game, so it will probably benefit you if you do both sets of missions.

Warzone – How to Complete Hunt for Adler Event

What are Adler Contracts?

These are timed event contracts that are designated to three specific areas (see below) on the Warzone maps. They don’t differ much from scavenger contracts as they require you to open three chests in order to complete, but they are required to do if you want to unlock the Adler skin. If you manage to open all three chests you will be rewarded intel on Adler’s location, which goes towards the unlockable skin.

What are the Rewards for Completing the Hunt for Adler Event in Warzone?

For Warzone there are the rewards you get for completing each specific intel: 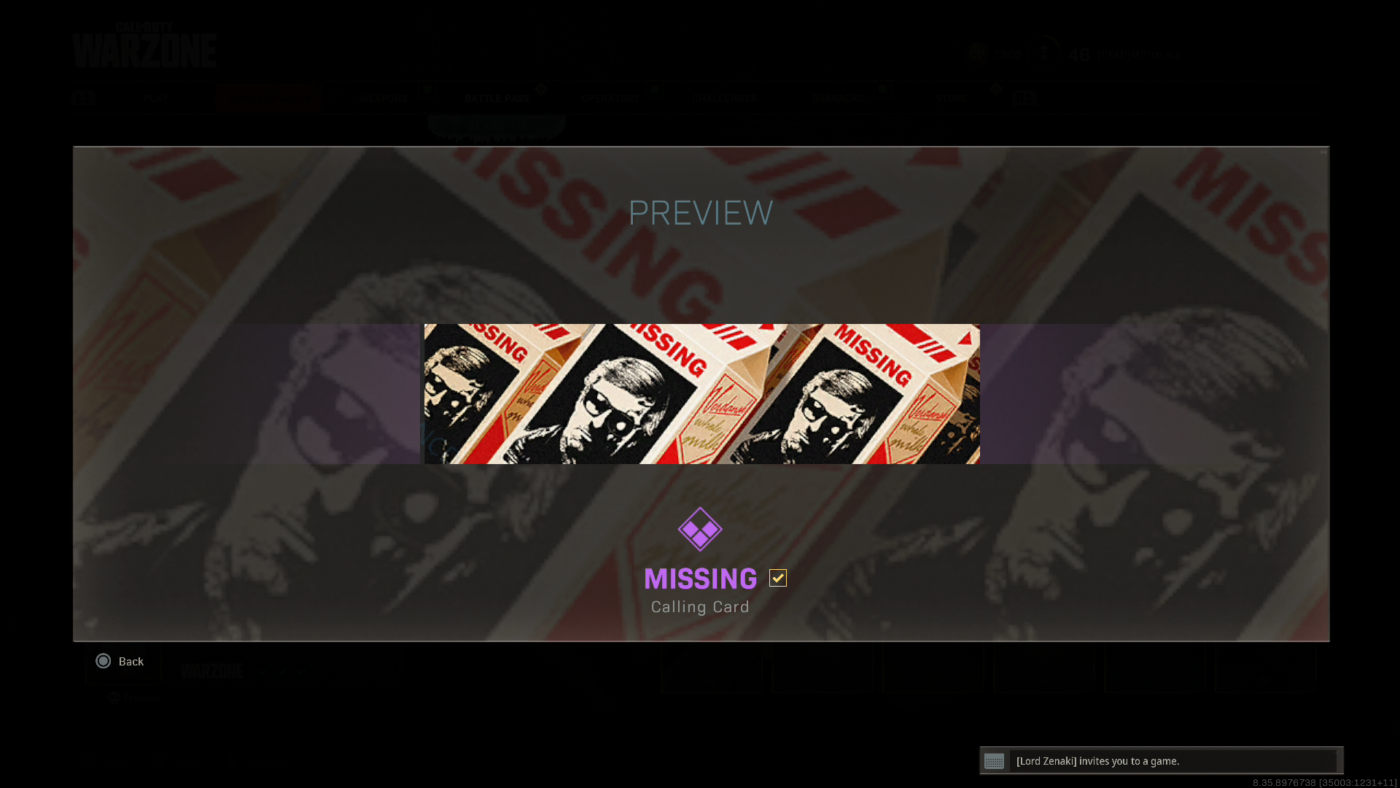 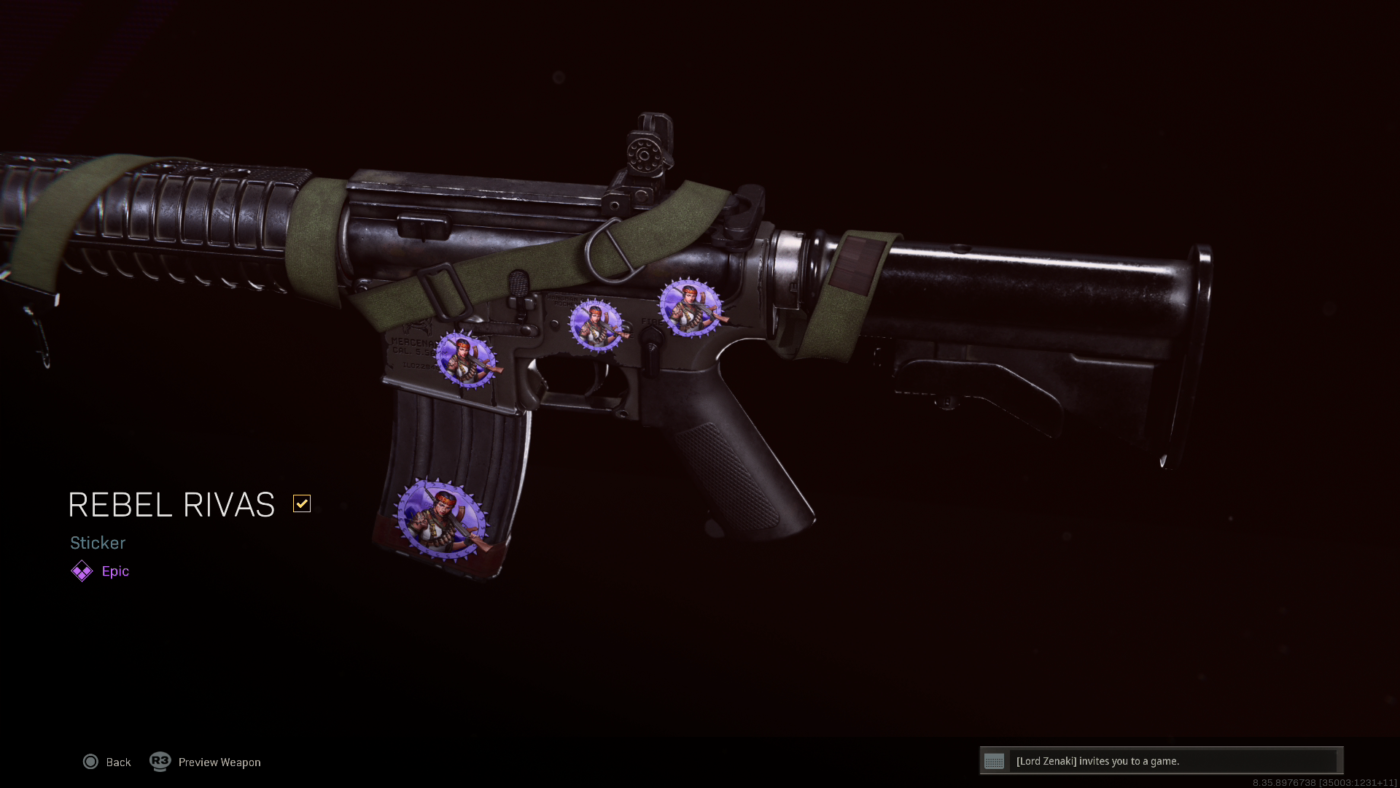 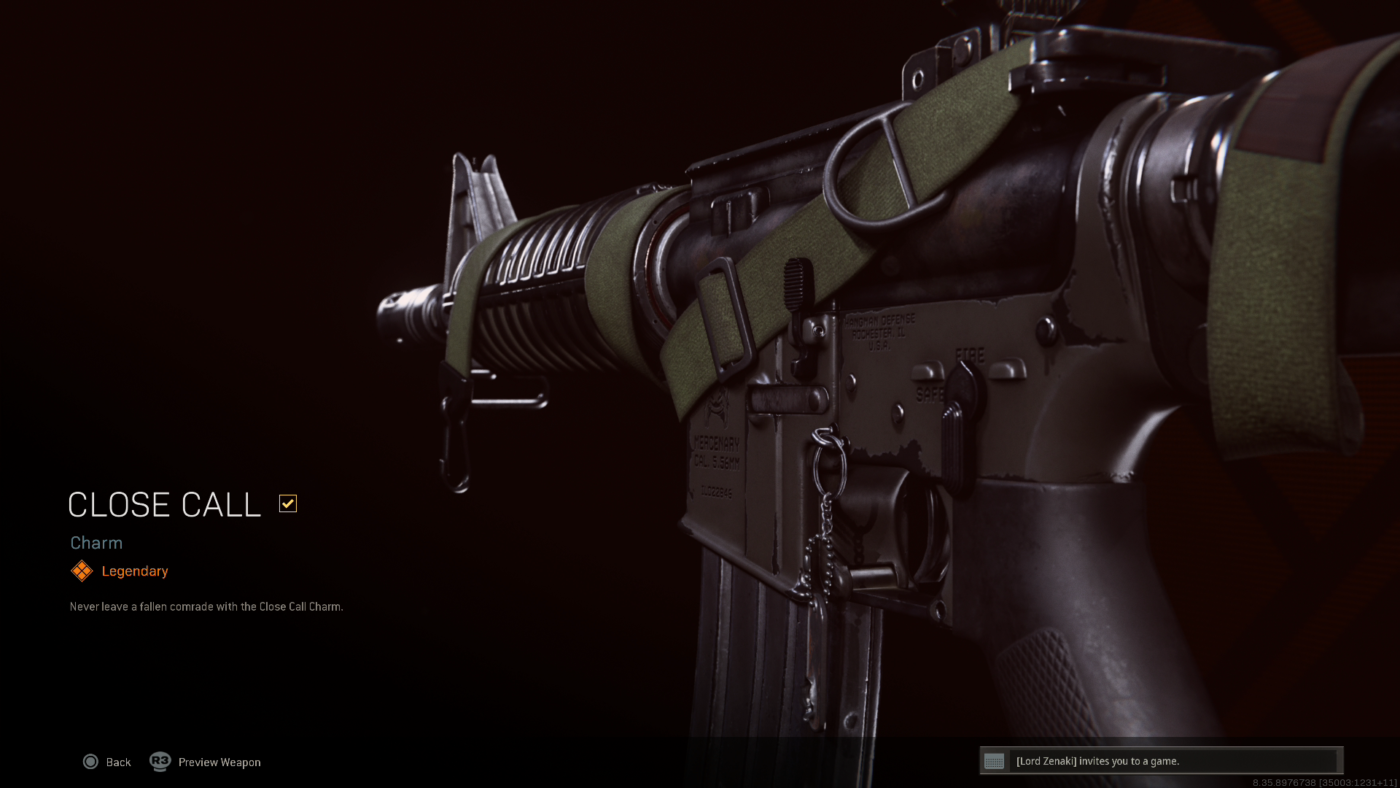 Collect all three intel and unlock the “Tortured & Rescued” Adler Skin for Warzone. 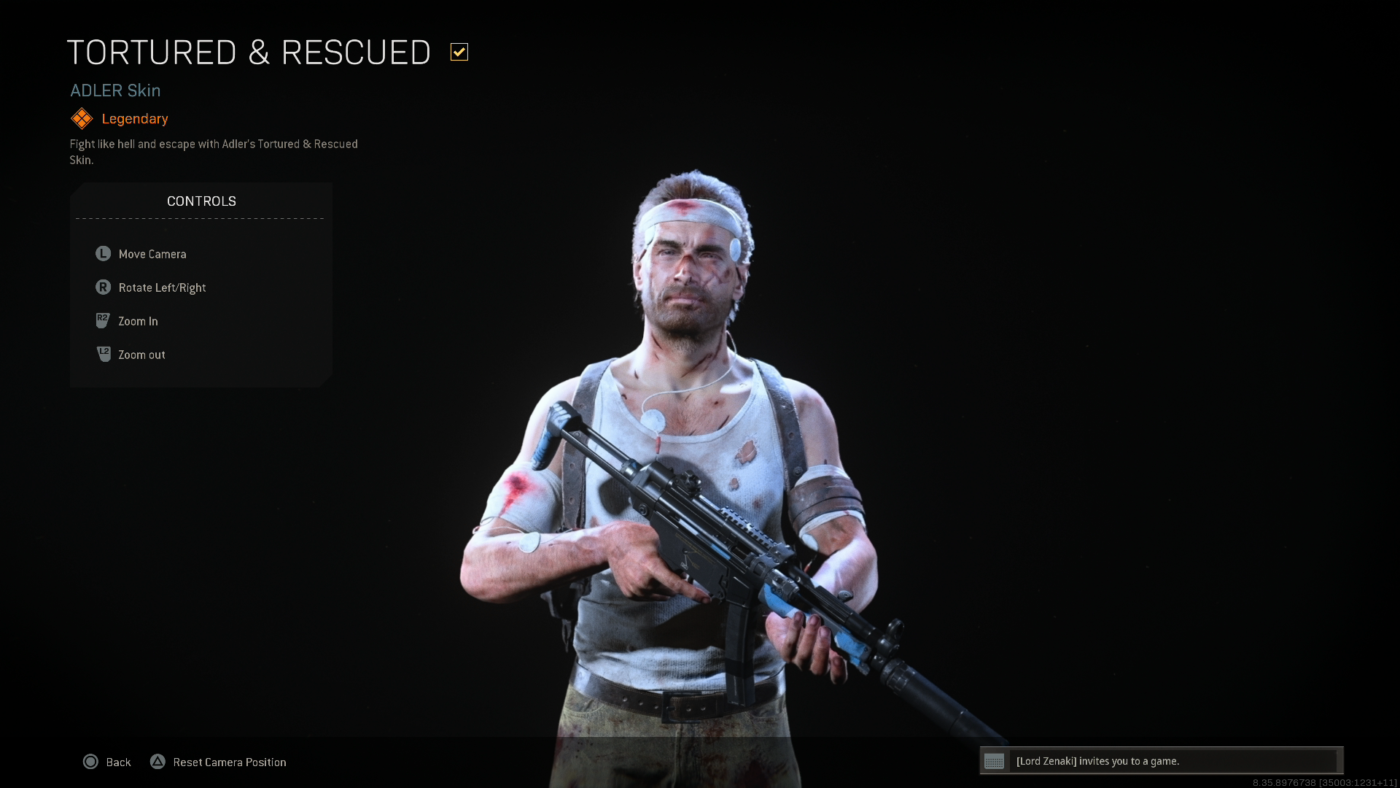 I’ve seen a number of guides try and list the exact location of specific Adler’s contract, but honestly you are best off just opening your map at the very start of the Warzone match before the drop. Whichever area you are closest to (or intel you need) you are going to want to zoom in and look for this symbol along with the naming “Adler intel”. 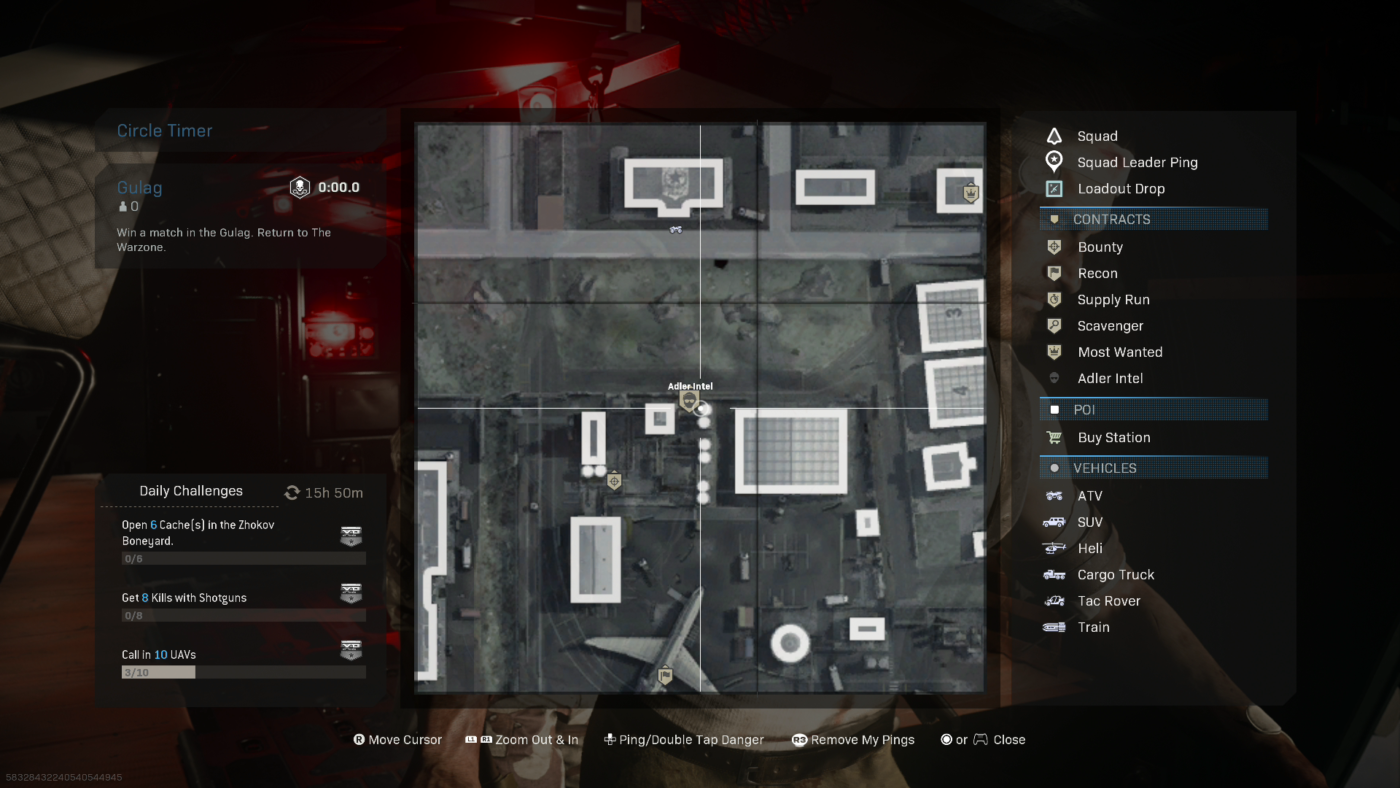 Fair warning, you or a squad member will need to be the first to grab it, otherwise it goes away if another squad picks it up. If the quest marker isn’t there you can either move on to the next area (most likely would have been picked up) or just back out and join another Warzone lobby.

Down below I have some short tips on each location, and in the order that I ended up completing them. They are ranked from easiest to hardest.

This is on the north east portion of the map, quadrant C2. It’s a pretty big area with a ton of coverage and has a bridge that runs near the Verdansk dam. Because of how open and far away it is, you are likely to find the Adler intel pretty quick, especially since usually more than one spawns here. Spawn points include on the bridge, a small building right next to the bridge, and other one near the satellite building.

This is a mid size area, expect to see a good amount of people here, but manageable since the area is a bit more open. The factory is located near the center of the map, sharing quadrant D5 and E5. Adler intel can be found in one of the manger hangers, though we usually find either on top of a silo, or by it. Image below shows one north of the airplane landmark. Again there are typically multiple scattered in the area.

In my honest opinion, this is by far the hardest of the three for Adler contracts. It’s a very small area, and because of that there is usually just one Adler contract available. You are going to be fighting a lot of people over for it, and my best advice is to go in with a full squad. The contract spawns in quiet a few locations, but it’s usually just one. These can either be the church building, a small house south of the farmland, or one north of it. 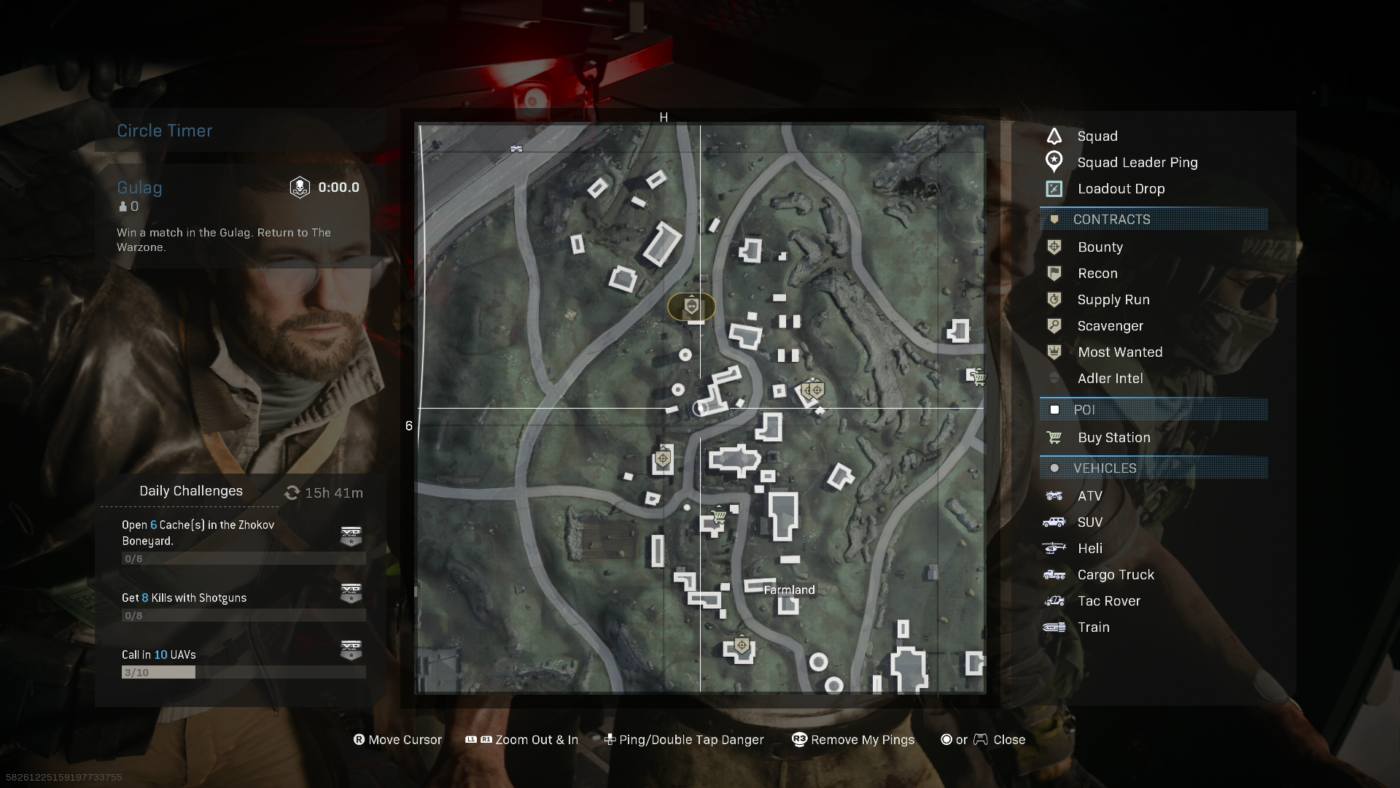 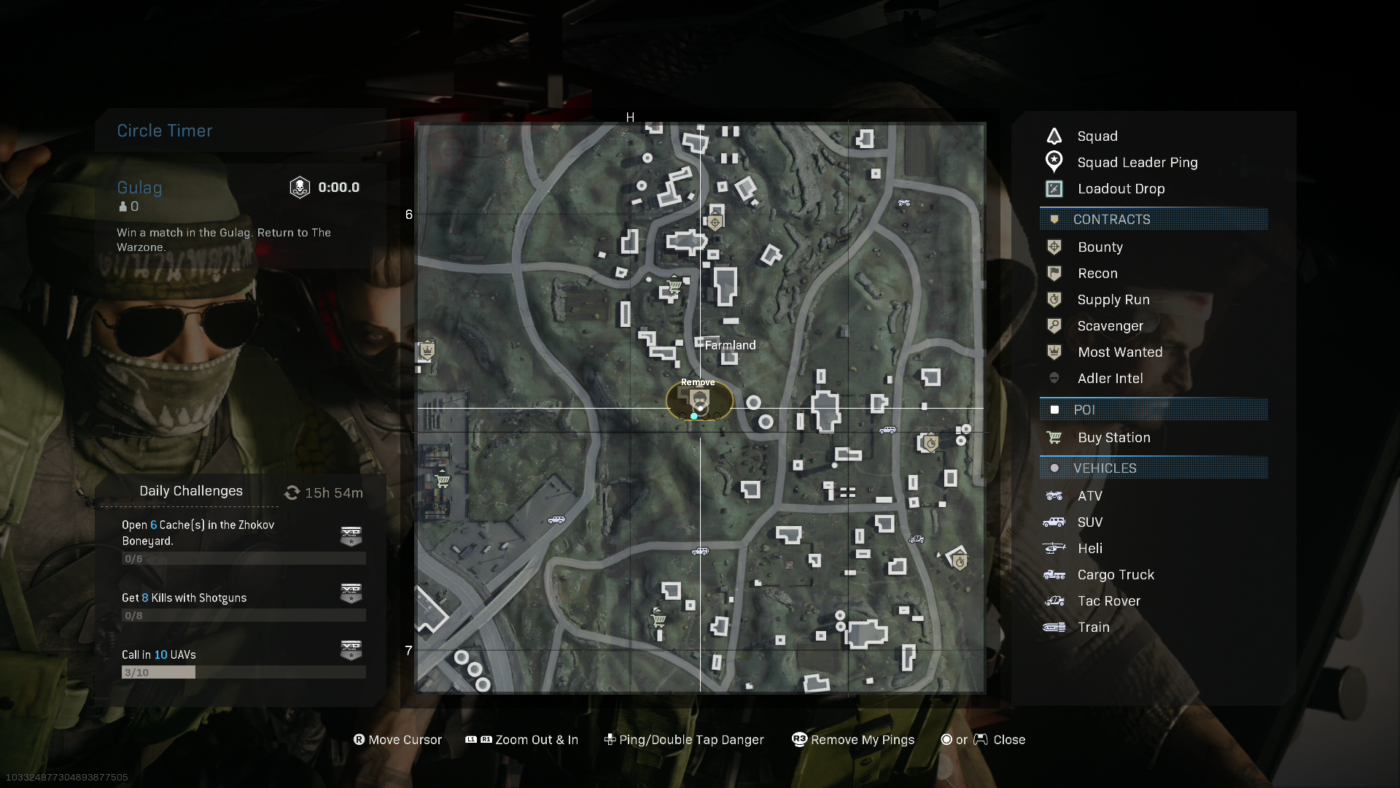 Again, it’s highly recommend you do this one with a squad you know, or at least pray you get some randoms who will help out.

Once you have completed all three intel Adler contract locations you will then unlock the new Adler skin as shown above.

Completing the Hunt for Adler Event in Cold War is more straightforward as it has you complete a set of missions. We will offer some tips to maximize and complete the event as quickly as possible, but first let’s go over the rewards.

What are the Rewards for Completing the Hunt for Adler Event in Black Ops Cold War? 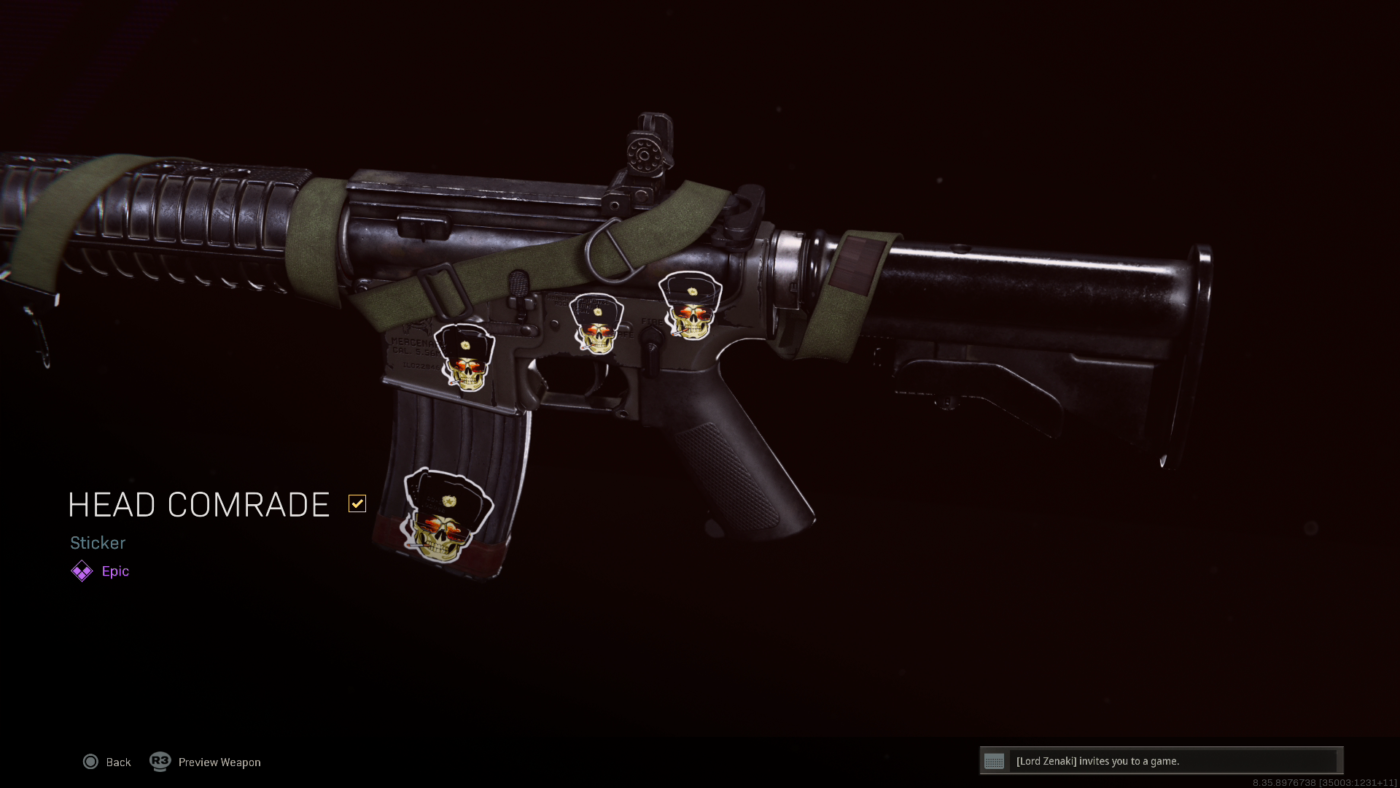 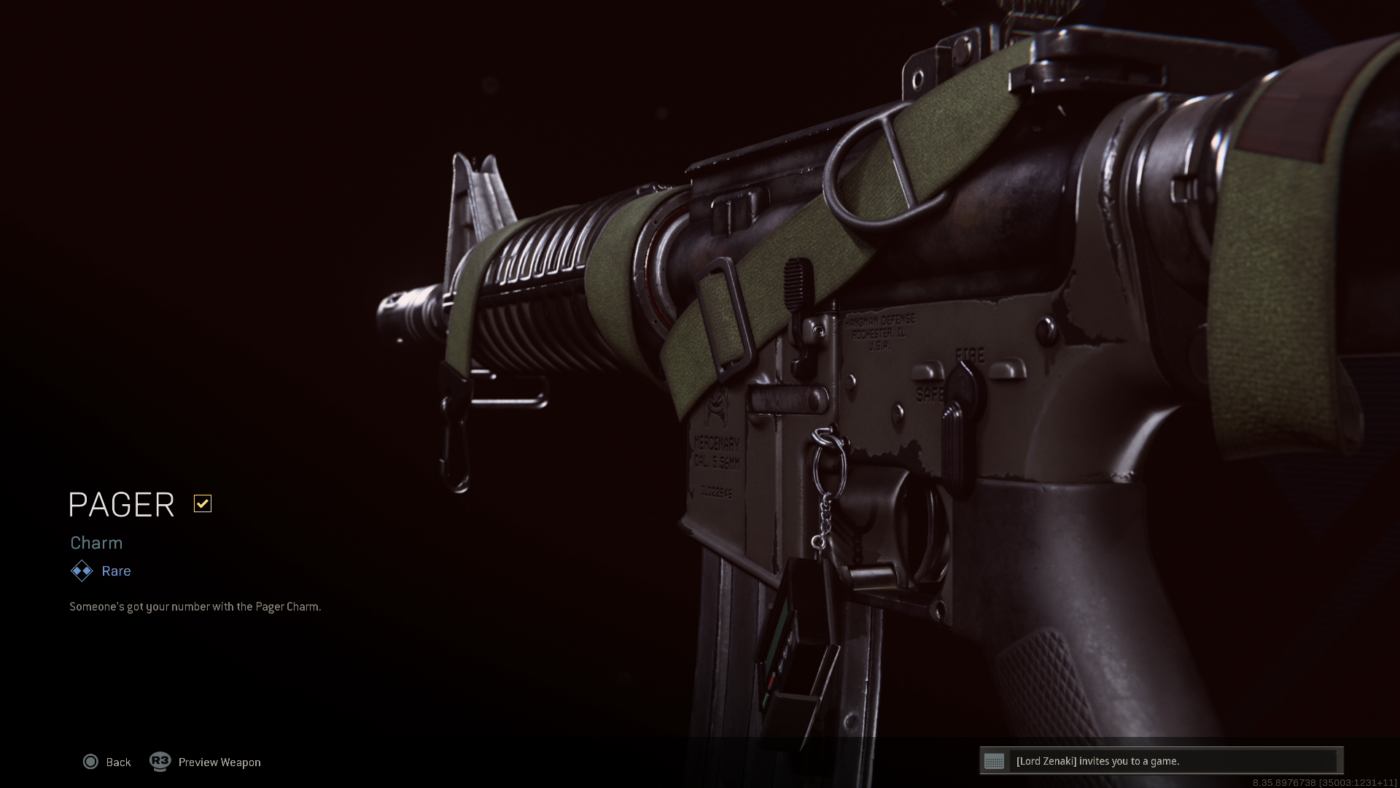 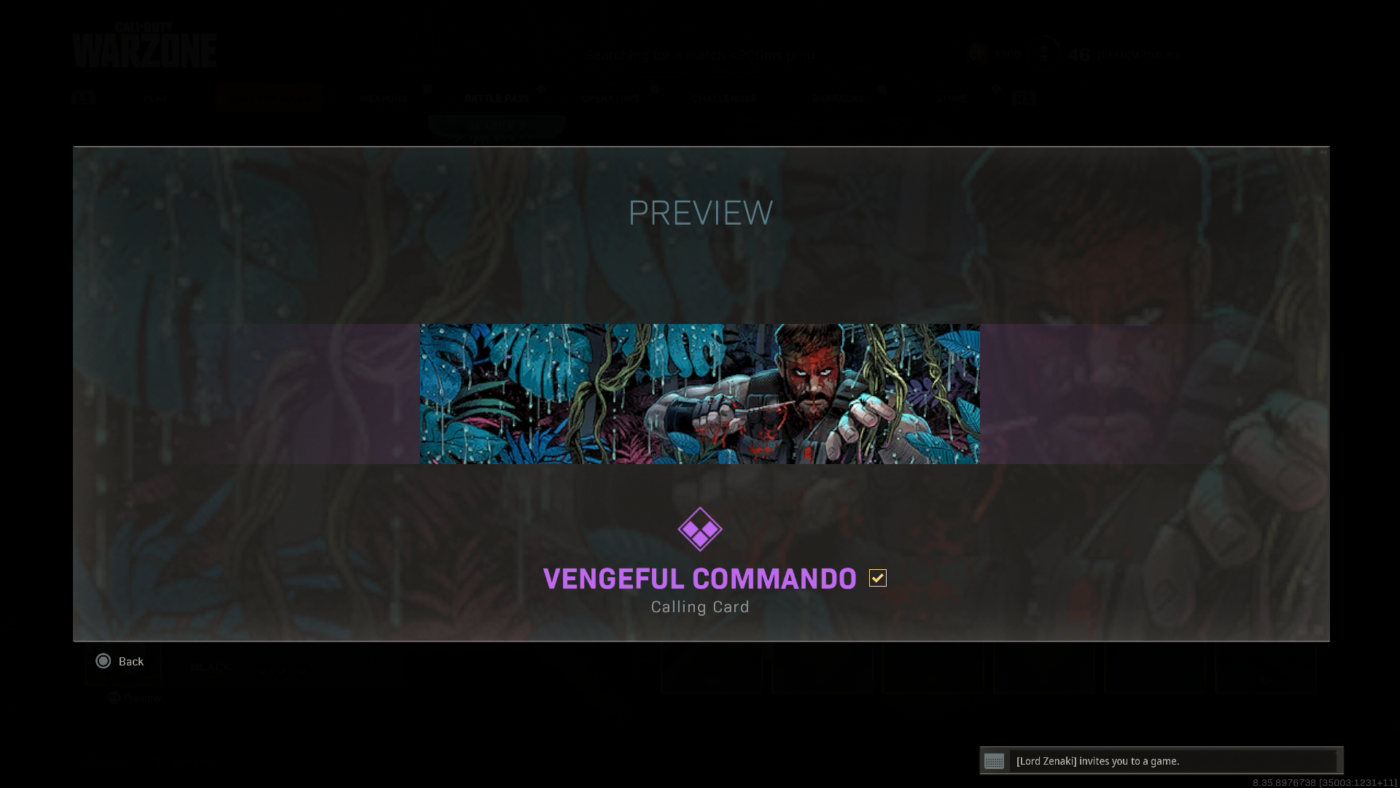 Play and complete 7 games on Yamantau – Start with this one first. Pretty self explanatory, just play this map 7 times and you will be rewarded for it. While you do play this map, I suggest you equip UAV and the Assassin perk so you can work towards completing the other ones.  There is currently a 24/7 playlist featuring Yamantau.

Kill 25 enemies on a killstreak while using the Assassin perk – If for whatever reason you weren’t able to complete this one in the previous step, then hop onto Nuke Town. Because of the small size of the map and the respawn rate you will likely finish this one here really fast.

Kill 25 enemies who have been revealed by your Spy Plane, H.A.R.P., or Field Mic – This is the one you will likely be working on last. Like the previous mission, i suggest you go into Nuke Town. If you completed the last mission, equip the Field Mic field equipment and be sure to place it somewhere on the map that players frequent. Chances are the only thing that will destroy it is a random grenade as most players will be focused on killing each other rather than destroying field equipment.

Once you have completed all three missions you will have unlocked the new Adler skin seen above.

And that’s all there is too it, hoped this guide has helped, now go out there are start earning!