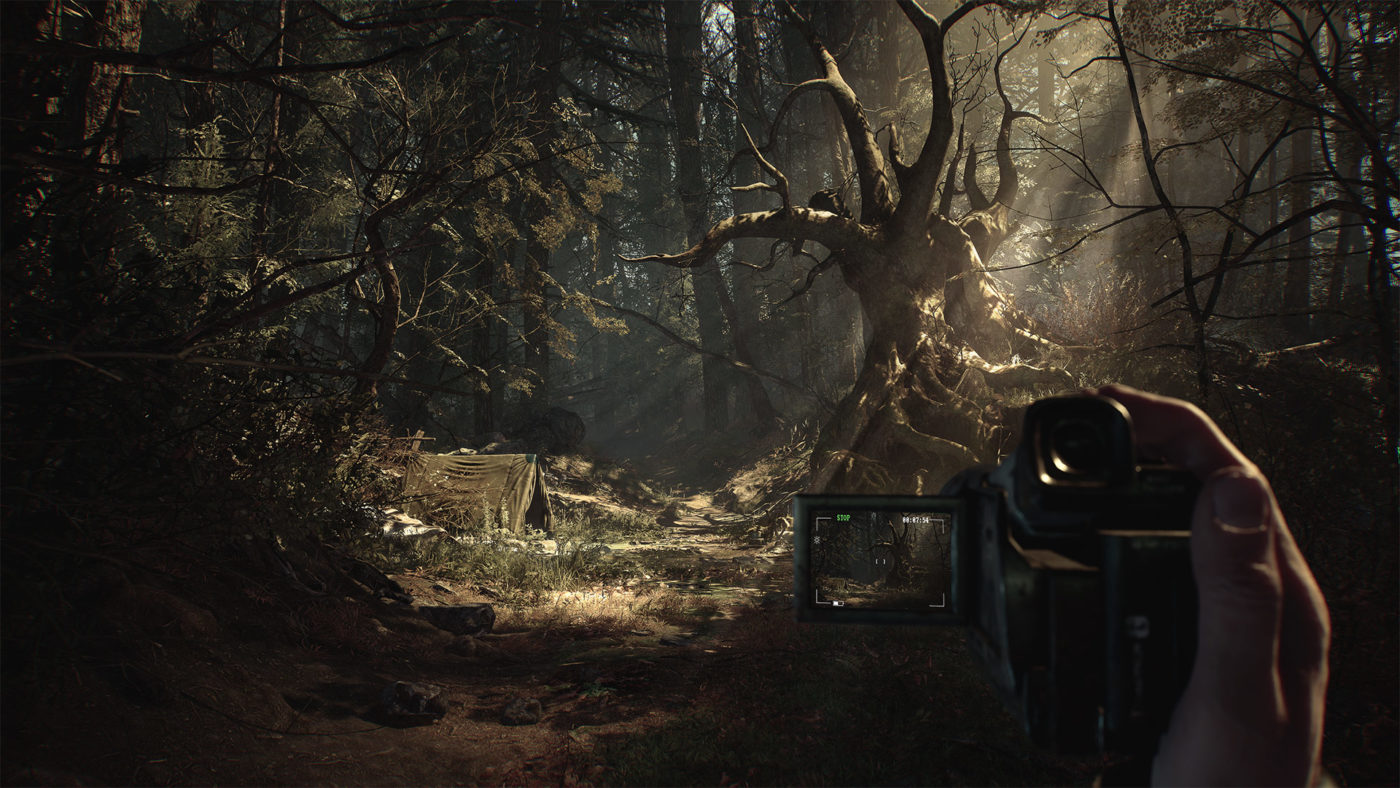 A new Blair Witch Project gameplay video has revealed what style of game the upcoming title will be. The gameplay shows the previously known first person perspective being used to uncover mysteries and solve riddles within the Blair Witch’s woods. Check out the trailer below and read on for more.

The video shows the game’s protagonist, a investigator, walking into the Blair Witch’s woods in search of answers. It’s unclear whether or not this is set in the aftermath of the Blair Witch Project movie, but there are some similar visuals between the two, such as stick figures being hung from trees.

In the video the protagonist is talking to someone named Jess, though little is known about this character. It’s likely that Jess is the protagonist’s partner in this investigation, since the pair seem to be checking in with one another. In terms of actual gameplay, it looks like players will be exploring the woods in search of clues. A dog is present in part of the video, which is used to uncover clues buried in the ground. However, later in the video the dog seems to disappear, and be replaced by a large enemy which is stalking the protagonist.

In order to differentiate itself from other first person survival horror games, Blair Witch needs to do something different. While no actual combat is show, it does look like players will be able to battle with enemies in some way, forcing them away from the protagonist.

It’s unclear, from this gameplay, how exactly players will be spending their time in Blair Witch. However, the rough outline appears to be searching for clues before heading to a location where an answer could be. Whether or not the players find answers is down to the story, and they could simply find an enemy that they must fight instead.

Blair Witch launches for PC and Xbox One on August 30 2019. While no confirmation of multiplayer has come yet, the title could feature a unique system that allows players to game together, just like how Man of Medan does.

Battlefield 5 Next Update Set to Roll Out Tomorrow, Here’s What’s in It