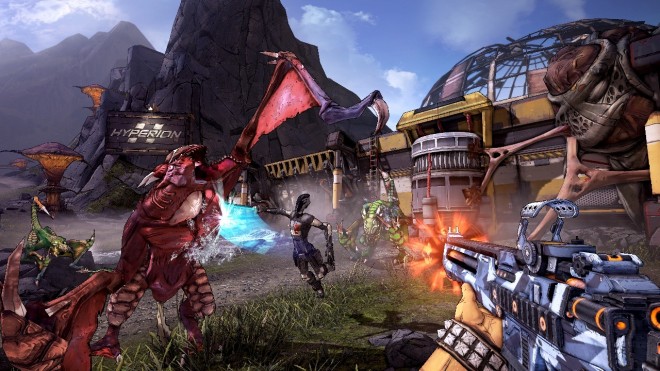 As of today, Gearbox Software’s highly anticipated sequel Borderlands 2 has been finalized and is going under certification, according to the latest posted by Gearbox’s community manager, Chris Faylor. This means all the on-disc game content has been finished and no changes can be made to the game after it’s been thoroughly tested.

Once the game passes it’s certification process and goes gold, the Borderlands 2 team will shift it’s attention to the post-release content with the first known DLC to include a new playable character called ‘The Mechromancer’ – available for everyone 60-90 days after Borderlands 2’s release date of September 18th.

However, those who pre-order any edition of the game will receive the following goodies:

You can also learn more about the Borderlands 2 Ultimate Loot Chest Edition and the Duluxe Vault Hunter’s edition by visiting the official website.

Also, along with the above bonuses, you will also become a Borderlands 2 Premiere Club member at no extra cost by pre-ordering the game.

Borderlands 2 will be released on the PC, PS3, Xbox 360 console September 18th. For more information on Borderlands 2, check out our articles that reveal the new ‘Badass System’ and length of the campaign, as well the new ‘Stash’ feature.