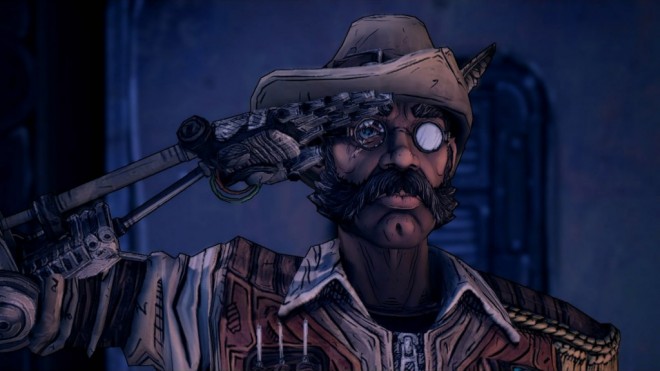 By now, you’ve most likely heard that Sir Hammerlock’s Big Game Hunt can be expected to arrive on your platform of choice on January 15th. Also by now, you’re probably wanting to see some in-game footage of this upcoming DLC. If so, we got you covered with a video show casing Sir Hammerlock’s Big Game Hunt in action thanks to the great people over at Gamespot. So, enjoy!

Let it be known that this video does contain spoilers of Sir Hammerlock’s Big Game Hunt, so watch at your own risk.

In case you can’t watch the video, here are some tid-bits of new information that haven’t been covered yet:

But that not’s all, as IGN has also revealed during an recent interview with Gearbox that Borderlands 2 might be seeing more DLC fleshed out once the current season pass ends. This stems from 2K wanting to support Borderlands 2 as long as fans show interest in the game, which could mean we might see more DLC character classes and expansions.

Additionally, President of Gearbox Software, Rand y Pitchford recently hinted on Twitter, “we are working on a big add-on/expansion for next year with deeper progression. I will share details and timing as we settle in with them.”

With Gearbox still exploring how they would want to implement the level cap which is set to be raised during the first quarter next year, two probable solutions could be to introduce it in the fourth DLC or as an individual download. However they will implement it, they have assured that it will make people want to play through the entirety of the game again.

How would you like to see Gearbox implement the increased level cap? Let us know in the comment section below!