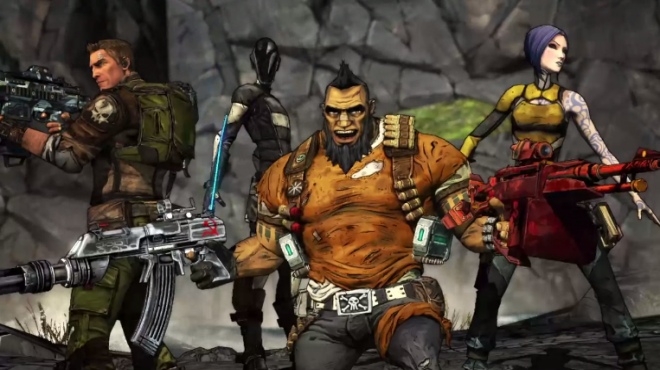 Being handed out like candy, it seems like these Borderlands 2 Shift codes, which unlock golden keys for use on the golden chest in Sanctuary, netting you loot of purple tier or higher for your characters current level, are becomming a common thing now-a-days.

But for this week only, the folks over at Gearbox have something special in store for all Borderlands 2 players. All week long, they are giving out special Shift codes that, once redeemed, add one of the newest class mods that are featured on the latest campaign add-on, Tiny Tina’s Assault On Dragon Keep.

You can catch the first batch of Shift codes below that unlock a special class mod for the Commando character class:

Note: In order to redeem these on Xbox Live, you must have a Xbox Live Gold subscription.

Additionally, you can expect a new Bunkers And Badasses Shift Code to be released each day until July 14. Be sure to keep up to date with all the codes by following this link.

That’s not all, as the folks over at DLCcentral have also got some special Shift codes that, once redeemed, unlock a purple tier Torgue shotgun, an orange tier Transformer shield, which upon taking shock damage refills your shield and has a chance to absorb bullets into ammo, and another orange tier loot, the  Leech transfusion grenade, which instantly gives  you back health depending on the damage it inflicts.

Unfortunately, as you can tell, there’s no Shift code for the PC/MAC version that grants the items stated above. Although, for console owners, there’s no immediate rush to redeem these codes as they are set to expire on September 7.