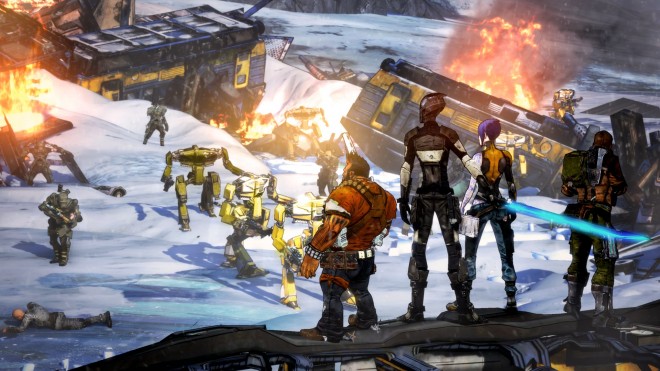 Those who have been eagerly waiting on more news regarding Ultimate Vault Hunter Pack will be happy to know that this add-on for Borderlands 2 will add E-tech ‘Ancient’ Relics, according to Gearbox community manager, Chris F.

This is in addition to 11 new levels and skills points, as well as the return of the super rare yet powerful Pearlescent tier loot.

The Ultimate Vault Hunter Pack is set to be released on April 2nd for $4.99/400 Microsoft Points, or free for season pass holders. However, for those who will be skipping out on pack, Gearbox still has a surprise for you in the form of a free update.

Speaking of bug fixes, a new hot fix is was recently made available for Borderlands 2 across all platforms. In order to receive it, simply be connected to the internet once you reach Borderlands 2’s title screen. To find out what exactly this hot fix addressed, simply scroll down:

According to ChrisF, Ultimate Vault Hunter Mode is also set to include the option to completely restart the story progress at any given time.