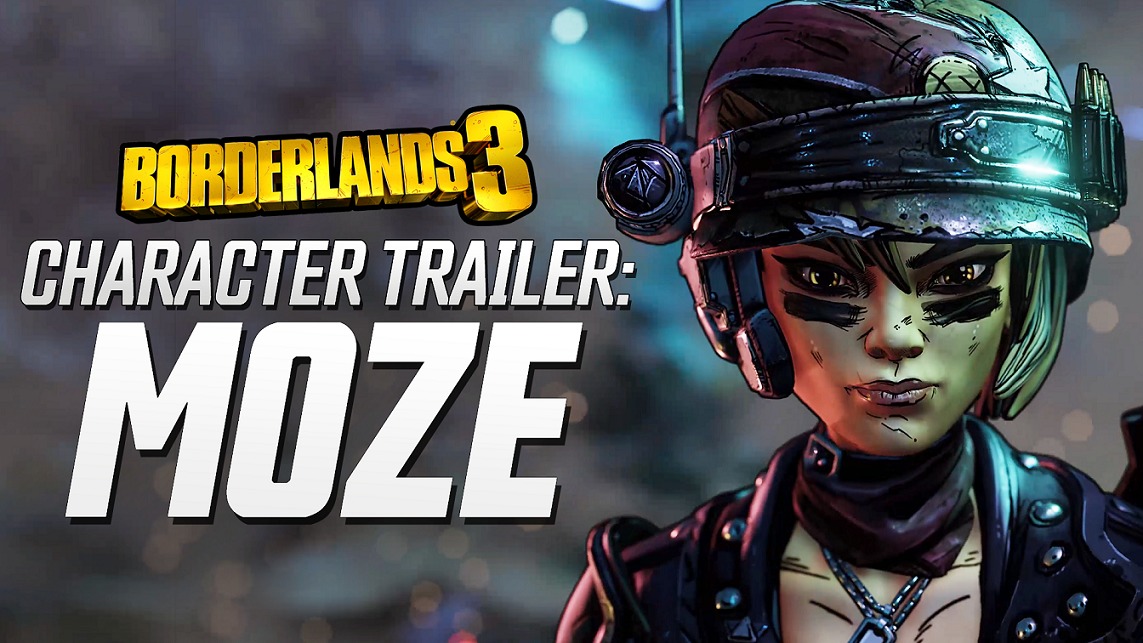 Make Moze and Iron Bear all but unbreakable with the Shield of Retribution skill tree. The Railgun is a great Action Skill weapon for sharpshooters, as Iron Bear fires off electrified, high-velocity projectiles that can easily vaporize your target if your aim is true. By investing a few skill points in Shield of Retribution, you can also access the Bear Fist Action Skill that lets Iron Bear pummel enemies into a pulp at close range.

Moze and Iron Bear already make a great pair, but you can be even more of a team player with some Shield of Retribution skills, like sacrificing some health to give you and your allies incendiary damage whenever you reload. You can also buff your shield’s capabilities by improving maximum capacity, recharge rate, and more. Here are some other helpful skills:

Action Skill Augments along the Shield of Retribution skill tree include improvements like making your Railgun shots chain out extra shock damage to nearby enemies and causing the Bear Fist to launch forward and yank enemies over to you. As if Moze and Iron Bear weren’t tough enough already, the Shield of Retribution skill tree will turn you into a true walking tank.

“With the knowledge of Moze’s arsenal, I would recommend exploring the Demolition Woman skill tree. Iron bear is a crucial part of the Gunner’s gameplay and, at an early level, players can successfully rely on the splash damage of its Grenade Launcher. The skill tree offers multiple ways to customize your play-style. Equip the passive ability Stainless Steel Bear, offering additional armor and fuel to stay in Iron Bear longer, or utilize Torgue Cross-Promotion to increase splash damage. Don’t forget to equip Moze’s action skill in both slots to access the Iron Bear ability, it’s too good!” – Daquan Sease, QA Tester

You’ll have a blast again and again with the Demolition Woman skill tree. Your starting Action Skill attachment for Iron Bear is the V-35 Grenade Launcher, which fires off a steady stream of grenades that aren’t affected by Moze’s equipped grenade mod. Your enemies will have a hell of a time trying to stay clear of all the splash damage; more likely, they’ll be blown up into a chunky mixture of blood and guts.

Whether you’re firing off grenades with Iron Bear or throwing them by hand, the Demolition Woman skill tree helps you get the most destructive force possible packed into every explosion. You’ll find helpful passive skills that do things like give Moze’s grenades a chance to score a critical hit, or increase her grenade carrying capacity. Other Demolition Woman skills include:

Alternate Demolition Woman Action Skill weapons for the Iron Bear include the Vanquisher Rocket Pod that can rapid-fire rocket volleys, along with Action Skill Augments that make those rockets lock-on and more. If your idea of a good time involves copious explosions and scads of shrapnel, the Demolition Woman skill tree should satisfy your appetite for fiery destruction.

Guns don’t do much without ammo, but yours will rarely run dry with the Bottomless Mags skill tree. Give Iron Bear that classic mech aesthetic with the Minigun Action Skill weapon that spews out a steady stream of hot lead. The Bottomless Mags skill tree is also where you’ll find the Salamander Action Skill weapon, a humongous flamethrower that can fry nearby enemies to a crisp.

You’ll find a good number of straightforward passive skills in the Bottomless Mags skill tree, like increases to Moze’s magazine size and more incendiary damage for both Moze and Iron Bear. But there are also some nifty skills that you can plan your entire build around, focusing on the boosts provided by skills like:

You can improve your Minigun with Action Skill Augments that let you do things like deal increased damage as your gun heats up or fire explosive rounds. The Salamander has some equally fun Action Skill Augments, like dealing corrosive damage by dousing enemies in acid instead of flames. Anyone who loves hoarding ammo and firing off rounds in equal measure will appreciate the bullet bounty inherent to the Bottomless Mags skill tree.

Borderlands 3 will be out this September 13 on the PS4, Xbox One, and PC.