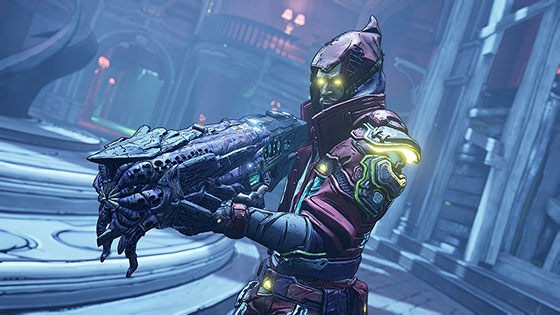 Those looking to increase and gain more ability points for their character in Borderlands 3, rejoice! The Borderlands 3 next level cap increase is happening this week confirmed by developer, Gearbox Software!

In the latest episode of The Borderlands Show, Gearbox showcased gameplay of the upcoming campaign DLC, Guns, Love, and Tentacles: The Marriage of Wainwright & Hammerlock, which is due this March 26! While the DLC isn’t free, it will come with two free content updates that applies to all players! Starting this Thursday, the Borderlands 3 next level cap increase will kick in and the maximum Vault Hunter rank will be 57 (up form level 53 previously). Players can earn four additional skill points and equip two more capstone abilities at once!

In addition to that, Gearbox also announced two free content updates coming to Borderlands 3 this April! There’s Mayhem Mode 2.0, and the Revenge of the Cartels seasonal event. Mayhem Mode 2.0 will include changes to the user interface (UI), additional Mayhem modifiers, and even a brand-new, Mayhem-specific weapon drop system.

As for Revenge of the Cartels, it’s set to launch alongside Mayhem 2.0, and will be a new six-week seasonal event that will affect the entire Borderlands 3 universe. Players will need to help Maurice wipe his debt clean to some rather unruly individuals.

You need to help Maurice wipe his slate clean by taking care of different thugs hiding out across the solar system including areas added in campaign add-ons; you’ll recognize them by their flashy neon attire. Once you’ve eliminated enough of these operatives, Maurice will use his handy portal device on Sanctuary III to whisk you away to The Mansion, a swanky new map where Joey Ultraviolet and his goons are hiding out.

Your encounters in The Mansion will change depending on which of three distinct gangs currently reigns over the Cartel. You won’t know what kind of enemies to expect until you’re in the thick of battle, beyond the fact that you’ll never fight the same faction twice in a row. Better yet, each gang has some unique loot drops and Anointed parts, so repeat runs are highly encouraged. An added suite of Cartel-themed Challenges will let you unlock Revenge of the Cartels gear, including some ‘80s-tastic Vault Hunter cosmetics. And of course, you’ll have the option to turn Revenge of the Cartels on or off as you choose for the duration of the event.

Once this patch is out, expect us to report on all the changes ASAP.