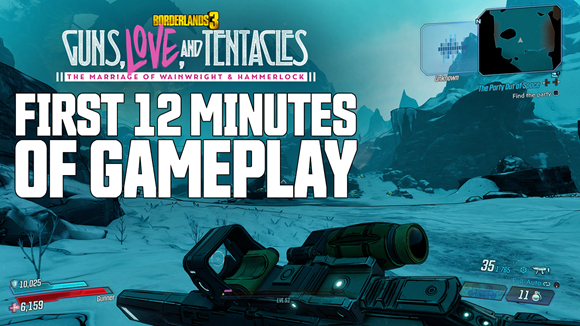 Check out 12 minutes of gameplay below.

Here’s the full description for the DLC straight from the press release:

In case you missed the original announcement, Sir Alistair Hammerlock and Wainwright Jakobs are finally tying the knot, and they want you to come celebrate on the ice planet of Xylourgos, where a gargantuan monster lies frozen above a village full of deranged occultists.

You’ll have to fight back the forces of otherworldly evil if Wainwright and Hammerlock are to have their happily ever after. Luckily, the most badass wedding planner in the galaxy has your back: Gaige, a former Vault Hunter who’s inseparable from her robot BFF Deathtrap. And that’s not all: