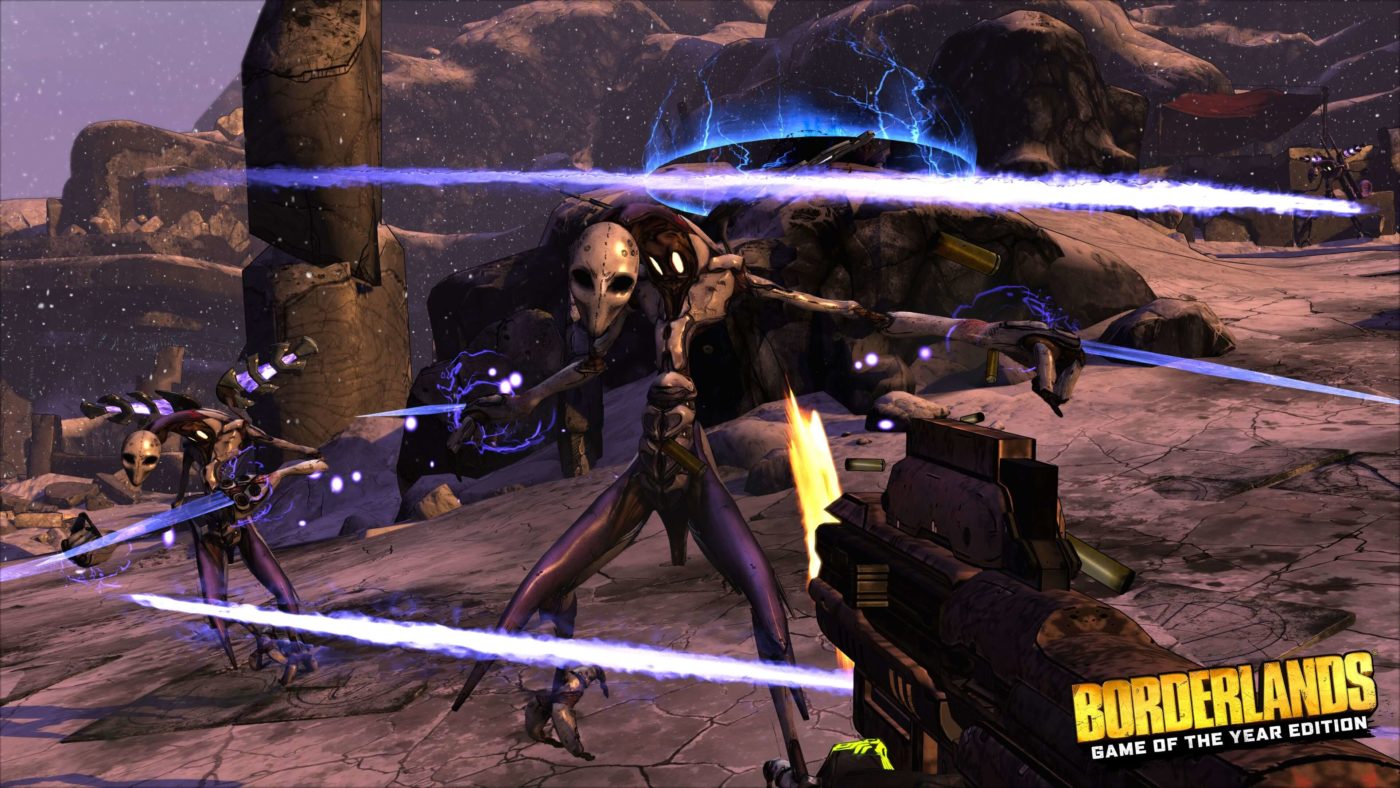 Borderlands: Game of the Year Edition Release Date, and All the Borderelands-Related Announcements in One Place

While the major announcement for the day out of Gearbox is undoubtedly, Borderlands 3, the studio also had a lot more announcements related to the franchise during its PAX East panel earlier today.

Another announcement was the Borderlands Ultra HD Texture Packs, which is a free optional download! According to the press release, this “increases the visual fidelity of Borderlands: The Handsome Collection and its DLC on consoles, and provides a visual upgrade for Borderlands 2, Borderlands: The Pre-Sequel, and all their DLC on PC”

Finally, Borderlands 2 VR will be getting all the Borderlands 2 DLC this summer 2019 for free! More details will be revealed at a later time, but the keyword here is “free,” which should mean that everyone who has the game can and should download it when it’s out.